Confusion between average and rms calculation for power

I have a DC source where DC Voltage = Vdd and the current supplied by this source is rectified sine wave to a circuit. 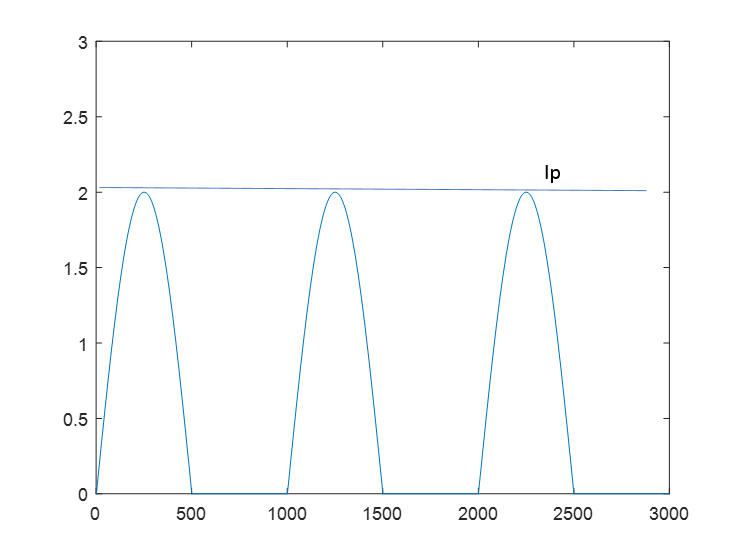 Which one is correct and why?

According to me the average way is correct, because the average of instantaneous voltage times current should give you the average power. But then I cannot understand why RMS way is wrong! There is plenty of literature on RMS and average power but they generally deal with either sinusoidal or square waves voltages and currents.

The source of the confusion here is from the second equation you list:

This equation is true under the assumption that both the voltage and currents are sinusoidal and in phase. The derivation works out that way, so it is a simple way to calculate average power under that specific circumstance. The instantaneous method you used is the general case, and should work under all circumstances.

You can examine this in your head using superposition.

The net effect of those AC powers is zero.

Not the answer you're looking for? Browse other questions tagged power basic rms or ask your own question.

1
Average Power Formulas
30
Why is root mean square used when calculating average power, and not simply the average of voltage/current?
0
Full-wave controlled bridge rectifier and the RMS voltage derivation?
0
AC RMS and DC average voltage
2
Why use RMS instead of the average voltage of half the cycle for power
6
Why is the efficiency of a half wave rectifier equal to 40.6% and not 50%?
1
RMS value calculation of 3 phase line voltages for power calculations