How do I use this Strain Gauge sensor?

The diagram is quite confusing, I think I can see it is somehow part of a wheatstone bridge. 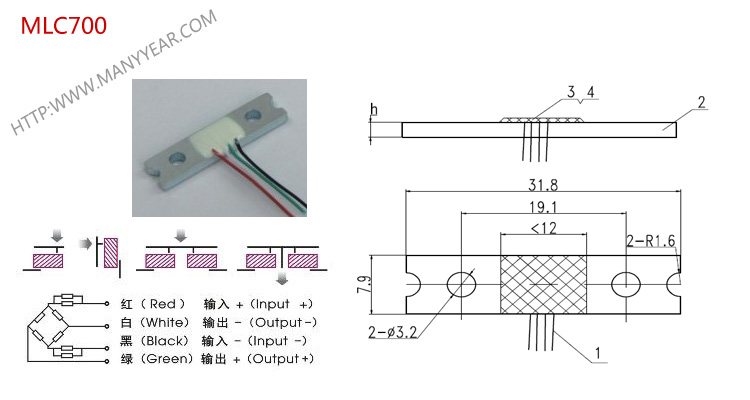 But from reading up on Wheatstone bridges, each strain gauge should only have 2 wires and these gauges have 4? Is the diagram showing how to use just one gauge or many?

Wheatstone Bridge style strain gauges have 4 wires, as shown in the circuit diagram you posted. Red and Black are for your excitation voltage, white and green is your differential output voltage that's scaled by that excitation voltage you provide.

This is from an Analog Devices reference design for a weigh scale, showing how it is used in practice 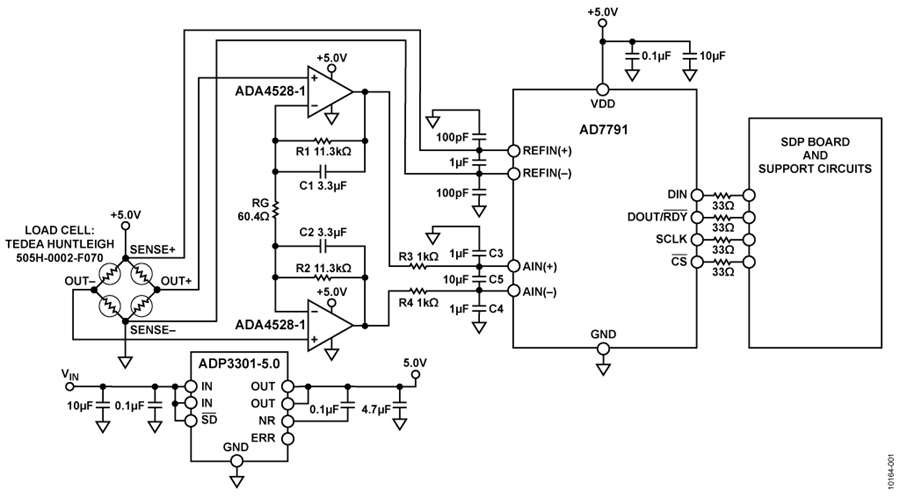 These pins are labeled with colors; RED, BLK, WHT, GRN, and YLW. These colors correspond to the conventional color coding of load cells, where red, black, green and white wires come from the strain gauge on the load cell and yellow is an optional ground wire that is not hooked up to the strain gauge but is there to ground any small outside EMI (electromagnetic interference). Sometimes instead of a yellow wire there is a larger black wire, foil, or loose wires to shield the signal wires to lessen EMI. 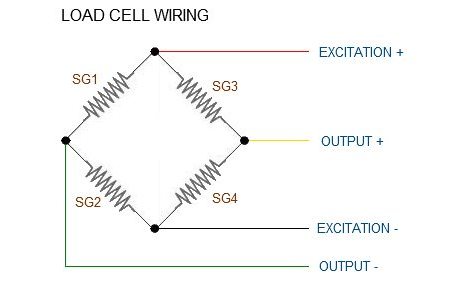 In General, each load cell has four strain gauges that are hooked up in a wheatstone bridge formation as shown above.

The four wires coming out from the wheatstone bridge on the load cell are usually:

Some load cells might have slight variations in color coding such as blue instead of green or yellow instead of black or white if there are only four wires (meaning no wire used as an EMI buffer). You might have to infer a little from the colors that you have, but in general you will usually see these colors.

Not the answer you're looking for? Browse other questions tagged circuit-analysis wheatstone-bridge strain-gage or ask your own question.