I am currently looking at the datasheet of a LED and have snipped out the passage of interest. 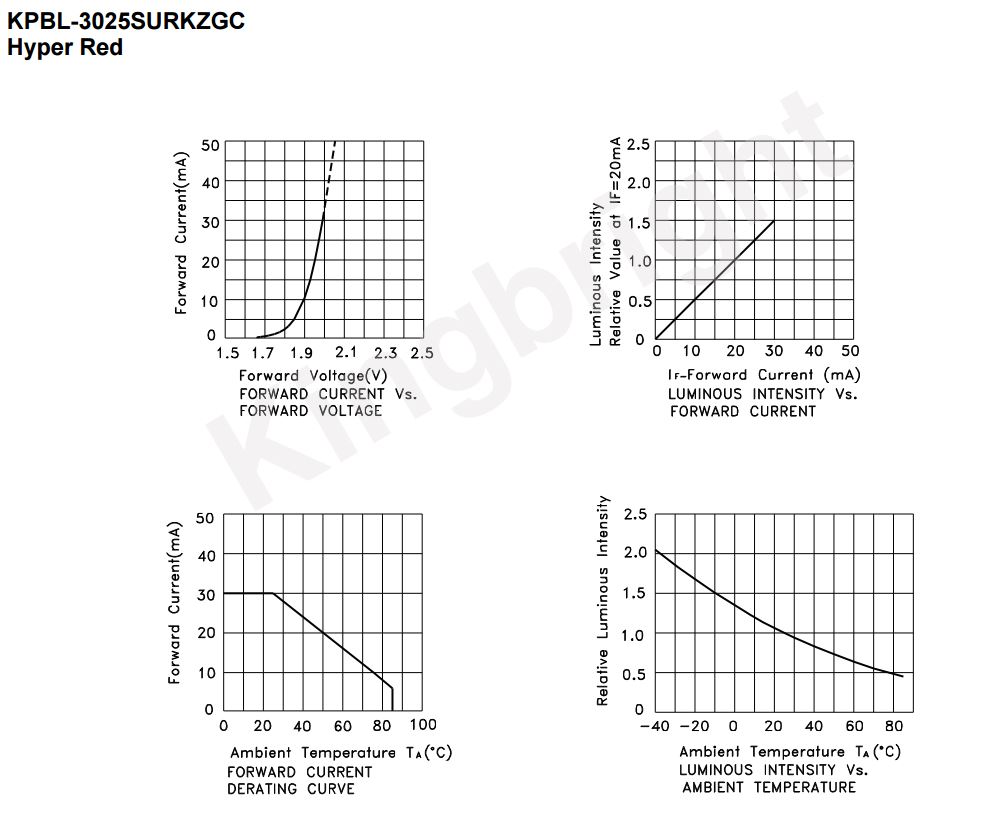 The question is how do I find out the intensity I can reach at a specific temperature/current by using the these curves?

Assuming I have an high ambient temperature of let´say 80°C, the current derating curve (current versus Temperature) would tell that I can´t drive the LED with more than approximately 8mA.

Looking at the Intensity versus current, I can see that at 8mA, I can expect about 0.4 of relative Intensity. Fine so far.

That seems really low. Is the interpretation I have described correct or did I considere some effect(s) twice?

Since the comments agree, the derating described is correct, that means: When driving the LED savely at 80°C (with about 8mA of forward current), the relative intensity is down to about 0.4*0.5 = 0.2 (w.r.t. to the intensity at a forward current of 20mA)

Not the answer you're looking for? Browse other questions tagged led derating or ask your own question.

0
Changing LED intensity by changing voltage
0
Simple circuit to fade in / fade out LEDs randomly
2
How to build a continuous LED bar?
8
How to derate a ceramic capacitor for DC bias
0
LED Intensity variation with Temperature (At constant Forward Current)?
0
Temperature Controlled LED
0
Calculating SMD resistor temperature rise
0
How to find the best way to fade in/out?
0
How can I figure out what the forward current and forward voltage will be for an LED given a resistor size