Torque control of a BLDC motor acting as a generator

I'm trying to build a dyno for electric motors. The dyno consists of two motors: a motor under test (MUT) and a load motor. The two motors are connected together through a shaft. On the shaft there's a torque sensor mounted.

For a load motor, I'm using a Revolt 160 Pro (12kW) with a SEVCON GEN4 controller. The idea is to run the motor from a battery or a power supply (connected to the SEVCON controller). When the load motor is acting as a generator, the three phase terminals of the load motor are gonna be switched to a circuit with a dump load to dissipate all the generated power. 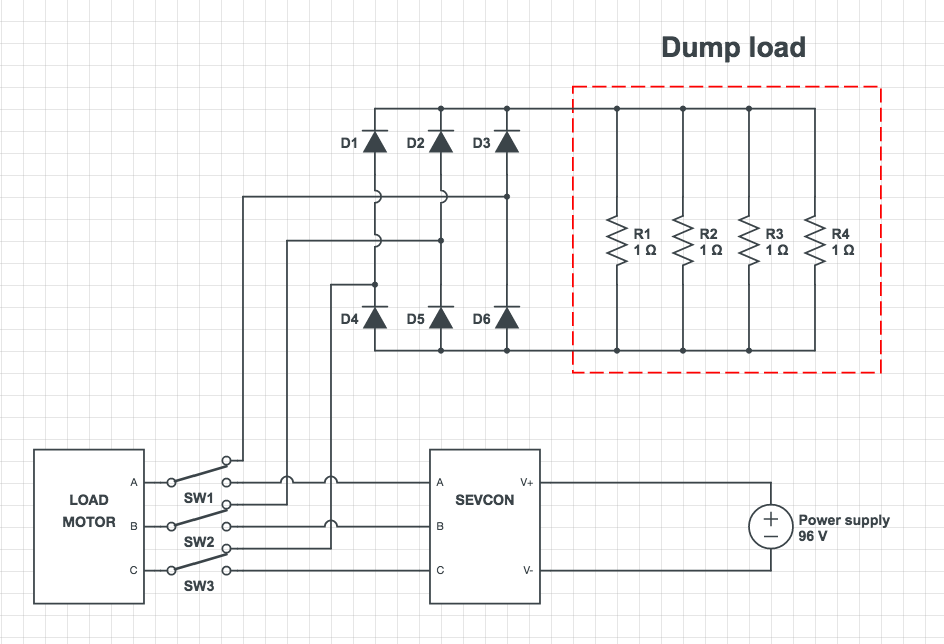 Not the answer you're looking for? Browse other questions tagged generator brushless-dc-motor motor-controller or ask your own question.

0
driving a synchronous motor as a generator
1
Sensorless driving of 3 phase BLDC motor for gimbal applications?
0
Universal motor as DC generator
0
How does a generator not stop itself?
0
Dc motor as torque transducer for BLDC motor
4
How to measure DC motor (used as generator) efficiency using homebrew methods?
1
What governs the output voltage of a three-phase generator?