Can I detect zero crossing on the transformer's secondary?

In this answer poster uses the rectified secondary's half sines to detect the zero crossings of the mains voltage. Can you do that? I thought there was a phase difference between primary and secondary, depending on the load.

edit
If there is a phase shift, can it be so big that it's unusable for detecting the zero crossing?

If we consider the equivalent circuit of a transformer below, at low frequencies the response is dominated by the effects of the primary resistance and the primary inductance which form a high-pass filter. The cut-off frequency of this filter is given by \$f_c=\dfrac{R_P}{2\pi.L_P}\$.

As the frequency increases, the primary impedance becomes more inductive producing a phase shift in the current. This phase shift subtracts from the original shift and the overall phase shift falls towards zero (but never quite getting there).

If there is a resistive load on the secondary, the leakage inductance eventually comes into effect forming a low-pass filter with the reflected load resistance. This will cause the phase shift to lag further, towards -90°

To take a worked example, I tried to find some specifications for the inductance of mains transformers but manufacturers don't seem to specify this. So I measured a random transformer with a hand-held inductance meter and got 2.5H (hopelessly underestimated since the meter is a cheap audio frequency type). The primary resistance is 47\$\Omega\$. This gives a cutoff frequency of around 3Hz, at which the phase shift will be 45°. At 60Hz, this would have fallen to 2.9°

So that's the "why", but whether this error is significant depends on the application. As others have noted, an opto-isolator may well be a better solution. 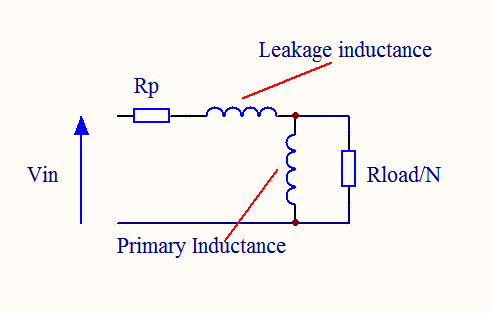