I am using this active bandpass filter for one of my projects: 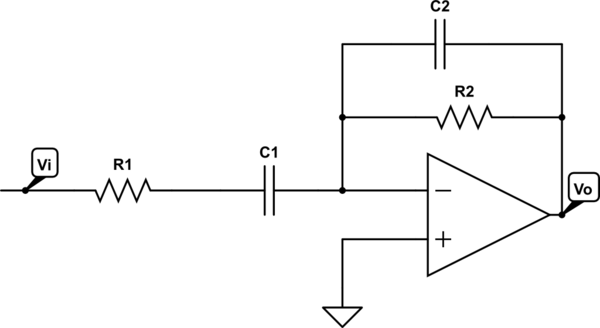 I already know the transfer function of Vo/Vi and the voltage gain:

My question is simple:

How can I derivate the cutoff frequency formulas only by knowing the transfer function? I've seen some examples online but none of them included an active band pass filter. Thanks in advance.

This is all done by rearranging the formula the proper way or in a low-entropy form. I have derived the transfer function of this circuit in a previous post and the raw formula is the one you gave. However, your formula does not reveal the presence of a band-pass gain and this is often what is needed for designing such a filter. In the post I mentioned, I reorganized the transfer function with a \$Q\$ factor. You can rework your original expression a bit differently. With your transfer function, simply factor \$sC_1R_2\$ in the numerator and \$sR_1C_1\$ in the denominator. The \$s\$ goes away with \$C_1\$ and you now have a leading term with the dimension of a gain. This gain is not the mid-band gain you have when the magnitude plateaus:

You know a pole is the inverse of the natural time constant in a first-order circuit. The above expression can thus be advantageously rewritten in its final low-entropy form where the gain appears together with the two poles:

The below Mathcad sheet shows all the transformations and compares the raw expression response versus the final one. Please note the presence of the inverted pole in the denominator. \$H_6(s)\$ includes the quality factor and predicts the mid-band gain nicely. 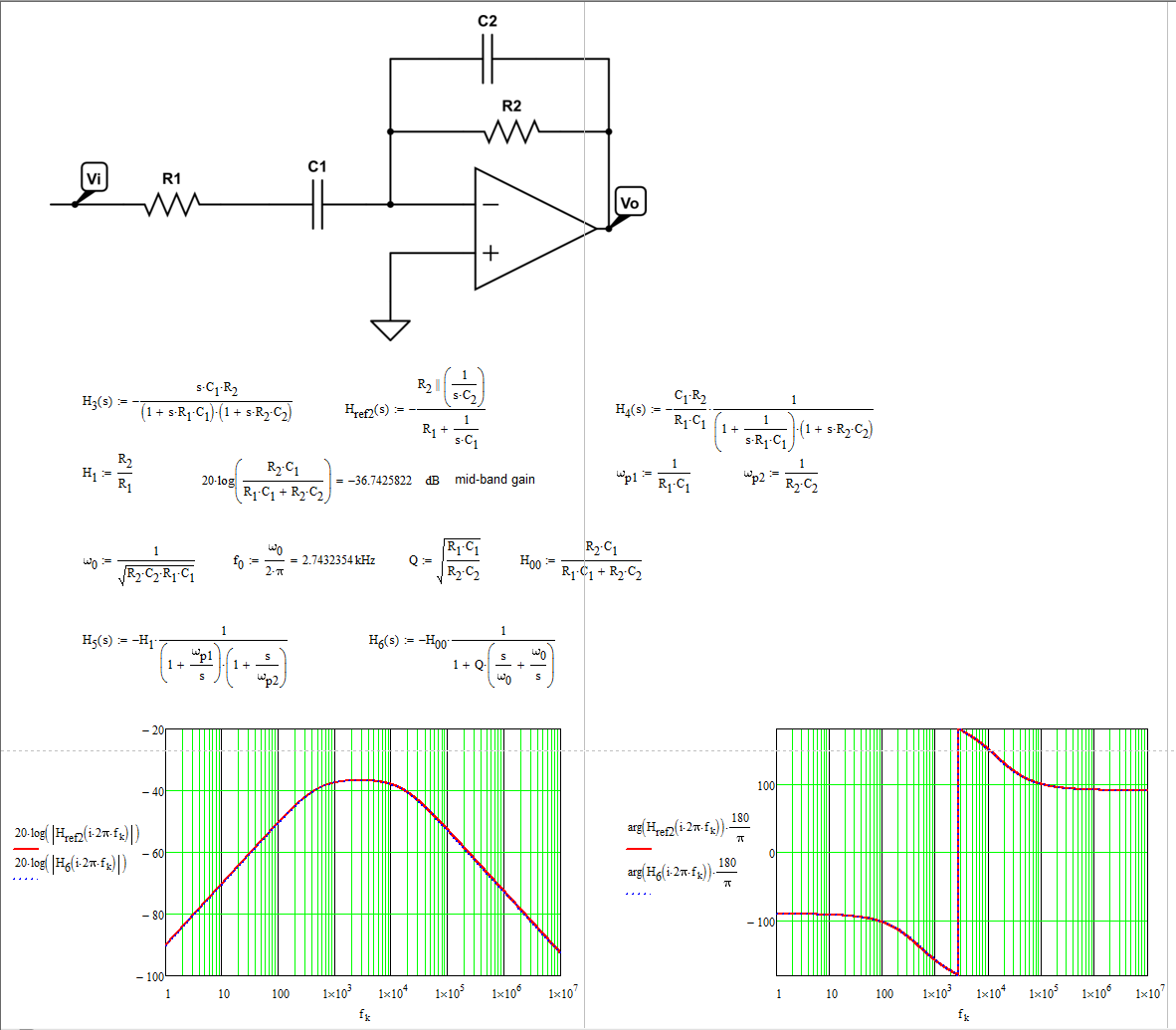 Expressing the transfer function this way lets you distinguish the gain and the two poles affecting this circuit. Your original formula was obviously correct, but you could not easily calculate the elements to match a design goal. You can learn more about the manipulations of transfer functions through various books like this one and this one.

This is a primitive 1st order HPF LPF with impedance ratio transfer functions and standard Bode with linear superposition rules or Laplacian analysis may follow.

The order of the filters improves the characteristics by the number of reactive parts included.

For example with 8 caps one can use automated tools to make a low ripple maximally flat Chebychev BPF 8th order BPF with one quad Op Amp.

Show below is the response after 2 stages in white and 4 stages in red. 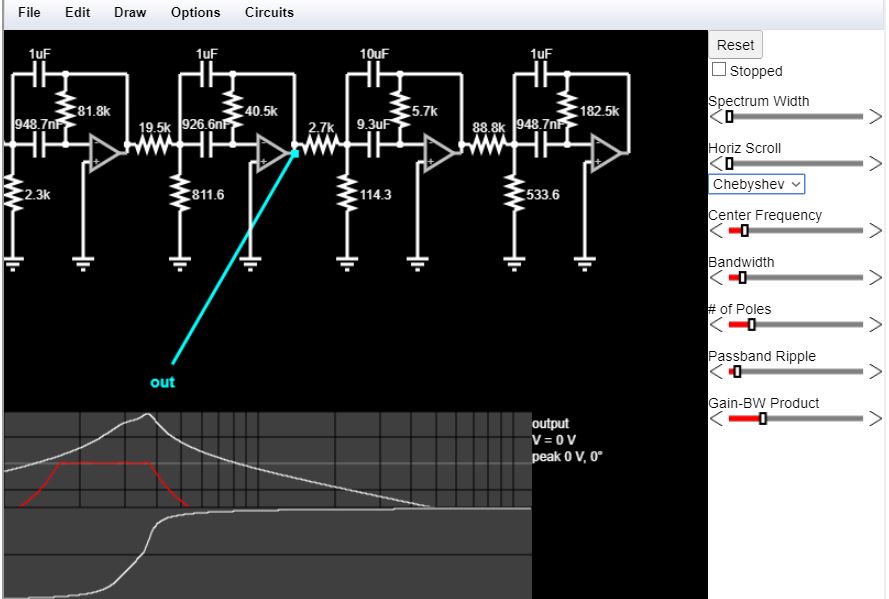 TI.com also has free tools for Active Filter Design on their home page.

If you know the transfer function, then you know all there is to know about the filter.

'Cutoff frequencies' are purely a matter of definition. With low order filters like this, people generally use the frequencies at which the response is 3dB down. So set the response magnitude equal to 0.7071, and solve for frequency.

With a higher order filter, it may be more appropriate to use 1dB or 0.1dB for the passband edge, or -40dB for the stopband cutoff frequency. Again, set the response magnitude equal to those values, and solve for frequency.

Not the answer you're looking for? Browse other questions tagged operational-amplifier active-filter or ask your own question.

4
Gain of filter is higher than calculated - why?