MOSFET for directly switching 24 Volt loads - any reason not to use the IRL8743PBF?

I am searching for the best solution for using a Raspberry Pi 3 to control a 24 Volt load at modest amperage.

It seems like the best choice is the IRL8743PBF because it can be switched to fully-conductive by a 3.3 Volt logic signal and can handle at least an amp of current flow without a heat sink. Plus it can plug into a breadboard. 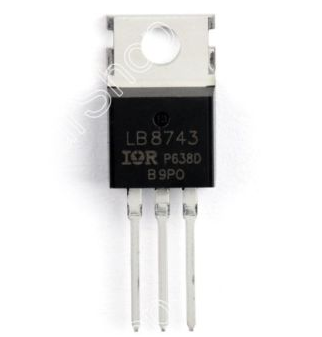 I've found that it can be purchased in 5-packs via the slow boat for $2.55 with free shipping HERE.

Question: Is there any reason not to use this one?

Judging from the IRL8743PBF datasheet you linked, you might be in for a bumpy ride if you drive them straight from a logic pin.

You mentioned a load current of 1A. If my estimated ~100mΩ is correct, that's 100mW dissipated at 0.1V drop, which sounds perfectly reasonable, but all this is based on estimates from typical values. Not facts of worst-case values.

You're probably better off driving them from a higher gate drive voltage (4.5V will do. You can't use the 24V, too high), with a NPN transistor driven by the Raspi to shunt the gate to ground. See the circuit from this EE.SE answer from Majenko for an example: 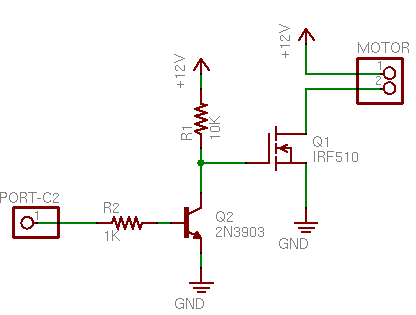 Another concern with the choice is the maximum Vds voltage which, at 30V, is very close to your 24V. Any significant overvoltage spike (e.g. caused by inductive kickback) could kill the transistor. Be sure to protect against that (e.g. with clamping diodes).

Another warning: the "slow boat" option has a relatively high chance of giving you fake parts that don't quite deliver the promised specs. Better buy from a trusted source if you don't want that risk.

Which kind of load is the one you want to drive? Purely resistive or inductive? How much is the load rated? You speak about loading the mosfet at 1A that would give 24W. Yes the mosfet should be fully saturated at 3.3V Vgs. But it has an absolute maximum Vds of 30V. I would consider twice before using it in a real life application, such as a final product. With 24V load you are so close to the limit that a single spark or overvoltage could kill the mosfet. Why not going for a higher Vds version? My rule of thumb is always to choose components voltage rated at least 30% higher than required. Power considerations are more complicated because heat plays the big role here. Consider that "1Amp without heatsink" might be probably true, but is a statement that needs to be correctly supported by the application in which you are driving the mosfet. Mosfet's losses are related directly to their RdsOn, in this case very low, 3 mOhm. That gives you 3 mW (nothing). But what you dont take into account here is the switching losses. How are you going to drive the mosfet? Is that PWM? Which carrier frequency? This can considerably affect the performance of your system.

24
How to drive a MOSFET with an optocoupler?

0
Can I use any GPIO pins on the Raspberry Pi for the HX711 Amplifier?
0
How to use analog mode GPIO pin(not ADC input channel) for ADC?