I just got the TENMA 72-8700A bench power supply. A link to the manual is here. I have read it, but I am a bit confused by the wording. I cannot figure out under what circumstances the device is in constant voltage or constant current mode, and when I am able to adjust the current or voltage. Can anyone who has some experience with these things help me out? I want to know when I can adjust the output current, and when I can adjust the output voltage.

I have figured this out. The thing I was confused about was the fact that the readout only shows the current flowing, not the set maximum current. I was expecting the readout to show the set max current, not the flowing current 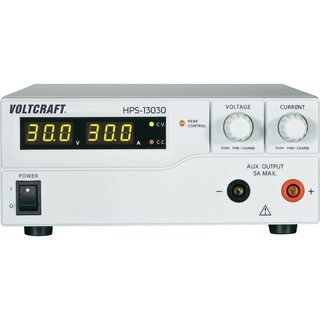 I have a 12 V DC motor on a worm gearbox which should draw 0.25 A when running unloaded. I suspect it is stalling but can't spin the output shaft because of the worm gear. Procedure:

The current limit protects the motor during the test.

Current limiting is also useful in other cases such as testing LEDs without a series resistor or as a constant current source for charging NiCd or NiMnH batteries. For lead-acid battery charging the float voltage can be set to 14 V, for example, and a limit put on the charge current too.