I use some mosfet and BJT for a simple power path management in circuit. When Vprimary is larger than zener(indicate primary battery is healthy), Vprimary is connected to Vsys through M1 and M2 to supply power. When Vprimary falls below zener voltage, Q2 and M3 is biased so that Vbackup is connected to Vsys through M3 to supply power. The problem is that the current throught the three mosfet seems very large, why? 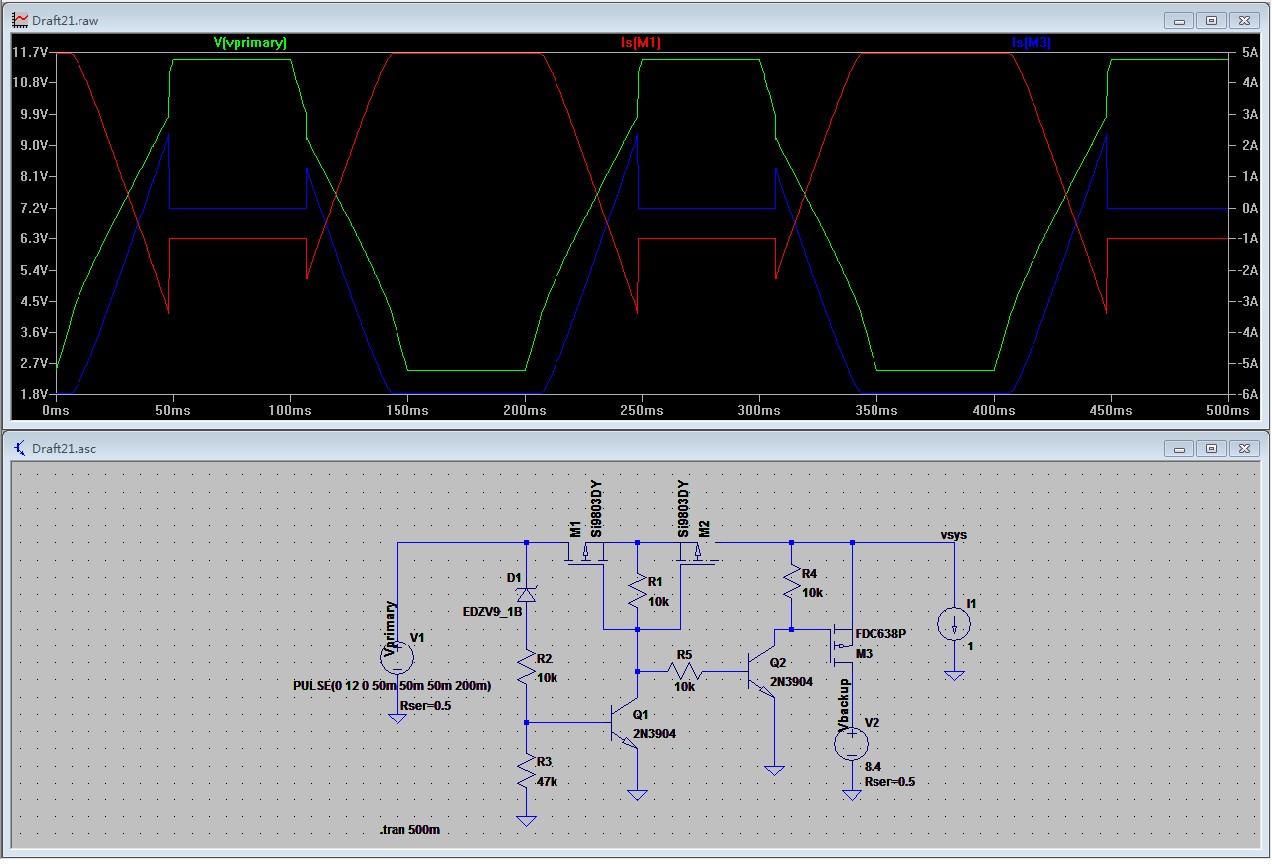 I think maybe LTspice's modeling about mosfet body diode not correct, however, use one mosfet from TI, the result is almost the same... 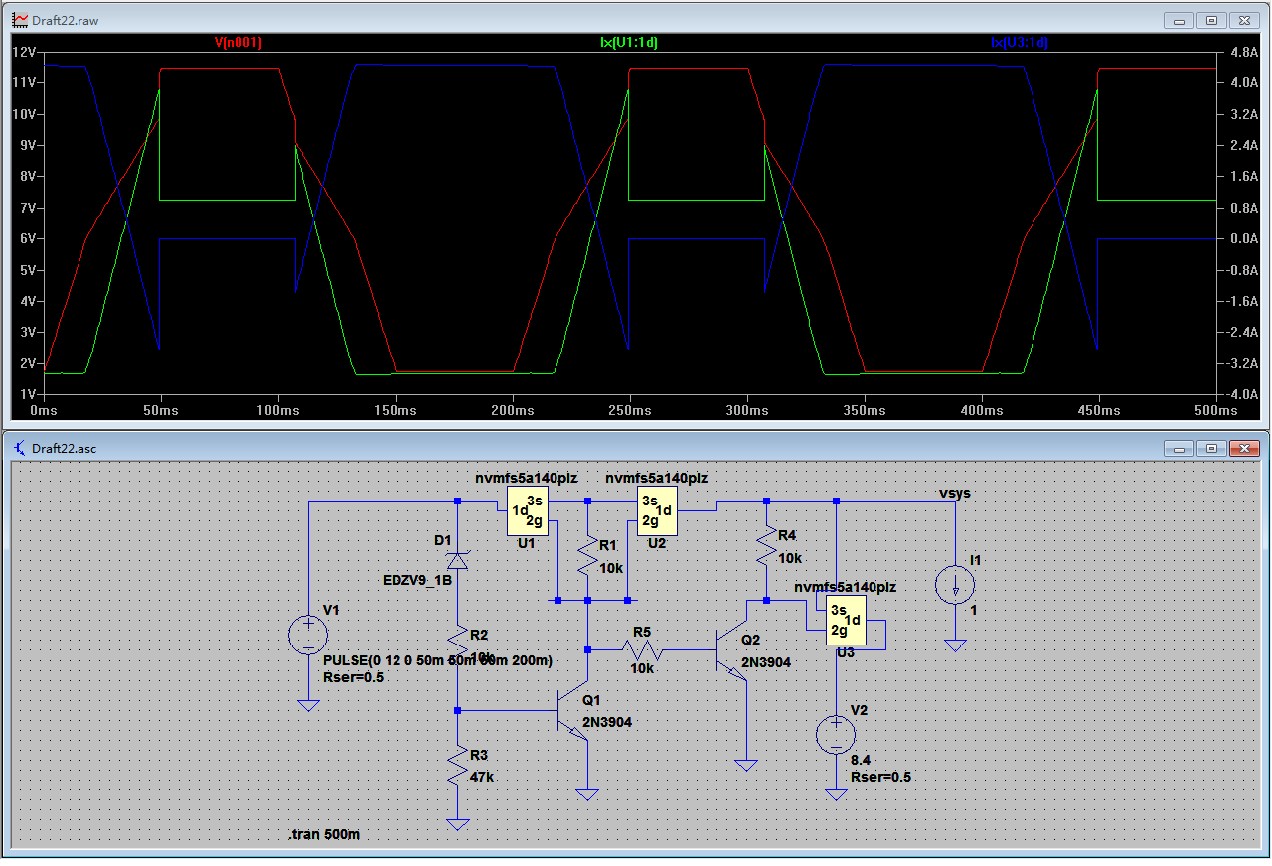 Thank you. The large current is caused by M1&M2 and M3 both conduct, shorting Vprimary and Vbackup. Followed by your advice, M1&M2 no longer conduct during M3 conducting. However, there's still momentary large current which is caused by Vpri->Vbak or Vbak->Vpri power source switching. I think it is caused by zener diode and the finite voltage source impedance. For example, during Vpri rising from 0 to 12V, the 9.1V zener diode will conduct when Vpri reachs 9.1V, causing M1&M2 conducts and shorting Vpri and Vbak through M1&M2&M3. Because of the 0.5ohm source impedance, the voltage on zener may below 9.1V. The large current will disapear once Vpri rises much larger than 9.1V. The duration may decrease if source impedance is decreased from 0.5 to 0.1ohm. 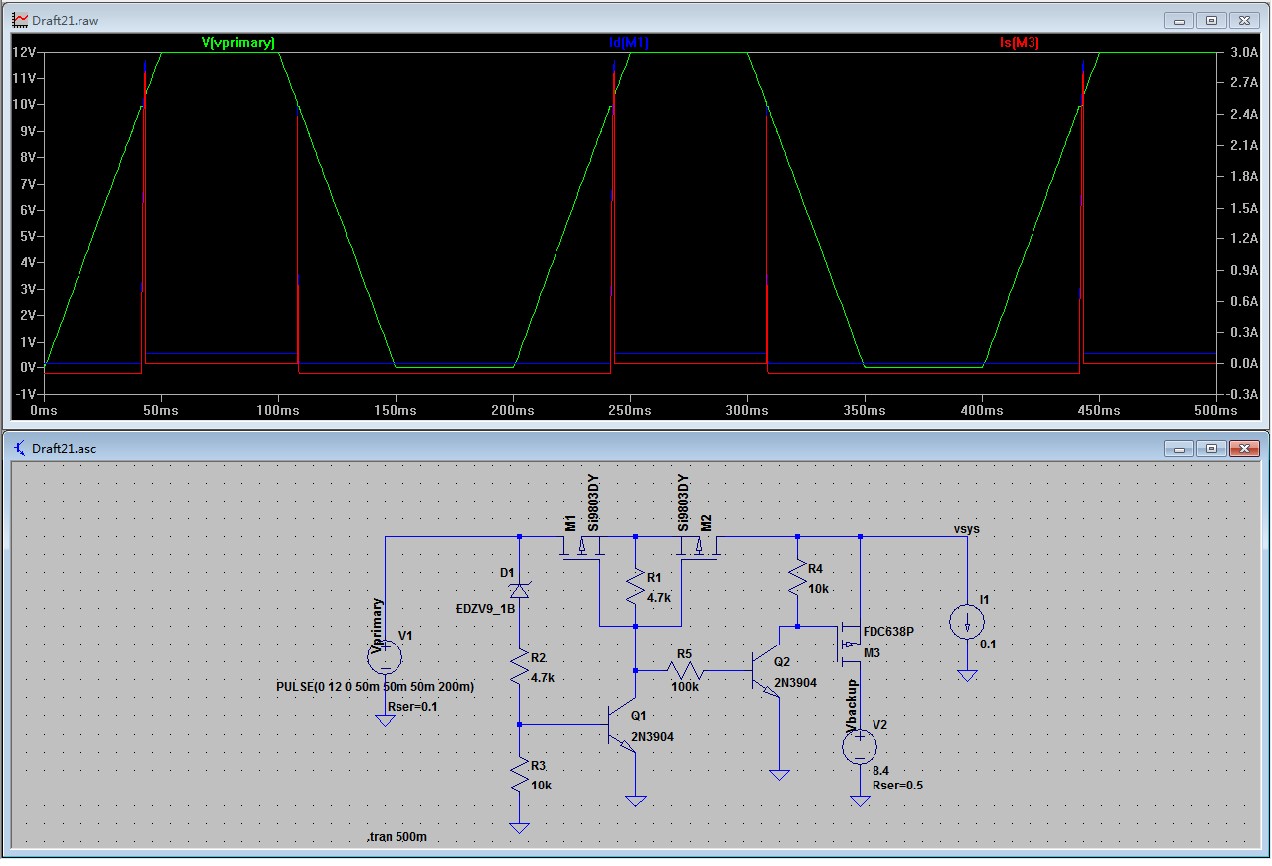 The reason the current is large through your top 2 PMOS pass transistors, is because they are almost always turned on.

See an annotated version of your schematic,

Not the answer you're looking for? Browse other questions tagged power mosfet ltspice or ask your own question.