I am trying to control a 12V and 24V LED inside a push button like the one below.

I have tried with transistors and today with mosfets.

Problem: I cant make the LED fully turn OFF and ON as it would when applying directly the 12V or 24V power source to the LED directly.

(I have two versions of the pushbutton LED, 12V and 24V and I would like to learn how to design the different circuit for each to control them)

I have measured the LED consumption when feeding:

I have tried the following n channel mosfets:

These are the buttons: 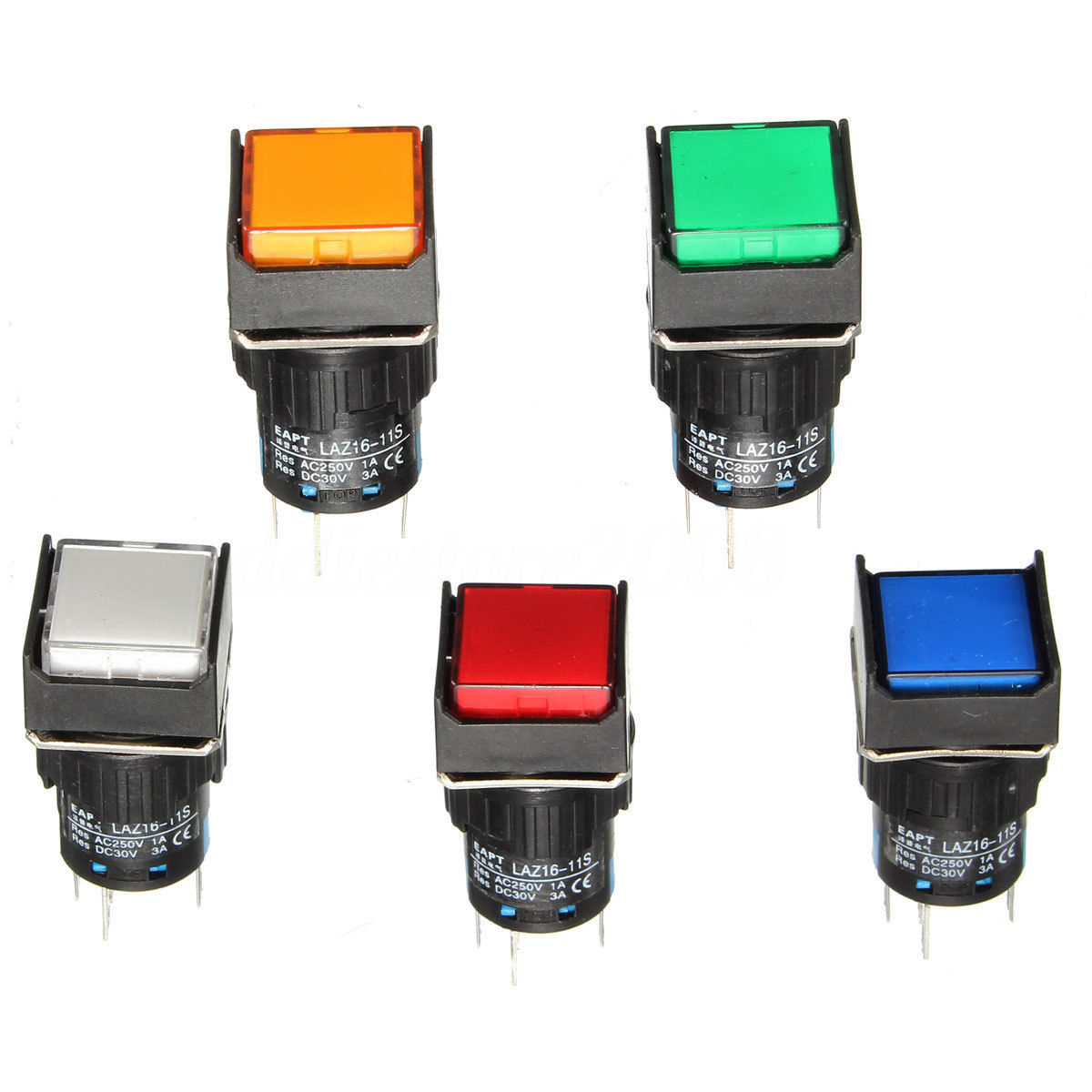 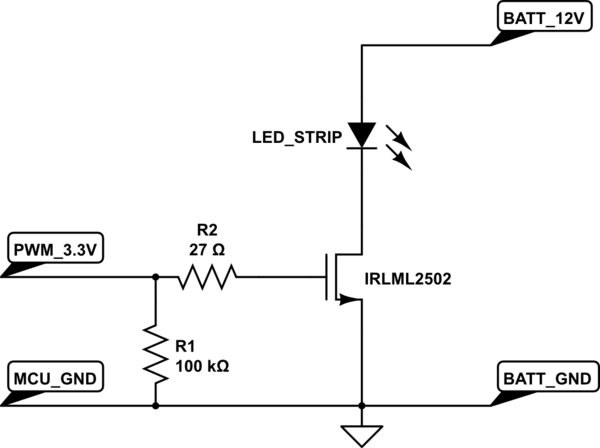 My only though is that the LED is not a plain LED as I can drive it with a 12V without additional resistor. I measured the resistance of the LED terminals and its Mohms, so I guess no current flows when joining LED + mosfet. Anyway, there must be a way of doing this right.

Additionally, I would like to control it via a 3.3V or 5.0V arduino output. All tests so far have been done with 5V

Based on your schematic which should work wonderfully , there can 4 issues.

If you wire the led and mosfet to power and tie the gate to ground, does it turn off? If you tie it to 3.3V via a 1k resistor does it turn fully on? What is the resistance of drain to source when gate is at 3.3V?

You can avoid mosfet issues, replace it with a standard small signal npn transistor, like a 2n3904. 1k base resistor is enough art your load current.

Thank you for all of you who did try to help me and offered good answers. Indeed if someone is asking in a place like this is because he is doing something wrong and does not know what it is, it might be dead easy or difficult but help is needed , so thank you Passerby, next-hack and Polynomial.

See my setup in the picture attached. After a fresh start with a new mosfet, new wiring and clean table it works! I believe the problem was:

I need to check now with another smd n-ch mosfet that has a Vds of more that 24V.

Some pictures for anyone who might need help in a similar situation. The power supply on the top left dc jack is supplying 12V. The consumption is around 20mA which are mainly due to the Arduino Nano running the blink example sketch. 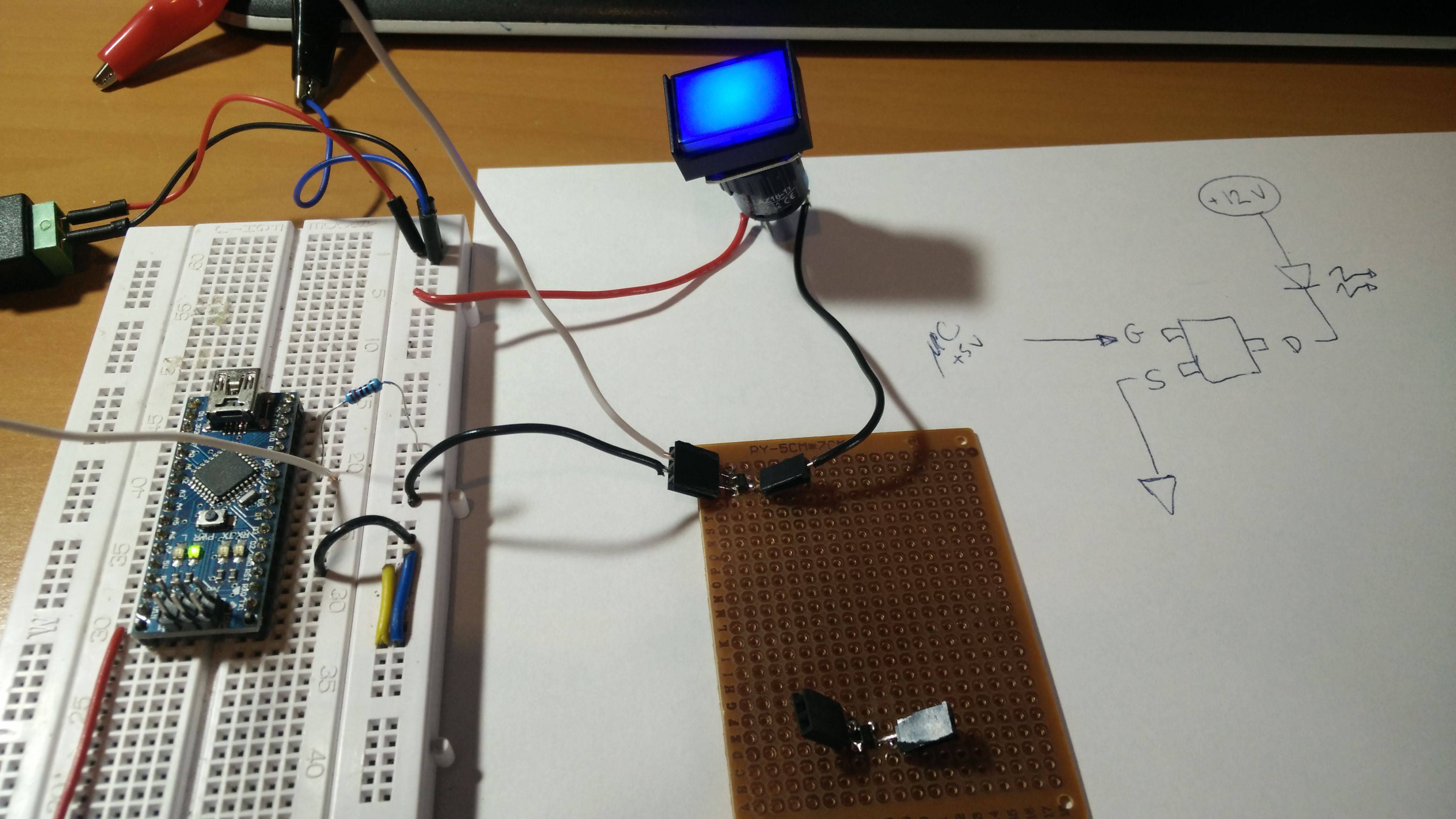 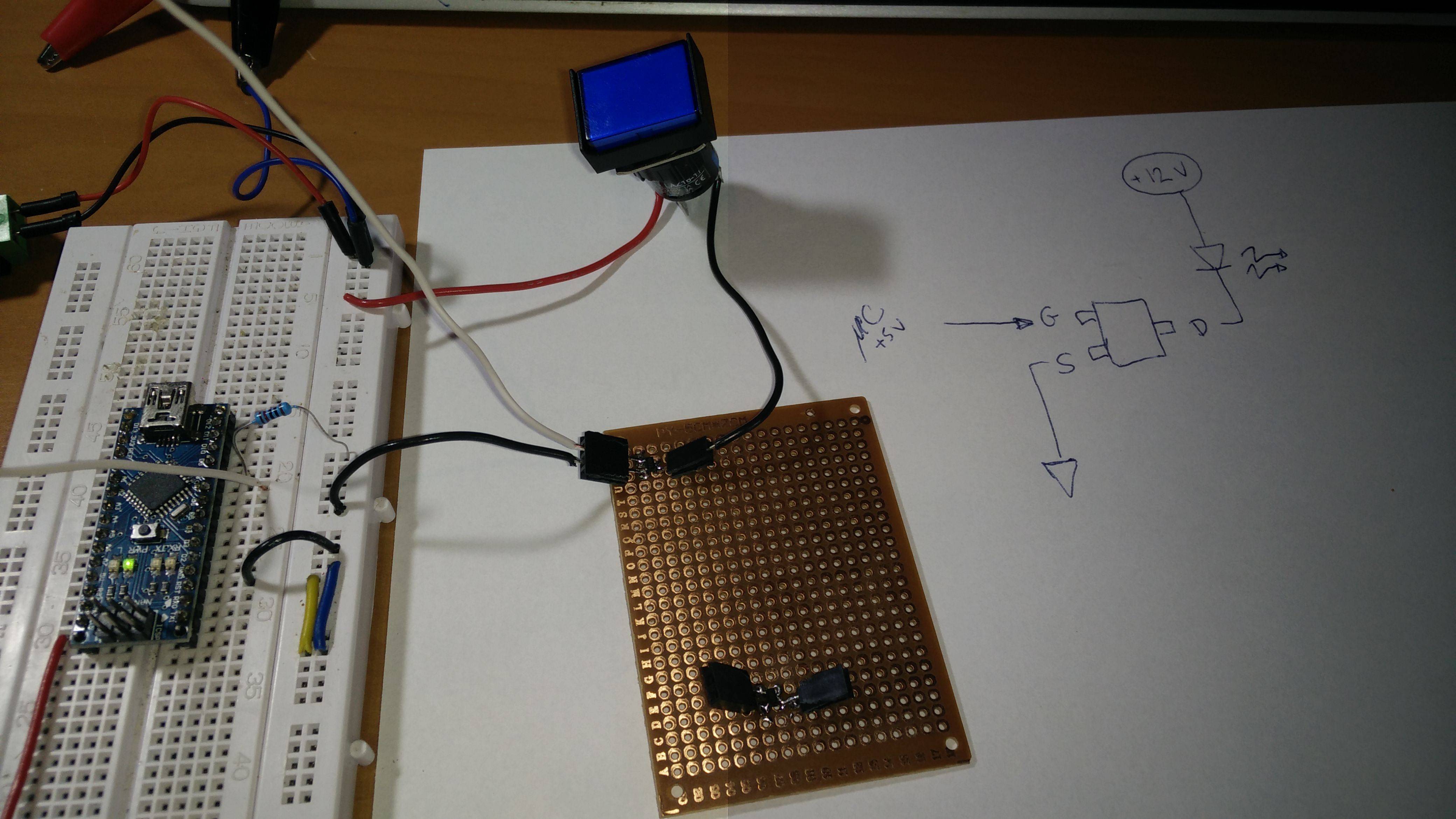 Not the answer you're looking for? Browse other questions tagged arduino power led mosfet switches or ask your own question.