What's the name of the Altium designer rule that warns if component “enters” another component area (PCB)?

The trouble is that this PCB is a capacitive pad and needs to stay inside the other component square area. What's the Altium rule to exclude this component? 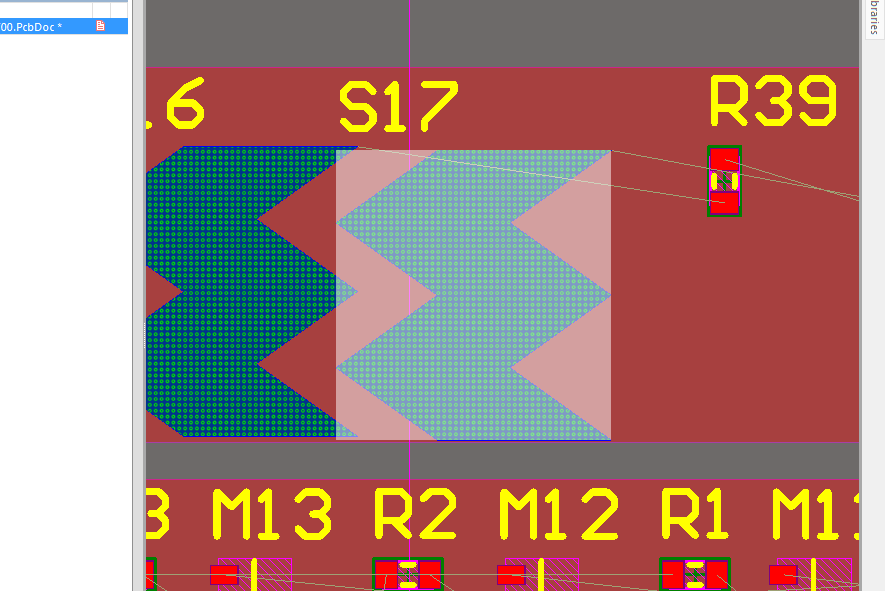 You're looking for the "Component Clearance" rule under "Placement". 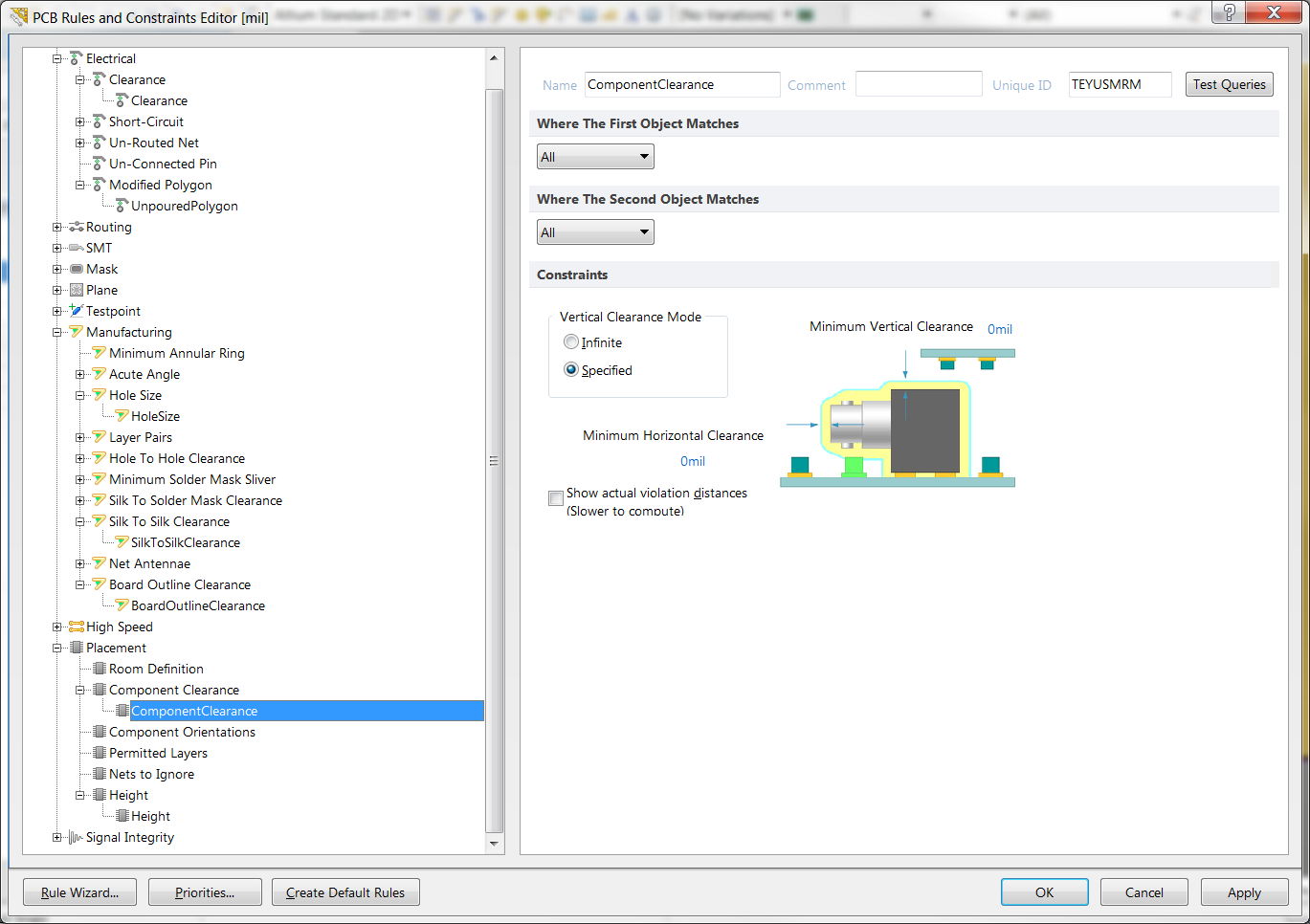 You may also have to deal with the standard "Clearance" rule under "Electrical" if the pads/polygons/tracks are of different nets and are considered too close to one another.

In your case, you're talking about just one footprint that is repeated. If you want to keep the standard "Component Clearance" rule you could always exclude the capacitive pad footprint from the rule. You can do this by changing the first dropdown box labeled "Where The First Object Matches" to "Custom Query" and type in NOT HasFootprint('<footprint name of the capacitive pad>'). I can't remember if you would need to create a second rule specifically for the capacitive pad components or not, I'm thinking you wouldn't.

Not the answer you're looking for? Browse other questions tagged pcb design altium clearance design-rules or ask your own question.