I have used the "Copy Room Formats" before in altium designer for PCBs that have duplicate circuits and it worked fine. But now for the first time i have placed in the PCB Room ( that i want to copy ) components on both sides of the PCB. 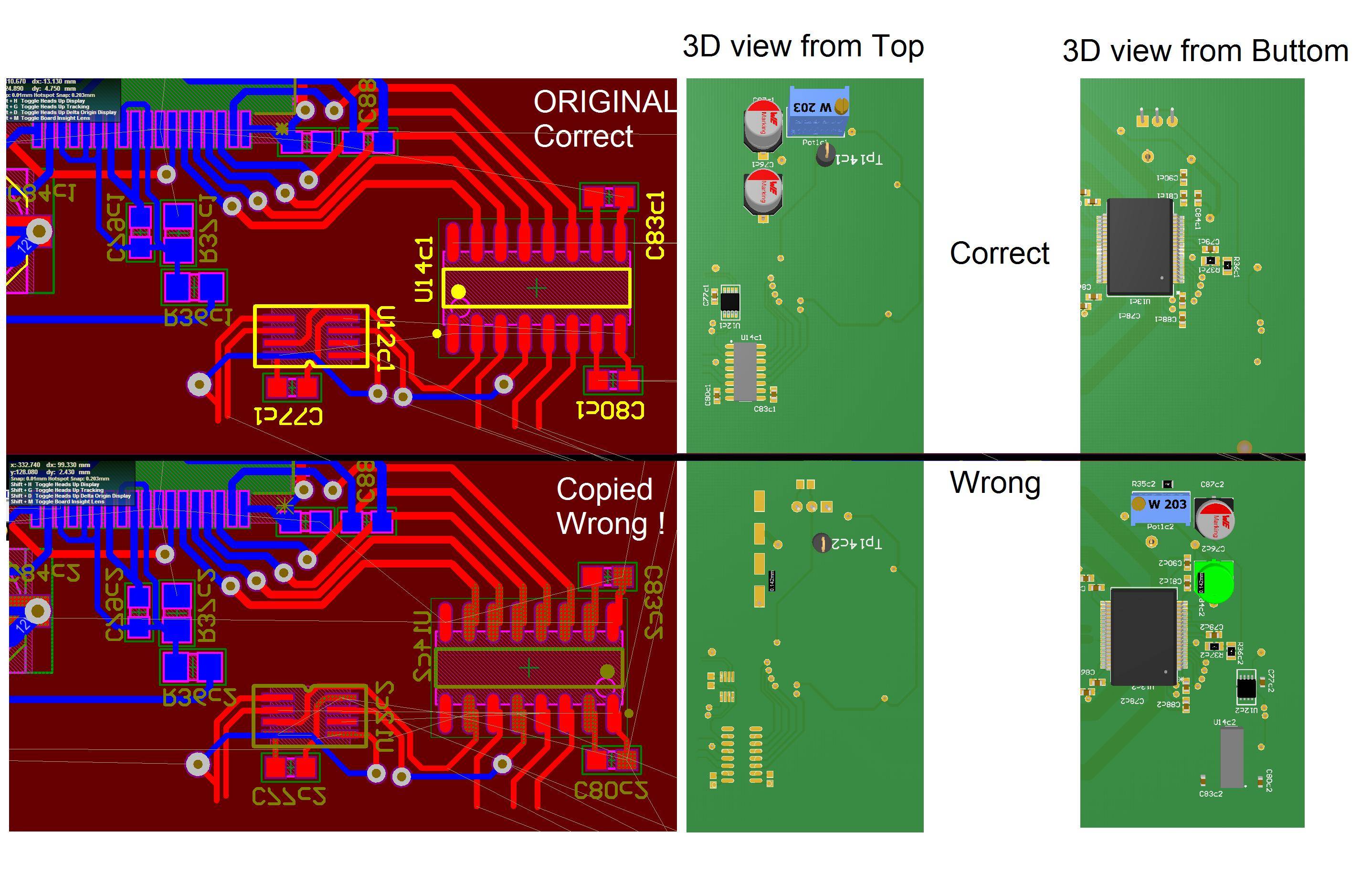 Question : does anyone faced similar issue ? and how to solve ? does anyone know the proper way of copying rooms (with parts on both sides)

Note: I'm working in Altium 15.0. , and i have used Flip Board in View menu when i was routing the buttom layer.

If I remember correctly, this was a nasty bug in Altium 15.0, where components were flippe on layer in some situations. This is through the "Flipped on layer" property, which was introduced in 14.3. This was a glitch, it should be fixed in 15.1.2 according to the release notes (6317 Undo of component layer flip no longer modifies the component's Flipped On Layer property.).

I don't know if there is a patched version of the 15.0.x release, because the release notes are no longer available (old releases until 14.3.x are archived, new documentation system starts with 15.1.x).

If you have access to a newer version, I suggest to try it.

Not the answer you're looking for? Browse other questions tagged pcb pcb-design altium or ask your own question.

1
Altium - Repeated block
0
Room Definition error in Altium
1
Altium Designer 17 DRC taking for ever
0
Manually placing Rooms in Altium does not create a rooms
0
Altium Designer: mixed mechanical layers on Top and Bottom Layer Pair
0
Room lines stills on my pcb and the top layers tracks are not displayed in 3D view, Altium