I am confused about reading and understanding current gain of BJT from their datasheet. The following images are from data sheet of BC337. The first graph shows a Hfe of 100 (approx) when Ic is 100 mA (approx), the second graph said For Vbe saturation the Hfe is 10, and the table says something differently. How to read them properly? 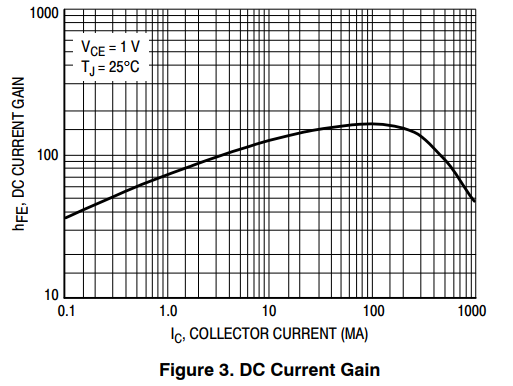 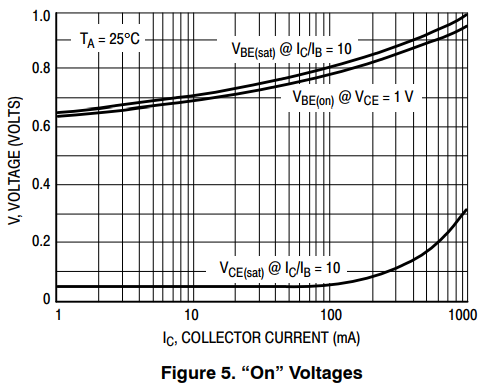 Those two graphs are likely for a "typical" device, since they lie somewhere between the minimum and maximum values of the chart (at the top).

The first graph shows DC current gain of about 160 at a bias point where Ic=100 mA. This would mean than 0.625 mA base current is required. The transistor's collector voltage is one volt above the emitter, ensuring that it is not saturated. You might be using the transistor as a linear amplifier for this case.

The second graph is useful if you are using the transistor as a switch. It is relevant to the case where the switch is "ON" rather than "OFF", conducting current through a load. Here, you want to ensure that the switch is most certainly ON, and not just barely ON, so that the transistor is well-saturated and its collector-to-emitter voltage is very small (so that it dissipates little power).
To ensure saturation, more base current than necessary is driven into the base-to-emitter input loop. If the switched load requires 100 mA, rather than 0.625 mA base current, the base is driven with 10 mA. A typical transistor would have a base-to-emitter voltage of 0.80 V, and would have a well-saturated collector-to-emitter voltage of about 0.06 V (at room temperature).

Current gain of bipolar transistors is somewhat variable, so you design for the worst-case. Assuming that \$ h_{FE} \$ is only ten might be overkill for a saturated switch, but it is a simple design guideline, especially if you use cheap transistors as switches that have great variation of parameters. It is also a standard way of comparing one transistor type to another, since switch applications of BJT's is very common - looking at these overdriven, saturated graphs (with Ic/Ib=10) allows you to quickly decide if a transistor can deal with load currents. The graph also allows you to calculate transistor power dissipation.

You will notice that the table gives values at Vce = 1V, but saturation is Vce ~100mV, which changes things. Hfe falls as the device approaches saturation due to the Early effect, so for a bipolar transistor a reasonable rule of thumb is to run Ib=10% of Ic if you want it to switch hard.

Note that current gain in bipolar transistors is very badly controlled an unbinned part having a factor of 6 between different samples, the trick is to design so that this does not matter.