I have a 1.8" TFT color display from Banggood. It's very nice with the vivid colors.

However, the screen refresh is slow. I'm limited by the SPI speed of 1 MHz. It results in an update rate of:

Effectively, it's even lower as the Teensy LC stops for about 1 cycle after each byte and there is overhead between the SPI transactions. So it's more like 0.5s per frame or 2 fps, which is very noticeable. It's more like a left to right swipe animation (see image below). 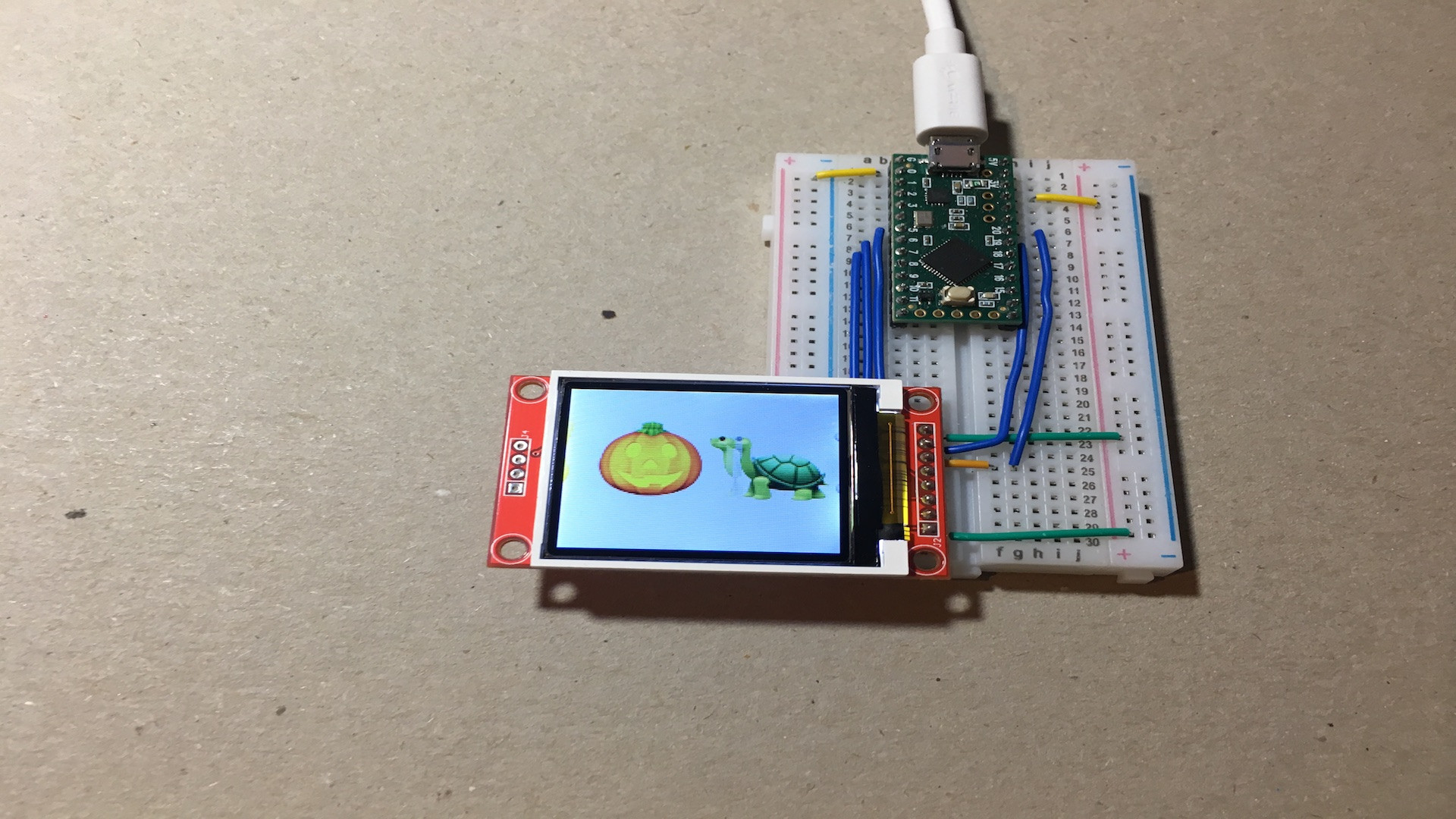 Here's a picture of the bottom of the board. 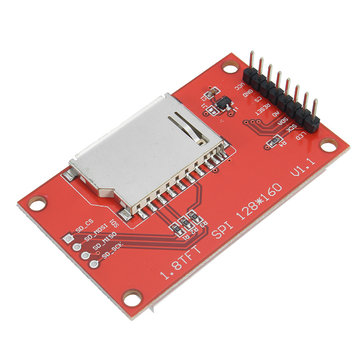 Not much to see:

The interesting part is probably hidden between the PCB and the display.

It's now properly working. On a Teensy LC it runs at 16 MHz, on a Teensy 3.2 it runs at 18 MHz. Both are the maximum SPI clock rates for these boards.

It turned out to be a software problem. The main problem was that I hadn't properly disabled DMA. It would then kick in too early on the next SPI transmission, i.e. it would start with the first byte of the transmission even though it was supposed to start on the second byte. This mixed up a few thing and left the device waiting for the last byte to be transmitted.

I still do not really understand why it work at lower frequencies but failed at higher ones.

TSCYCR, Serial clock cycle (Read) is 150 ns. That is 6.6 MHz. But don't expect miracles of a SPI display. (it might work just fine at 10Mhz)
The software should be optimized to update the least amount of pixels per refresh.

There are still a few things you can do:
- Reduce the color depth.
- Use a longer word. (eg: 16 instead of 8 bit)
- Make sure the SPI routine, if blocking, is as short as possible. Don't wait for the spi to complete, wait for spi to be ready for a new word.

If you want a fast display, get a parallel one with frame buffer you can do operations on.

Not the answer you're looking for? Browse other questions tagged spi display teensy or ask your own question.