Very limited number of built-in components for simulation in Altium

I have very little experience with PCB CAD programs. I once used KiCAD for a simple circuit. Couple of days ago I tried OrCAD's free lite version PCB editor, but it was crashing a lot. So to compare I decided to try Altium for trial period and try it. I like LTspice but I also want a professional PCB program which can also simulate well before PCB routing. So I wanted to check out OrCad and Altium.

After playing a bit with Altium I noticed that it has a built in library which is called "Miscellaneous Devices.IntLib". In this library, as BJT models only 2N3904, 2N3904 and a generic one exists. Similarly only one MOSFET model. And for example if I want to use LM324 it doesn't exist. If you choose opamp it will be AD645A.

There is a window when you double click for a component as below: 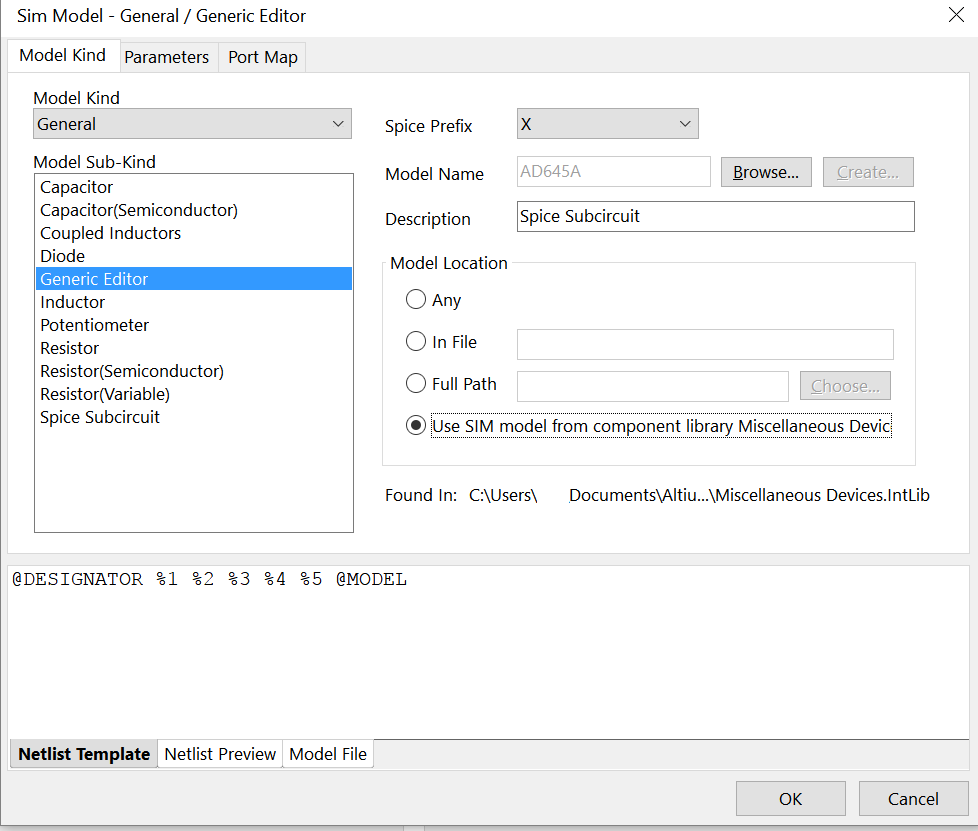 It seems to me one has to find the SIM model for a component which is not in default library each time and modify it.

In OrCAD on the other hand I could see a huge built-in components library. If I look for lets say BC547B it is there or LM324 it is there or any voltage regulator...

Am I doing something wrong or is Altium's component library really very very limited and we have to do the work for each component? If so this is horrible for such an expensive software, I don't understand why it is too limited. Does anybody have experience with using Altium as simulation software and experience the same problem?

Altium's focus is not on simulation, but on PCB design, so the simulation library is quite limited out-of-the-box. I have never used Altium for simulation. I generally use a separate simulator (usually LTSpice) to simulate my designs before designing the PCB. It's not a one-stop shop but it gets me through. If you're really set on a combination simulation & PCB design program you might consider Proteus ISIS/ARES.