I am looking for the transfer function of three cascaded RC filters: 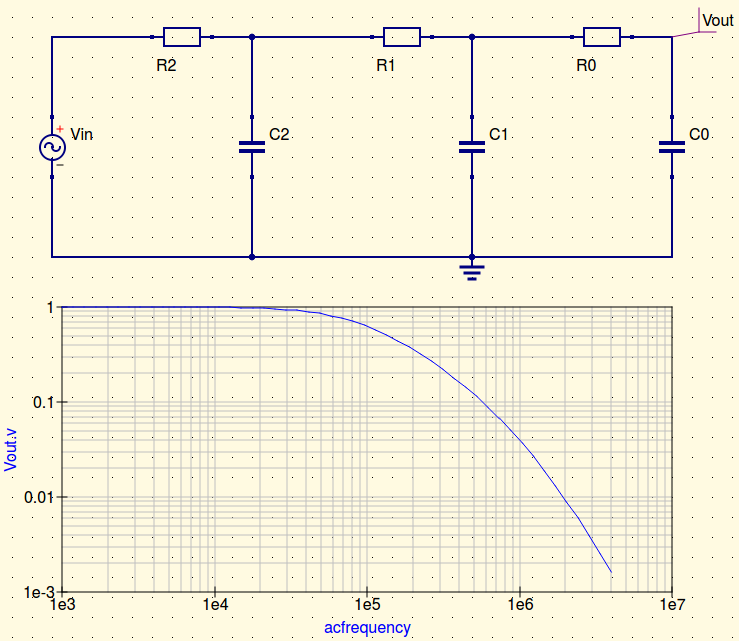 I have found the solution for two RC cascades (components differently labeled):

I need an analytical expression like this one for three cascaded RC stages, because I need to fit such a function to experimentally measured data from a network with unknown components \$R_i\$ and \$C_i\$.

I tried to find the function myself using KCL and KVL but expressions tend to get awfully long and so far I didn't manage to find a transfer function that is in agreement with simulations of such networks.

Is the transfer function for three cascaded RC filters well known? Or is there probably a different way to find the components \$R_i\$ and \$C_i\$ for a system like that from measured data \$V_{\text{out}}/V_{\text{i}}(f)\$?

From the following schematic:

I get the following set of expressions:

Solving, I get this gnarly mess:

Moving towards a characteristic form:

You can determine this transfer function without writing a single line of algebra by using the fast analytical circuits techniques or FACTs. What you need to do is determine the natural time constants of this circuit when the excitation (\$V_{in}\$) is reduced to 0 V or replaced by a short circuit in the schematic. Then, you "look" at the resistance offered by each of the energy-storing elements (the capacitors in this example) in dc or in high-frequency. Look at the below sketch: 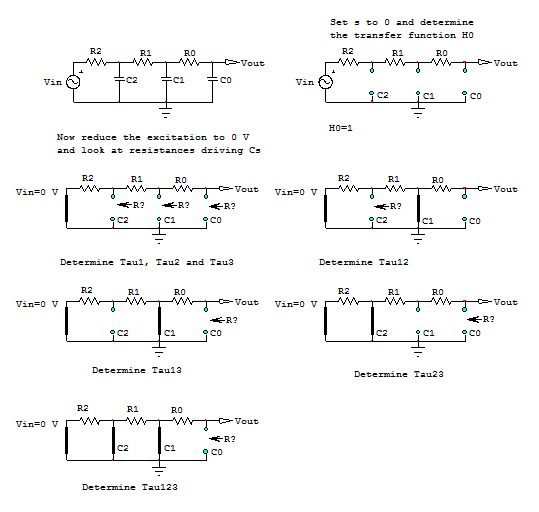 Now, this 3rd-order polynomial form can be rearranged under different expressions, depending on how the poles are organized. If they are well spread, you can factor \$D(s)\$ as \$D(s)\approx (1+b_1s)(1+\frac{b_2}{b_1}s)(1+\frac{b_3}{b_2}s)\$. If two poles are close to each other, then one pole dominates while a second-order polynomial form appears for the two coincident poles. I have captured all these expressions as well as the raw reference expression obtained using Thévenin (to compare the derived results to) and they all match perfectly. See the below Mathcad shots: 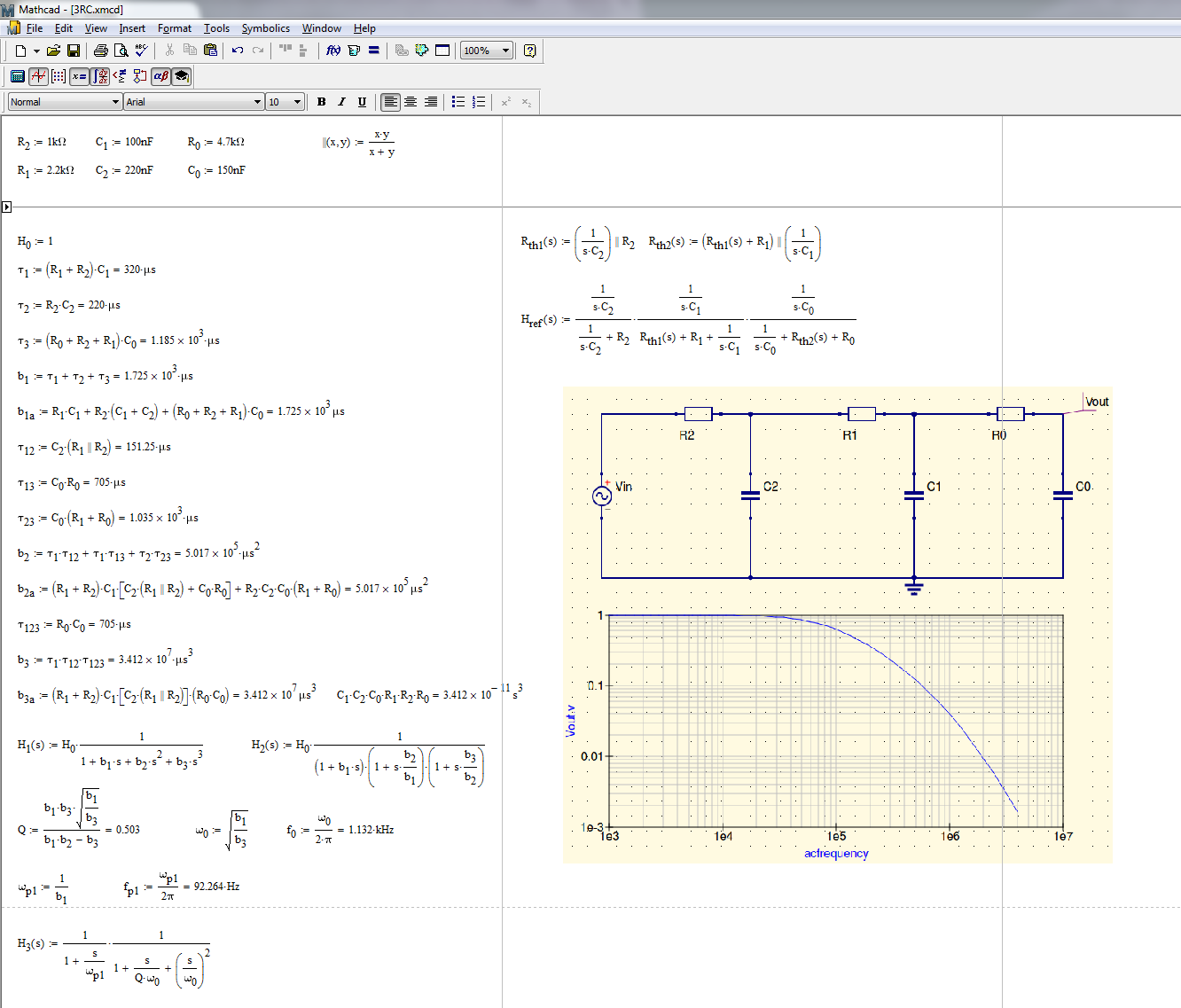 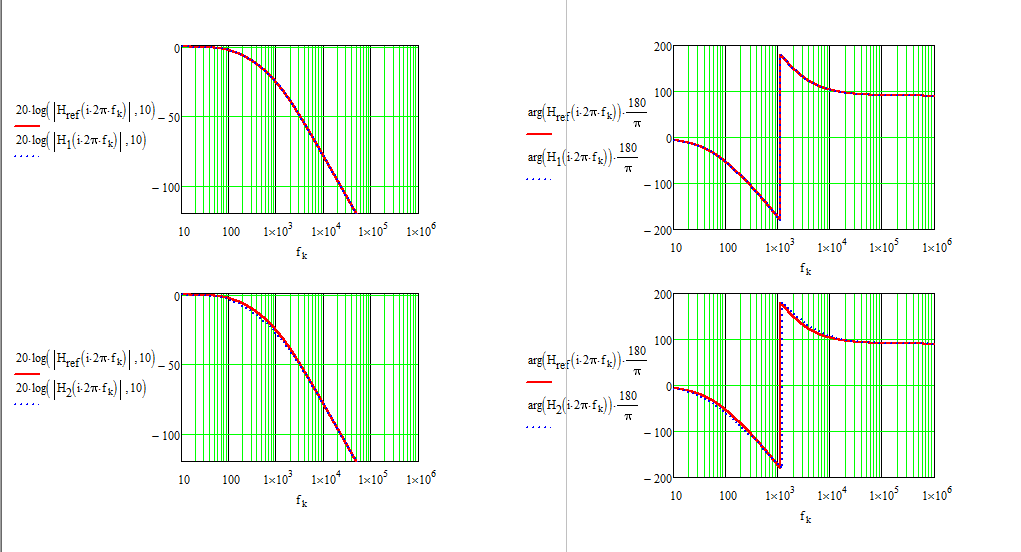 As you can see with the FACTs, I did not write a single line of algebra and chopped the original schematic in a series of small sketches individually observed. That means that if I spot an error between the raw expression and my canonical form, I can go back to the small sketch and correct the guilty one immediately. Should you use KVL/KCL and find a mistake, good luck to correct it without restarting from scratch. FACTs are truly the way to go and I encourage students to acquire this skill.