Why do (some?) old CR oscilloscopes have blue/green plastic in front of the CRT?

During restoration of an old oscilloscope, I found a blue/green plastic sheet in front of the CRT. This piece of plastic was heavily damaged and scratched, and clearly discolored due to exposure to light.

I realized then that most CR oscilloscopes I have used have such a blue/green cover, instead of the white background of the actual phosphor coating. What is the purpose of this? Is it just protection? Is there any harm in removing it (since I have no replacement).

The picture below shows the plastic with the bezel. The plastic can be removed and just the bezel placed back, giving a white background instead of the blue/green of the plastic in front of it. 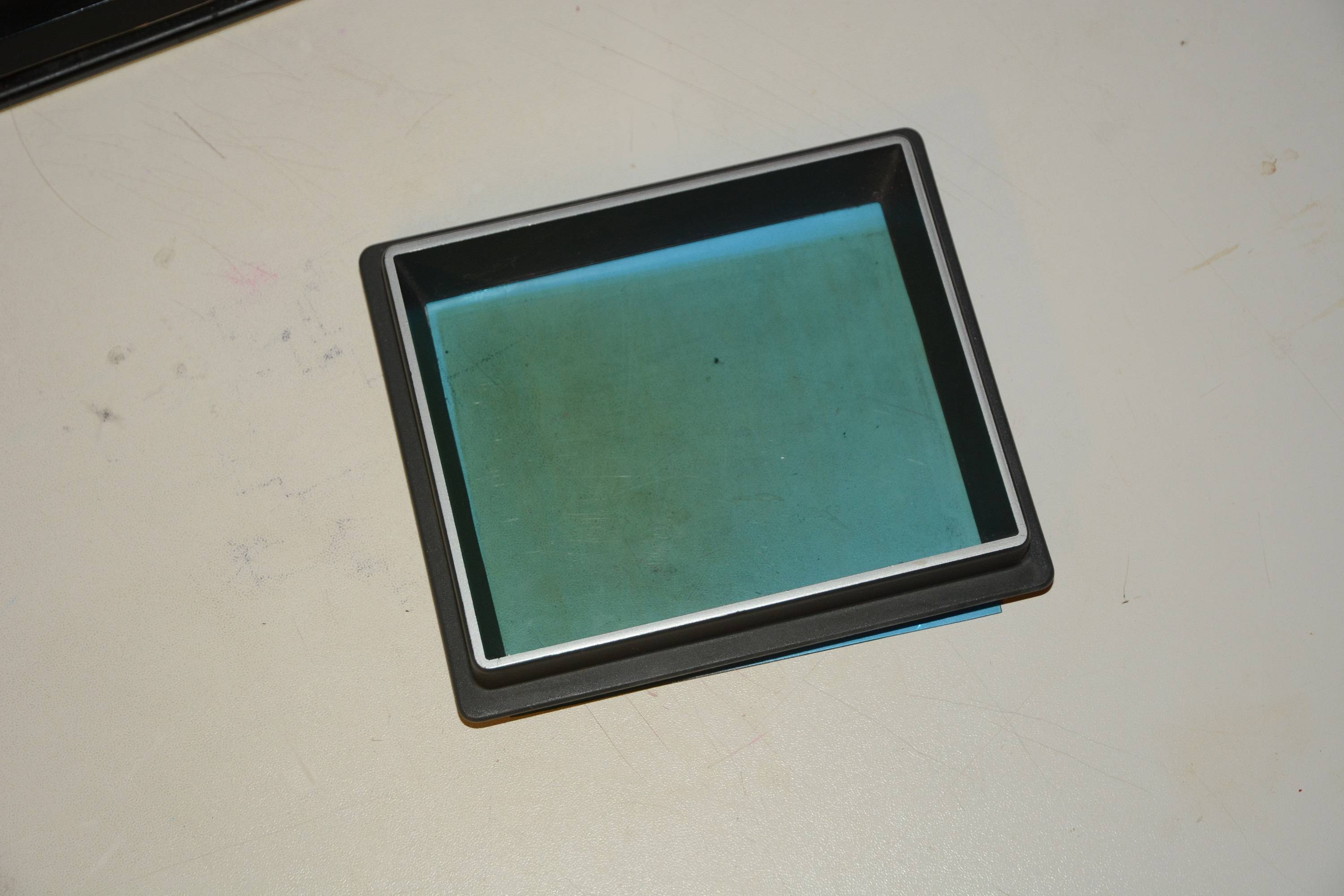 In the scopes I've used, the plastic is the same color as the trace. It only lets the color of light through that the trace produces.

The reason for doing this is to make the background darker so that the trace stands out better. Everthing that isn't green turns black (or is at least much darker.)

This improves the contrast so that the trace is easier to read. It also minimizes stray light from reflections and such.

As mentioned in a comment, the grid was also usually printed on the filter sheet.

I have an old scope with two pieces of plastic. First a clear sheet of (relatively thick) acrylic that has the grid (in orange) and is edge lit. Then there's the green filter sheet.

This gives you a clearly lit grid (with black lines,) green traces with a black background, and little reflection of ambient light.

Since the grid is on the tube, you can replace the plastic with any sheet of plastic of approximately the right color.

You'll want something that is really transparent at one color - if it is, say, green but with black added to make it darker then it won't work well.

Colored plexiglas might work, or maybe a piece of a colored, transparent plastic folder.

The main reason for the colored plastic is that the phosphor used (let's use P1 Zn2:SiO4:Mn2+ phosphor for an example, but there were other phosphors used) is typically almost white to reflected light. Here is a photo of a 3JP1 tube from this website: 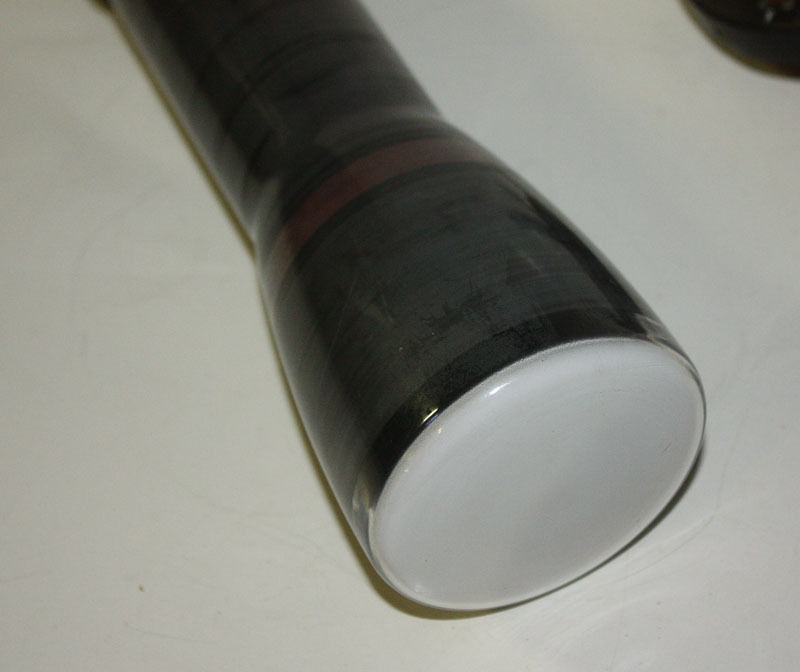 As you can see, it reflects all wavelengths of visible light about equally (or it would not look white). If the de-energized screen looked very dark to visible light there would be much less need of the filter.

The trace, on the other hand, is a relatively narrow band green light centered around 525nm and with 90%-down edges at 490-580nm.

For those who may never have used an analog oscilloscope, the traces can sometimes be difficult to see when the duty cycle of the trace is low, and it may be necessary to dim the room lights to see some features of a waveform. For example, if your oscilloscope is showing 100ns/division (1usec for the screen) and the event occurs at 40kHz the brightness will be only 1/25 that of showing a waveform that almost immediately retriggers (such as a 10kHz sine wave signal).