I assume I should use KCL to do it as efficient as possible?

Let V the voltage at the junction of \$R\$, \$C\$ and \$L_1\$. Use KCL at this junction and the output. This will give the following two equations.

I always use an algebra system to deal with these cumbersome and error-prone calculations. They will return the answer in a blink.

I will apply the fast analytical circuits techniques or FACTs described here to determine this transfer function. The principle is to find the circuit time constants when the excitation (\$V_{in}\$) is reduced to 0 V (replaced by a short circuit). The schematic is below: 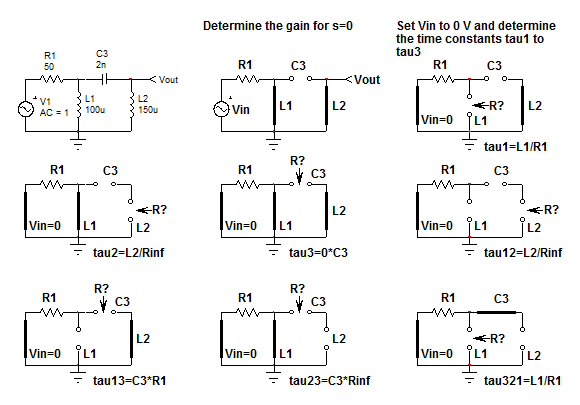 The determination of the numerator can be done either using a null double injection (NDI) or via the calculation of simple gains. In this approach, the energy-storing elements are now alternatively set in their high-frequency state and you can reuse the time constants already determined in the denominator to form \$N(s)\$. You end-up with slightly more complicated terms than with a NDI but it is often perceived as a much simpler exercise. Also, as in this case, a lot of these gains are 0 which truly simplifies the approach. The circuits are shown below: 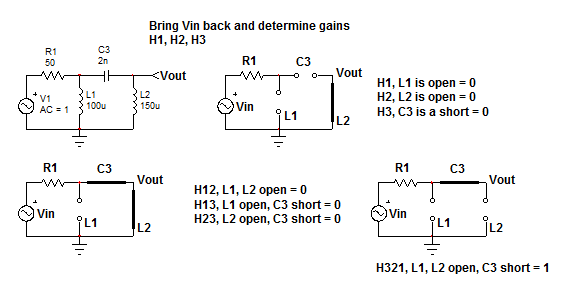 For instance, the notation \$H^1\$ means that \$L_1\$ is in its high frequency state (open circuited) while the two other elements are in their dc state. What is the gain in this mode? 0 as the cap. is open-circuited. \$H^{12}\$ means elements 1 and 2 are in their high-frequency state while element 3 is in its dc state: what is the gain? 0. If you do the exercise ok, you can assemble the numerator as follows:

Here, the dc gain \$H_0\$ is equal to 0 (two inductors are shorted, the cap is open). The final transfer function is obtained by combining the above numbers and rearranging the result under a nice polynomial form as shown in the below Mathcad sheet. You can see that I have determined the reference transfer function using Thévenin as suggested in my comment. If you develop this expression by hand, you may make mistakes and find it difficult to factor it properly. With the techniques that I shown, if you spot a mistake, go back to the small intermediate sketches and fix the guilty one in a snapshot. As you can see, I did not write a single line of algebra to determine this transfer function which is kind of cool. This is the power of the FACTs that I encourage students to learn and acquire. 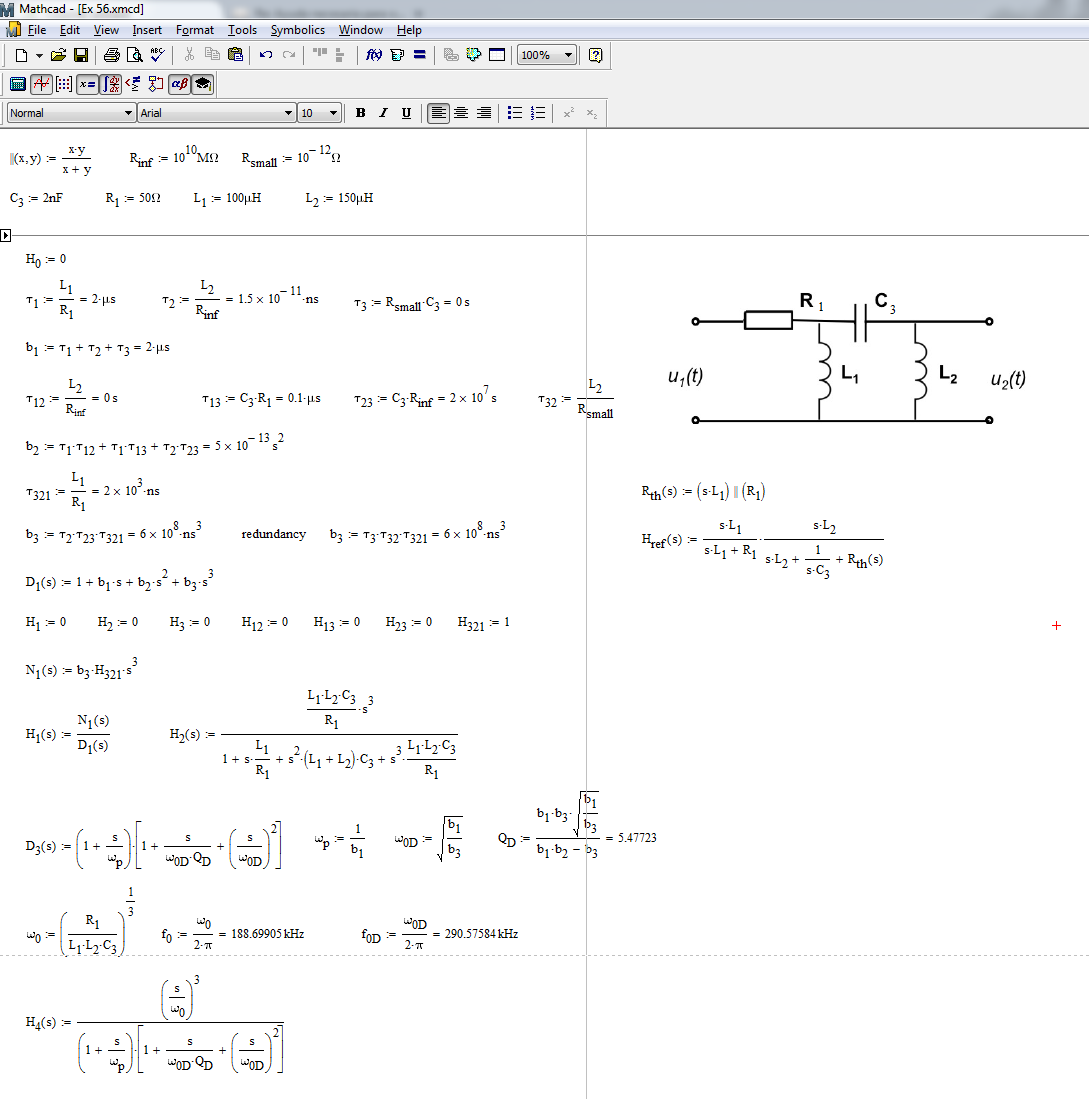 I think, the most simple method is to use - as a first step - general impedances Z and to apply the known rules of voltage division.

Now - use the voltage divider rule for finding the transfer function at the node between Z3 and Z4.

As a last step, introduce the appropriate expressions for Z1...Z4. That`s all.

Not the answer you're looking for? Browse other questions tagged transfer-function high-pass-filter or ask your own question.