Could you physically clarify why we use virtual ground in op amps? I have seen the argument that since A(open loop gain) tends to infinity, we need the difference in inputs to tend to zero(to maintain a finite output.) Now, this is confusing because aren't the inputs under our control? What would happen if I gave one very large positive and one very large negative input to the op amp?

The term "virtual earth" is a reflection of the fact that if one of the inputs of an op amp, say \$V_-\$ is connected to the zero volt (earth) line then if the op amp is to work in the non-saturation region the potential difference between the two inputs is going to be very much less than the supply voltage.
So the voltage of the other input \$V_+\$ is going to be very close to zero volts - virtually at earth potential.

Say that an op amp has an open loop gain \$A=10^5\$ and the supply voltage is \$\pm 10\,\rm V\$ then the input-output characteristic of the op amp might look something like this. 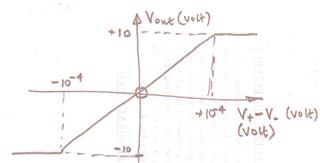 You will note that as the open loop gain of an op amp increases the approximation that the two inputs are at the same potential gets better and better.

Now, this is confusing because aren't the inputs under our control? What would happen if I gave one very large positive and one very large negative input to the op amp?

The "recipe" for attaining a virtual ground is high open-loop gain and negative feedback.

A "virtual ground" is a feature of an op-amp in an inverting configuration. It results in (almost) zero common mode voltage on the inputs (images from Wikipedia):

The typical non-inverting configuration has both a very small differential voltage and a (potentially) much larger common mode voltage on the inputs.

The changing (with input signal) common mode voltage can cause the distortion of the op-amp to be much higher when used in the non-inverting configuration (especially at low gains where the relative change in the common mode voltage is great), so the inverting with virtual ground is preferred in (for example) high performance audio applications. There are some things it cannot do (have a very high input impedance, for example), so there are plenty of cases where we use a non-inverting configuration.

Note that a fixed reference that is not ground can be just as good (for example, from a 2.500V bandgap reference).

In the virtual ground circuit or a rail divider, we need the point between two resistors to be at the ground potential. However, we cannot simply ground this point, because this would ground the output as well. So instead we use an opamp that actively watches the potential in this point and, if it ever so slightly changes from the same as the ground, adjusts the output just enough to compensate. In other words, the opamp allows to practically "ground" this point without the current leaking through it to the ground.

To answer your question, if we apply a large positive and large negative potentials to the opamp inputs, the opamp would fully open putting its full power supply to the output. This means that the opamp would be out of its working range, effectively creating a short in the circit. So yes, it is in our control to force the opamp out of the range, but there is no practical reason for doing this, because the opamp would not be doing anything useful this way. 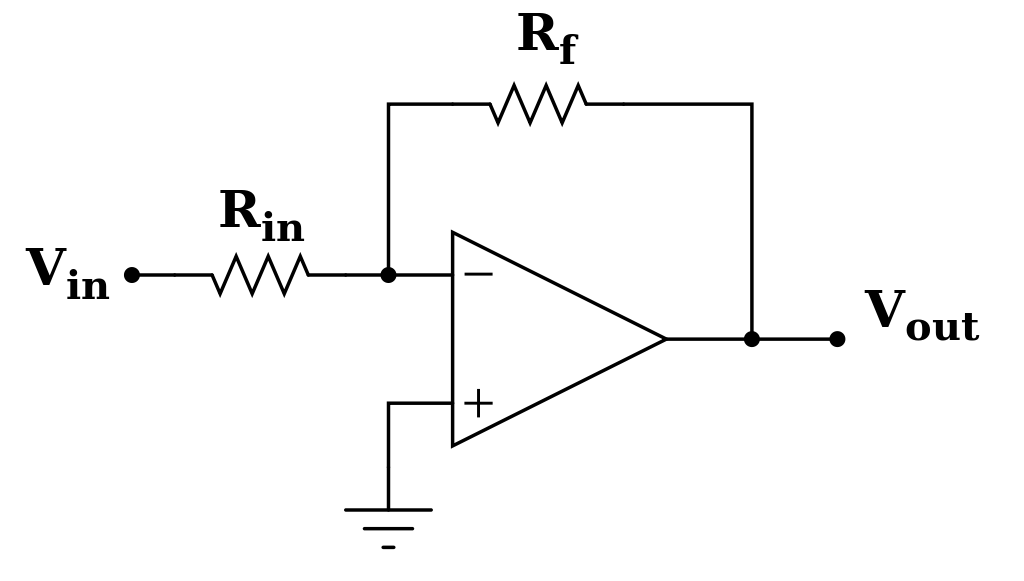 Not the answer you're looking for? Browse other questions tagged operational-amplifier virtual-ground or ask your own question.

2
Assumptions for an op-amp and when they do and don't hold?
4
Virtual earth (ground) or "mid-rail generator"
5
Battery and virtual ground
2
Stability of op-amps: "Oscillations if phase = 180° and loop gain > 1" question
1
Virtual Short Concept in an Op-Amp
2
How to identify the circuit has negative feedback or positive feedback?
0
Question about the slew rate
3
Operational Amplifier - Virtual ground
4
Input resistance of a non-ideal op amp