How to drive 4000 LEDs using as few pins as possible?

I need to be able to control ~4000 LEDs with as few digital IO pins as possible. I can't really explain why as the project I'm working on is confidential, but the plan is for this project to be driven by an arduino, or similar, microcomputer.

So far, the most efficient method that I've been able to find is charlieplexing which offers n^2-n number of controllable outputs for n pins. Even this doesn't look as though it's going to be feasible for this number of LEDs.

Is there an even more efficient method and, if not, would anyone have any suggestions of how I could proceed?

Unfortunately, I don't believe that utilising multiple "slave" controllers to add more IO ports will be possible due to the size constraints (it will have to be not much bigger than a large mechanical keyboard).

Some additional information asked for in the comments:

Addressable WS2812 LEDs may be what you require. These are used in indicators and common LED strips. 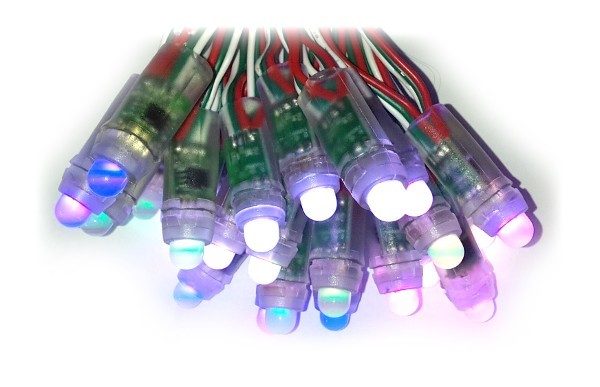 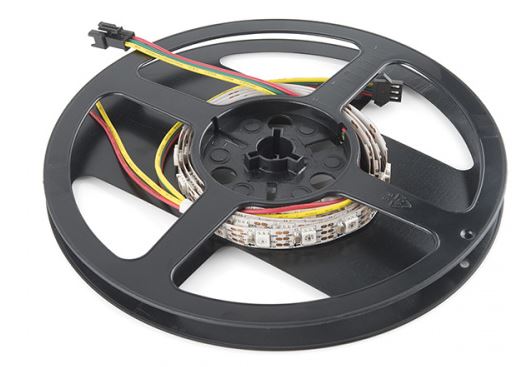 See Sparkfun WS2812 datasheet for details on communicating with these.

That means you could control them all with four micro output pins.

Unfortunately, the system I need will have them split into 40 10x10 disparate arrays (1mm LEDs).

The arrays can be daisy-chained. The protocol is effectively a one-wire bus. Data is transmitted with values for the nearest chip first. It strips off its data and passes everything else along the line. Each successive chip thinks it is first in line and strips off the first values and passes the rest along.

2
Simple solution for driving a large-ish RGB LED array with PWM
6
Multiplexing 2 digit 7Segment with one Bit
0
Building a 3x3x3 LED cube?
1
Maximum LEDs on a matrix
0
How can I control a chain of LEDs/buzzers from a single Arduino pin?
1
Circuit for flashing LED strips controlled by Arduino Nano
0
Constant Current IC Driving a String of ICs
1
Controlling multiple LEDs with Arduino and TLC5940NT
0
Controlling DC voltage with Arduino
5
How can I control 8 LEDs using only 5 pins of a microcontroller?