I've the following setup based on a Sonoff basic flashed with the Sonoff-Tasmota firmware.

I've connected a wall switch (not push button) to the GPI14 and GND pin header of the Sonoff in order to be able to control the state of the lamp not only with the WIFI but with physical input has well. The the Sonoff-Tasmota firmware allow to sense the change of the Input (ON->OFF or OFF->ON) of the GPIO14 an reflect this input change to the status of the LAMP. 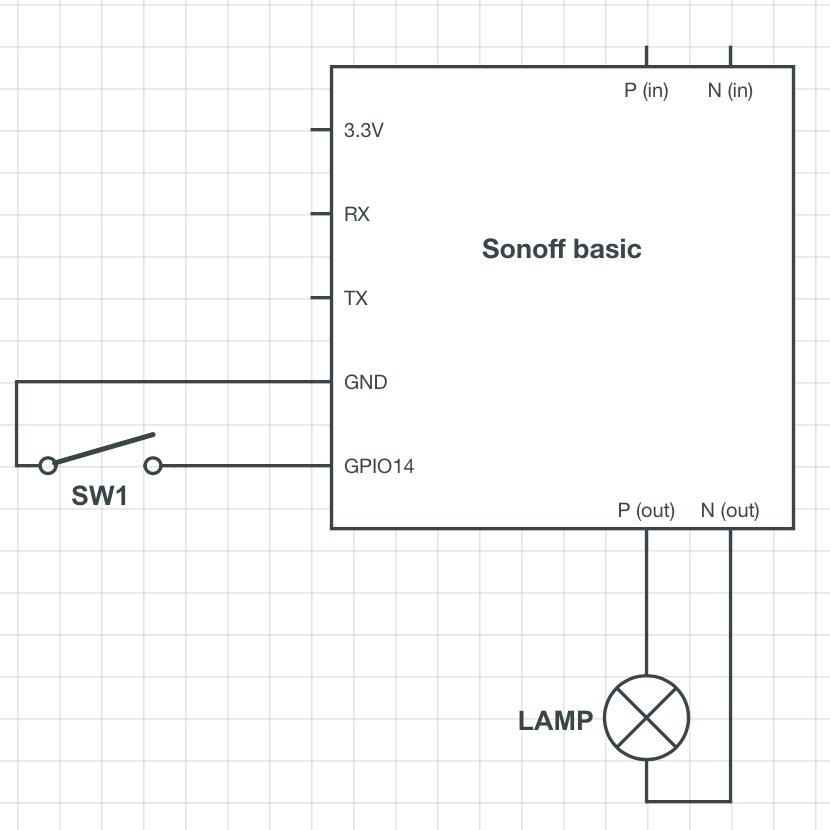 This setup has worked perfectly for weeks. But since a couple of day the the lamp is flickering (ON->OFF, OFF->ON in intermittence).

Bug reports are available which are describing the same issue but all off them conclude that the issue is not software but hardware related. The following remediation are proposed:

What is really happening (the logs clearly showed a change of the GPIO14 input ON->OFF / OFF->ON) ?

There are already pull-up resistors available on GPIO14 according to this, why would add an other solve the problem ? What about the capacitor ?

Is there an other way to address this issue ?

The internal pullups on the ESP8266 chip are pretty lame, on the order of 100K. This is fine for most switches and sensors connected directly to the device. If you have any length of wire, say for a wall switch on the other side of the room, the GPIO will be responding to random noise generated in the wiring. That's why an additional pull-up is needed. Values from 4K7 to 27K should help.

Not the answer you're looking for? Browse other questions tagged gpio esp8266 gpio-external-interrupt or ask your own question.