I needed a current sink for something and I arranged one with LM317T: 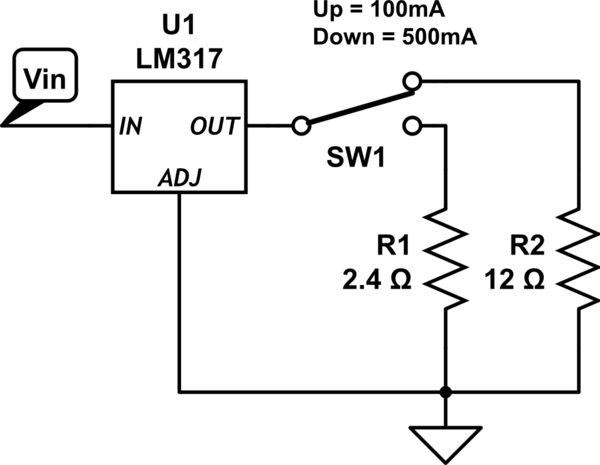 It has a switch to select whether I want to sink 100mA or 500mA of current. I've plotted the whole thing for completeness, the actual problematic part is only the 100 mA side, through the 12 ohm resistor. Both the SPDT and the resistors are beefy enough to handle the current.

After assembling it and putting a heatsink on the LM317, I measured what's the max power that can be dissipated. I used a bench power supply connected across my device (no other load besides the circuit above). At 12V in, and configured to sink 500 mA, it stayed within the SOA indefinitely, and the current was stable, so 6W were okay to dissipate with the heatsink I chose (it could handle more, briefly). Figuring that at 30V / 100 mA, the dissipation would be only 3W , I also tried it, but I noticed that while the current started at 100 mA, it quickly backed down, as if some kind of protection was triggering inside the IC. The problem starts at around 25V in, below that I get the expected 100 mA indefinitely.

What kind of non-ideal behaviour am I hitting here? The datasheet doesn't mention anything other than the resistor being needed, and also the circuit is within the design limits (indeed, at 20V/100 mA the heatsink is much cooler than at 12V/500 mA). I'm almost sure that heat/power isn't the culprit here.

As suggested in the comments, the oscilloscope traces revealed the issue, it was oscillating, at around 3 MHz: 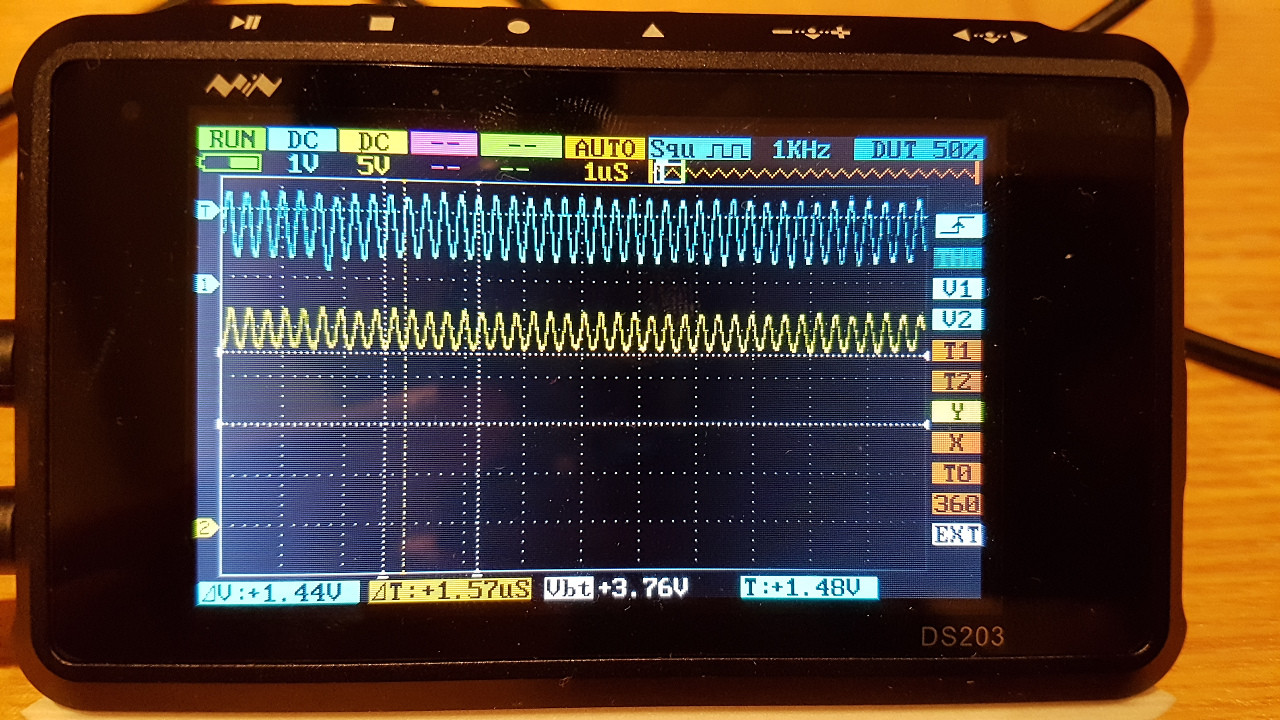 So I guess I should put some 10µF across IN-ADJ, right?

The LM317 is oscillating because you are not using any bypass capacitors.

Read through the datasheet and pay careful attention to this section on page 13:

An input bypass capacitor is recommended...

The adjustment terminal can be bypassed to ground on the LM317-N to improve ripple rejection...

...like any feedback circuit, certain values of external capacitance can cause excessive ringing. This occurs with values between 500 pF and 5000 pF.

The most important capacitor is the input bypass and they recommend .1uF ceramic disc capacitor which is a pretty safe choice.

You can also bypass the ADJ pin by connecting a capacitor from ADJ->GND (not IN, like you mentioned in your edit) and/or a capacitor from OUT->GND if input decoupling is insufficient to correct the oscillation you are seeing.

Not the answer you're looking for? Browse other questions tagged lm317 linear-regulator or ask your own question.

4
Simple LM317 variable voltage supply, does it limit current too?
3
LM317 current limiter, driving with uC
4
LM317 based power supply with current limiting
0
LM317, basic voltage regulator, why does it get hot when not connected?
2
Puzzled with the result of LM317 constant current
0
Will this variable voltage supply with variable current limit circuit work?
2
Current booster with LM317 not working properly in LTspice simulation?
0
LM317 voltage regulator with high current boost by 3 npn transistors
3
12 V lead acid charger with LM317 not charging
0
LM317 adjustable constant current source - Why is the voltage between Output and Adj pins is not always 1.25V?