Is the power from solar panel redirected to load when battery is full? 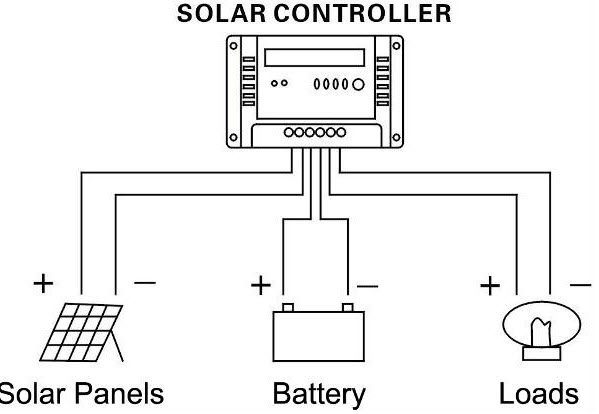 For example: Lets consider that I have a 100 Watt solar panel, The MPPT charge controller is connected to 12V battery and the load is a 12V bulb. When the battery is fully charged does the charge controller transfers power directly to the load instead of battery?

Lets consider that I have a 100 Watt solar panel, The MPPT charge controller is connected to 12V battery and the load is a 12V bulb. When the battery is fully charged does the charge controller transfers power directly to the load instead of battery?

So you're asking what happens in a hypothetical split second in which the battery is fully charged.

Power is useful work, and is measured in watts (in DC) - volts x amps. At any given voltage, a device will only draw so many amps. In a fixed voltage system, that means so many watts. It won't draw more power.

You would have to elevate the voltage to "shove the power down its throat" as it were. On most devices, that would burn it out.

What you're looking for is called DUMP

Most solar charge controllers have the usual terminals - panels, battery, and loads. When the loads have drawn all the power they want, and surplus power remains, it is used to charge the battery. If more power remains, the controller increases the impedance back to the panels to slow the amount of power coming in - effectively it blocks the solar panels from generating the power in the first place.

Some charge controllers have a fourth set of terminals called "DUMP". When the above situation arises, loads satiated, battery full -- power is then diverted to the DUMP terminals. Here, you connect loads that are helpful to run when you have excess power, but are not essential. Such as running an A/C unit, running an auxiliary heater in a water heater (storing the energy as heat or cold), running a pump to fill a hilltop cistern (storing energy as altitude), hydro backpumping if you have a microhydro system, etc.

Your cistern might be sized 5 times expected usage, and wired to use normal power only to fill the cistern to 20%, and fill the rest of the way to 100% using dump power. Normal power would rarely be used.

Still, if there are not enough loads on the DUMP terminals to use all the power available, it will not force the power, but will increase the impedance to the panels to slow down power generation.

Not the answer you're looking for? Browse other questions tagged solar-energy mppt solar-charge-controller or ask your own question.

2
solar panel MPPT and battery charging
2
How does a maximum power point charge controller regulate the charging current, when it always draws the maximum current from the panel?
0
Solar panel system - figuring out the right specifications
5
How do MPPT charge controllers curtail the power if the load is less than the solar generation?
2
Solar panel and power bank
1
Solar panel to battery, dc to dc converter question
2
Best way to create a daylight charging station and for a laptop of 135W consumption with solar energy and lower battery capacity posible
0
Is off grid solar setup limited by battery charging current?
1
Solar panel does not charge after lipo battery is low