When driving a Nixie tube with the HV5622 shift register, how hot will the chip get?

I am a beginner in electronics. I am trying to drive the IN-12A Nixie Tube using the HV5622 Shift register. I am trying to calculate the temperature of the HV5622 during normal operation. For each Nixie tube, one cathode is always on. My approximate circuit schematic is shown below. How hot will the HV5622 get? 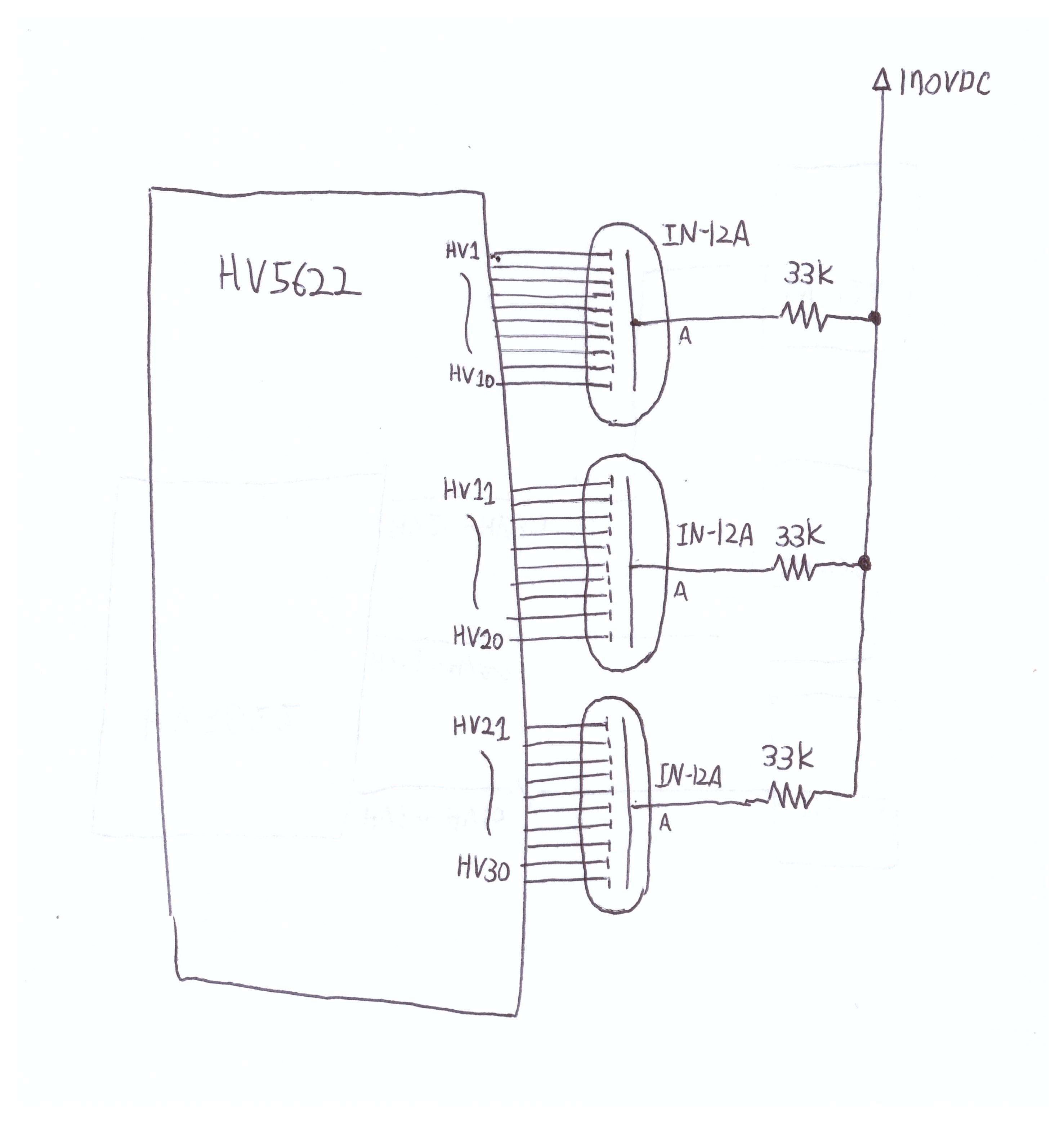 Most of the power dissipation will be from the Vdd current in your application. If you run it at 12V Vdd, say, note that it can draw as much as 15mA, which is 180mW while clocking it at 8MHz, according to the datasheet. It's not clear (to me anyway) what the Vdd current draw is otherwise or whether there is a preferable state for the input lines. The datasheet is not very helpful, I'm afraid. For example it refers to Vin = 0, but there is no pin called Vin. It's possible the dissipation under static conditions is worse than 180mW but I would guess not (and verify!).

Edit: I looked at a similar datasheet from the original manufacturer (Supertex, who was acquired by Microchip) and Vin seems to refer to the output voltage, which is .. weird.

There is also a bit of dissipation from leakage currents but that won't normally be significant.

Not the answer you're looking for? Browse other questions tagged shift-register nixie or ask your own question.

6
Using Nixie Tubes
2
Using the same clock for multiple shift register
0
Nixie tube multiplexer circuit problem
1
When using the K155ID1 IC, some numbers of Nixie tubes do not emit properly
0
What is the benefit of driving the HV5622 chip to the recommended operating voltage?
0
Why is this IC ok for high voltage?
1
How to design the footprint when the pin positions are slightly different for each part?
3
Drive Nixie tube with BJT