I have a simple op-amp circuit (picture) designed to drive a capacitive load (~1nF) with a variable ac voltage up to 40Vpp and variable frequency up to 150kHz. The circuit takes signal from a function generator, amplifies it with a gain of 2, and passes it to the load. The op-amp used is an LTC6090, with rails connected to a (9V in) +24V, -24V DC-DC converter than can supply 21mA.

The circuit works well for the above requirements, but I need to limit its maximum output current to 2mA for safety reasons. The danger is that the user could bypass the capacitive load and get a shock.

I have considered a current sense amplifier interfaced to the output disable pin of the op-amp (difficult with bipolar signals), a 10k resistor in series with the load (limits the frequency by forming a low-pass filter with the load capacitance), a 10k resistor in series with each of the supply rails (spoils op-amp performance and adds noise) and I'm running out of ideas. I've also considered constant-current diodes, but I'm pretty unfamiliar with these and I'm unsure of their limitations in ac circuits (any ideas?!). Also, I can't seem to find any DC-DC converters at these voltages that have small enough maximum currents to limit it inherently.

Does anyone have any ideas for how to limit the current in a neat way, without impacting the voltage and frequency performance of the circuit? Thanks in advance! 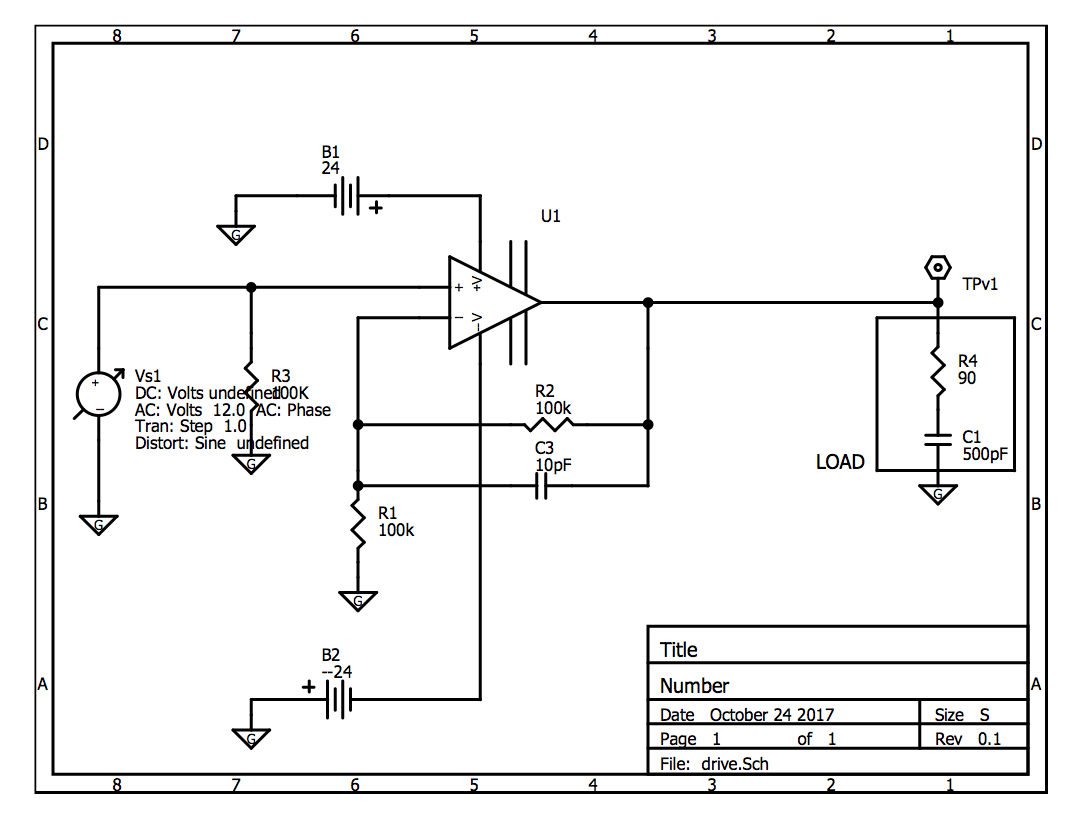 I have found a very elegant (I think!) alternative to the current limiter circuit, in current-regulating diodes (CRDs).

Putting two CRDs, rated at x mA regulating current, back-to-back in series between the op-amp output and the load, works very well to limit the current to x mA, without impacting the ac performance. The op-amp of course struggles to drive the load when the frequency gets high, but this is unavoidable regardless of the current limiting method.

Your traditional current limiter should work maybe sort of. Values shown here are not overly meaningful. 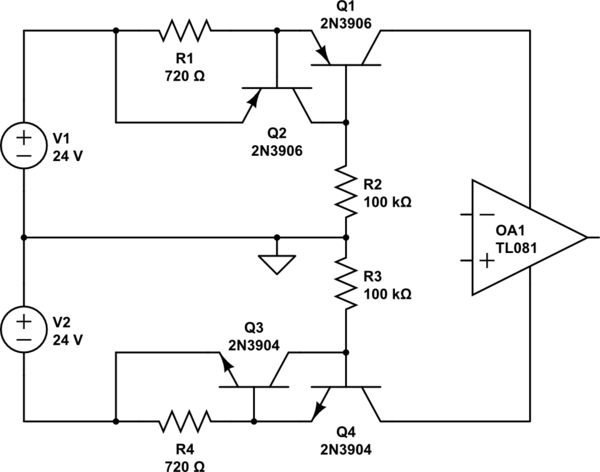 Alternatively you could dump more power from the supplies to bring them close to their current limits.

Issue with all of this is you need to size R1 and R4 to allow 2mA plus the op-amps ambient current which is also in the same ball park plus or minus a bit. As such, the 2mA limit will be foggy.

Not the answer you're looking for? Browse other questions tagged operational-amplifier current amplifier ac frequency or ask your own question.