What value resistor should I use for the base resistor for a transistor in front of a shutdown pin that uses virtually no current? If I do the math myself I get a crazy high number.

I am trying to control a shutdown pin that's pulled high to 5v via a 10k pullup resistor from a 3.3v signal. The shutdown pin is probably implemented as something like a mosfet that uses virtually no current.

The 5v 10k pullup resistor is tiny smd on a breakout board for the device I'm trying to interface with and I can't change it easily. And that pullup is why I can't drive the pin directly as I have a 3.3v MCU, it would presumably damage the 3.3v-only GPIO pin.

I just need a logic level shift to drive a small 5V signal low. I only have BJT transistors laying around and don't have any small signal mosfets. As I understand it the base resistor is (I think?) inversely proportional to the amount of current you expect to consume, and the shutdown pin will use virtually no current.

This is how I'm simulating what I'm trying to do (below). I assume that the shutdown pin is like a mosfet gate.

I found that making the base resistor very low (~100Ω) made driving the BJT consume about 30ma of current, which seems like a bit much. I found that 1kΩ-10kΩ base seemed to function exactly the same, and consumed about 1ma. Which I think is exactly what you would expect through the 10kΩ pullup. 100kΩ and it was not able to drive the mosfet fully. The logic is inverted of course but I don't care about that.

So I think this is what I'm going to go with unless I can find something else wrong with it. 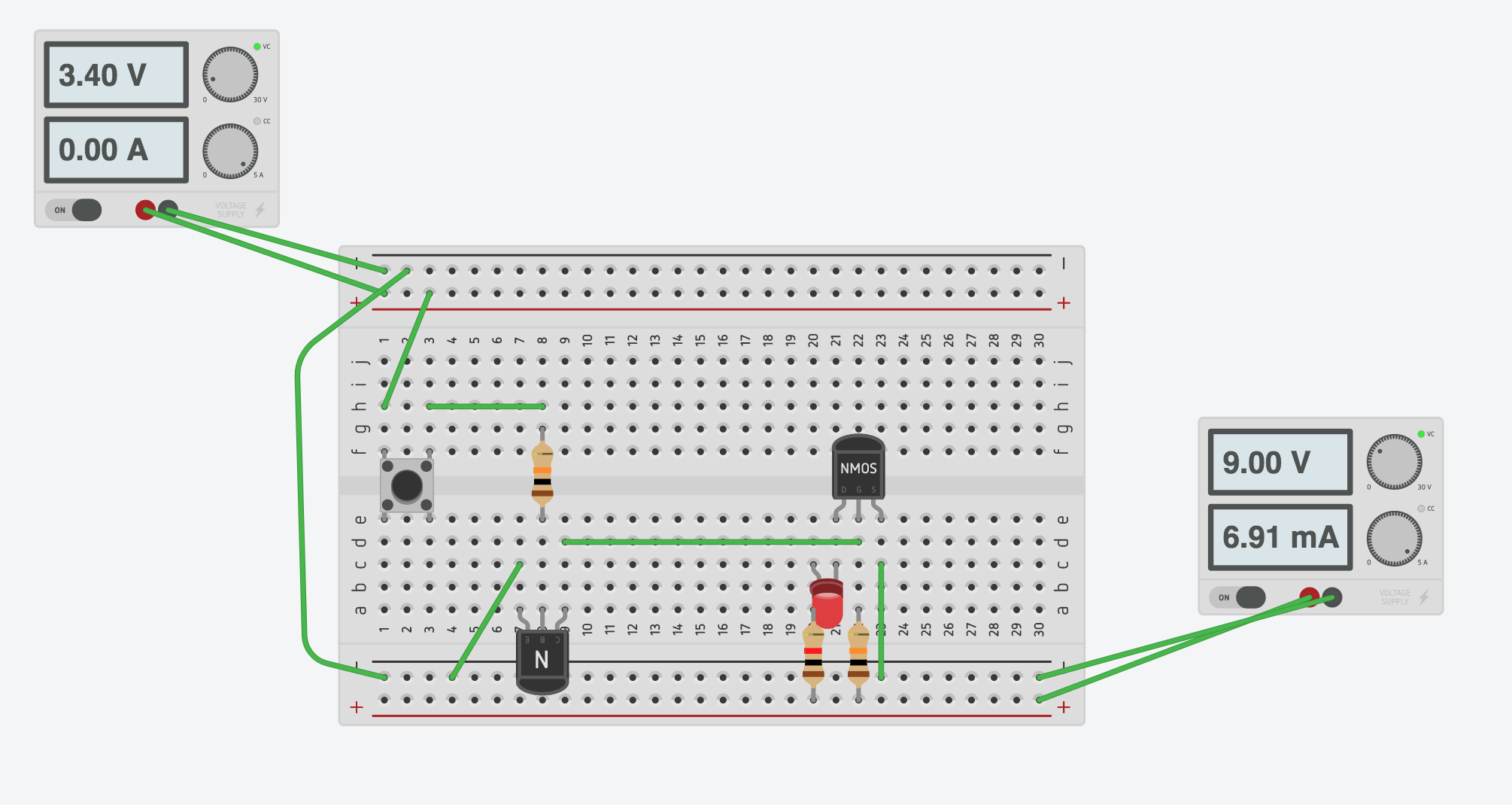 Your illustration is a wiring diagram and, unfortunately, doesn't show us the scheme of the circuit. For example, which pin is the base on the transistors? Why are there two? We need something more like this:

... and consumed about 1ma. Which I think is exactly what you would expect through the 10kΩ pullup.

Most of us, at this stage, would use a 100k resistor to apply a large safety factor and ensure that the transistor is definitely driven into saturation to ensure that the input is pulled low.

Not the answer you're looking for? Browse other questions tagged voltage transistors mosfet digital-logic bjt or ask your own question.

1
Pulling a pin to 12 V using 3.3V
1
Teensy 3.1 PWM, TIP31C, and LED strips
2
Is a resistor needed between logical pin and base/gate transistor?
1
Why does the transistor work with collector and emitter swapped?
2
Arduino complete self shutdown
4
Why does this transistor circuit light the LED?
0
How to remove leakage current from nRES transistor switch?
0
Arduino transistor switch
3
Active load vs active diode