There is a 3 phase motor running by an inverter. motor specification is about 1.8KW power and 230/400V and 1.13A. I want to drive another DC motor synchronized with that AC motor so the DC motor goes ON and OFF with AC motor. there is no Neutral connection to motor so I can't use a relay or contactor, also inverter is connected to PLC through Modbus connection and I don't want to modify inverter or PLC.

What I have done and my questions:

I thought about using a current sensor (or hall effect sensor) to monitor AC current going to motor, and I found too many different kinds of it. I also tried 3 phase monitoring relay, when I connect it to main 3 phase supply it works correctly and a relay activated inside of it but when I connect it to motor/inverter it doesn't work in 6 different connection type I tried. why?

For most purposes, it is probably best to use a signal from the variable frequency drive (VFD or "inverter"). Most VFDs have analog signals, discrete signals or relay contact indications for external use. An output from the PLC would also be a good alternative.

You can probably get a variety of indications including: motor running, motor running above X speed, motor torque and others. If the VFD has a Modbus connection, it is probably capable of providing the best indication of most motor operational conditions while the motor is under the control of the VFD. Many of those indications should be available separately from the PLC if you want them that way. A VFD with Modbus likely has some customer configurable discrete and analog I/O points built in for external use. Study the VFD manual to se what is available and don't hesitate to use features intended for customer use. You should not need to buy anything else unless you need to know what is happening while the motor is not under the control of the VFD.

It is a way since for a motoring electrical machine would have current in the stator (not always, see [3]. That particular part is marked not for future use but there are newer, equivalent parts. These current sensors have an internal filter around 120kHz so it will track current ripple due to PWM.

NO NOT sum their outputs with an OPAMP. For a balanced 3phase load (and an induction machine, fault free will appear as such) the current summation will be zero. In practice there will be some "current" due to sensor errors (not 4% error in measurement) and capacitive paths.

or is it better to use a non-invasive clamp current sensor (this) around all 3 phases wire? and/or one of the phases?

This isn't really a 2nd question, just another way to sense current and yes this method could work it really comes down to what you are to interface with. The hall effect sensor method will require a PCB of sorts and the main stator current to pass through this PCB. This clamping CT doesn't have this restriction. NOTE: CT's do not sense DC current but for this application that might not be a problem (I know induction machines do not have DC current... but stall cases and equally fault cases might be an alternative).

or is there any better way of doing this?

You state you are interested in when the motor is rotating correct? does this also include free-wheeling/coasting? IE you only want to act when the rotor has stopped? you could you a rotary encoder, even a simple slotted disc on the shaft and a slotted opto would give you a pulse once per revolution. A monostable could then be used to indicate when it has been stopped to trigger your higher logic. 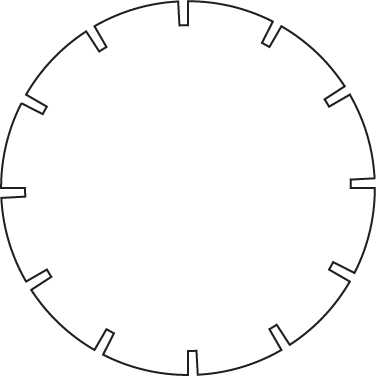 I have in the past ( as recently as 3months ago), used such a scheme to provide an absolute position marker while working with motor-drive. The disk I use has one slot as I am interested in once per revolution for a fixed mechanical datum, but the concept is exactly the same. if you see pulses, you are rotating. If you were to connect such an opto to an edge-triggered mono stable (to deal with the cases it parks on a slot) you would have a nice indication of rotation which also covers the case when the inverter is disabled and the electrical machine is coasting to a stop (no stator current)

The sum of the three currents is obviously always zero, otherwise Kirchhoff's law would be void.

This is generally the same if you used three current transformers instead and summed up the resulting values. You may have additional artifacts from low-pass filtering then, so don't do that.

You have to weight the currents as they are measured so the sum of two can never outweight the third. This can be easily done by having 1, 2, 4 windings through the common current transformer (or multiples of that for better sensitivity.) 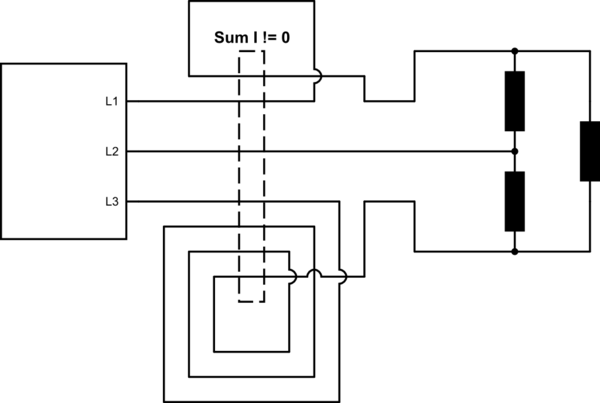 Not the answer you're looking for? Browse other questions tagged current sensor induction-motor hall-effect vfd or ask your own question.