I'm studying op amp and it feedback to control the gain. I do not understand how we can go from looking at the circuit of the op amp and determine the beta values. How did the term B (beta) equal to the voltage divider (R1/R2+R1)? Sf or Vf, how did they redraw the op amp circuit or the feedback block diagram into an voltage divider??

Consider the schematic. Assume that the op-amp is ideal and hence no current flows to the inputs. 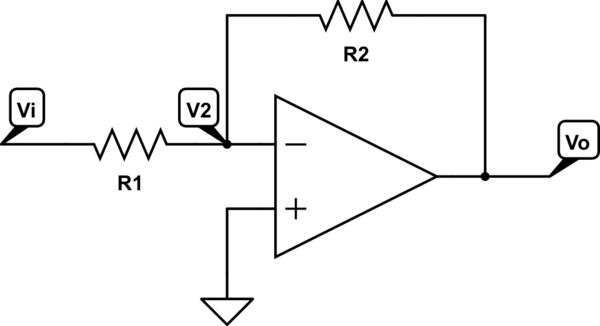 The feedback voltage Vf is the voltage at the input, at node V2, because of the output voltage Vo.

To get this, let's switch of the source at node Vi and connect a source at Vo. 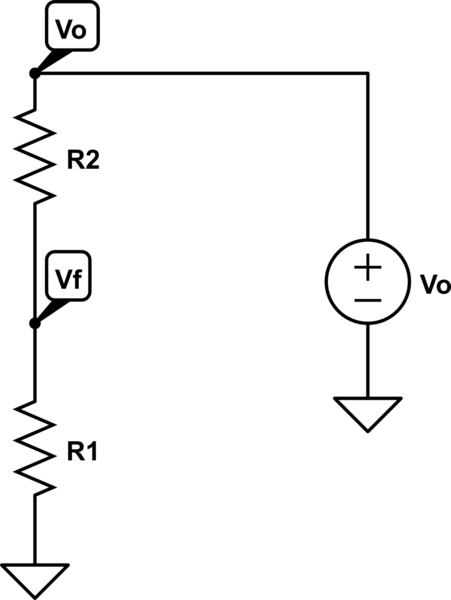 That's how the voltage divider comes in feedback path.

In block diagrams there are no such things. They are graphical presentations how quantities depend on each other. Block diagram is one way to write a group of equations.

There's no look-alike equivalence between circuit diagrams and block diagrams because the blocks present terms in equations, not components. Thus it's totally useless to try to find the little step that transforms the opamp circuit to your generic feedback block diagram, altough the resistors a little resemble rectangular blocks.

We have several ways to write the circuit equations for a circuit. They all lead to the same solution of currents and voltages, but as block diagrams they are totally different. Some of them can resemble your generic feedback model.

Lets try one of the possiblities. The output voltage U2 is negated and amplified opamp input voltage Ux. We write it U2 = -A*Ux

The opamp input voltage Ux is a superposition of U1 and U2. From both sources the Ux is given through a voltage divider. This assumes the opamp input current to be zero, there's the same current I through R1 and R2. 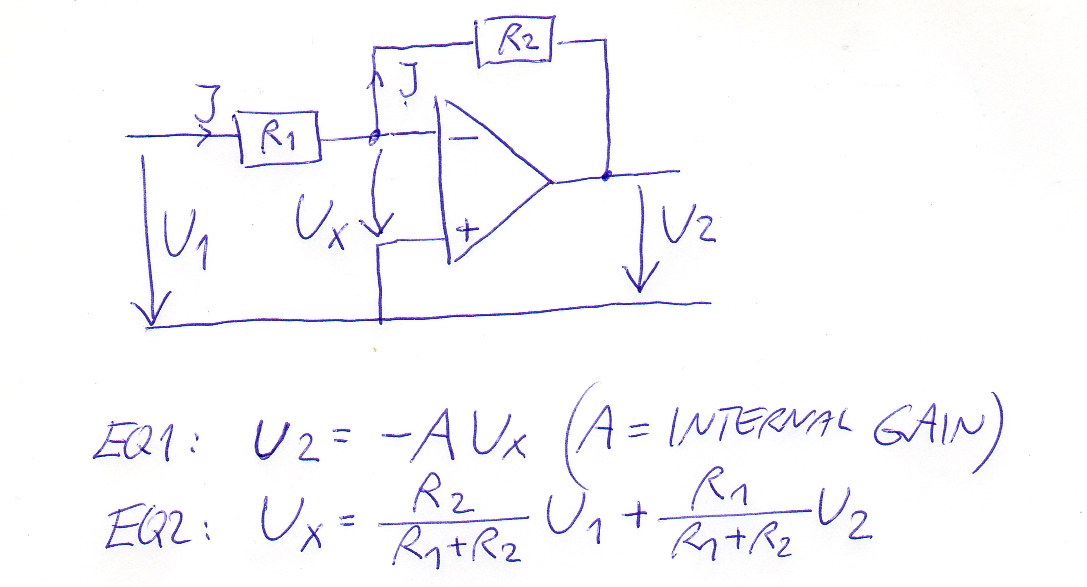 This is far away from the generic feedback model equations. We must write equivalent equations with non-physical quantities which we form by multiplying the equations retaining the equality: 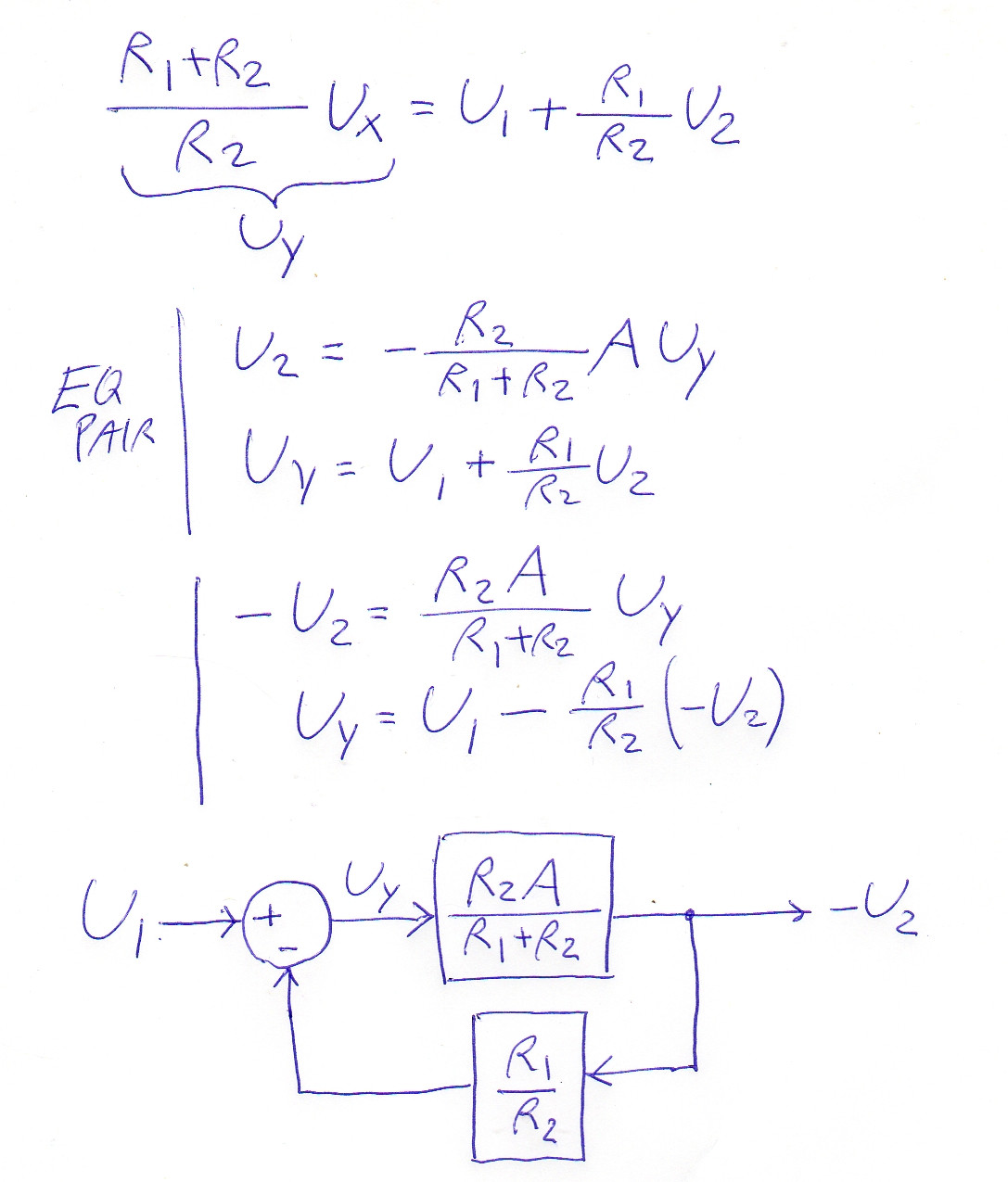 Now the system is formally like the generic feedback diagram. From it we for example see directly: When we let the gain A to grow to infinity, the circuit amplifies the usual way: U2 = -(R2/R1)*U1. That's the inverse of the feedback factor.

The given expression for the gain G is correct for the block diagram - however, it does NOT apply to the shown opamp circuit with resistive feedback (R1-R2).

The general formula for feeedback loop is:

For a very large value of A (we set it to infinity) this results in H=-R2/R1.

1
Use of superposition principle for the inverting amplifier

3
What does this op amp/transistor circuit do? (revised circuit)
3
Understanding Op-amp Negative Feedback
27
What is noise gain, really? And how is it determined in the general case?
0
Differential gain of an op-amp and feedback
1
How to find feedback resistor value?
1
Feedback Circuit schematic to Control Theory block diagram?
3
Transimpedance Amplifier Gain Analysis
0
Confused about op amp equation derivation
0
Design Methodology for Non-Inverting Summing Amp