I was considering the synchronous design model.

If I understand it correctly, it can be represented as so : 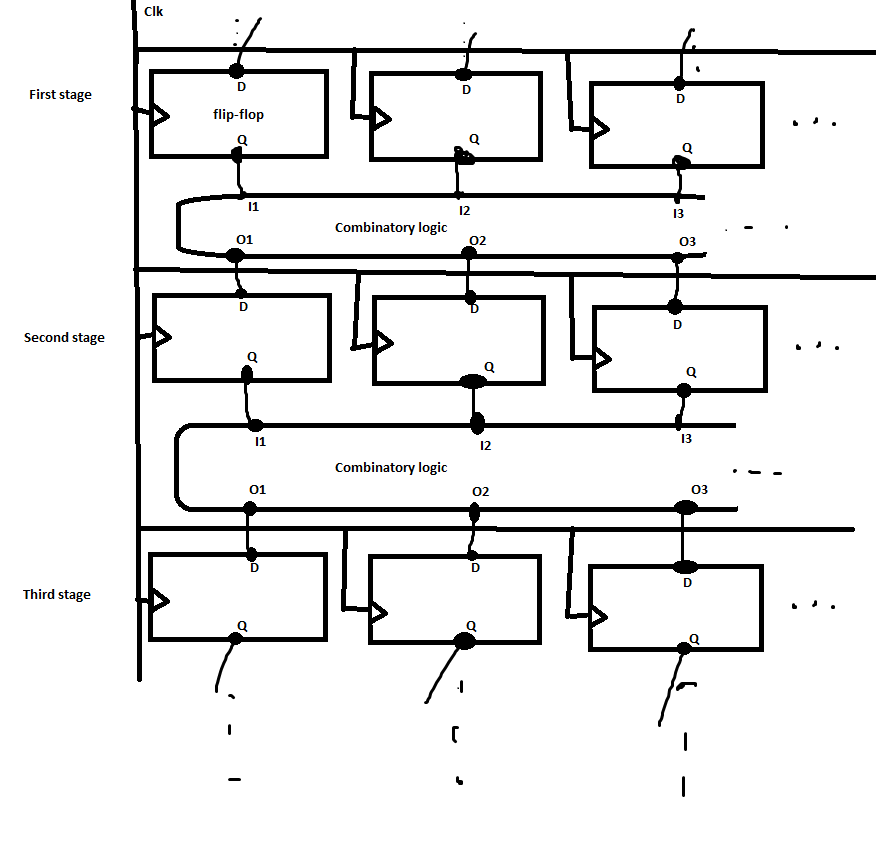 (excuse the awful schematic made with Paint)

The state switches within a stage are conditionned by the states of the previous stage and are triggered on the rising edge of the clock.

What I wondered was the following: on the rising edge, the stage number n switches, but so does the stage n+1, whose inputs are function of the states of the stage n.

That would mean the switch of the D input of a flip-flop is simultaneous to the clock, which lead to an indeterminate state of the flip-flop.

But that would mean that the circuit wouldn't work for any flip-flop.

Browse other questions tagged digital-logic synchronous or ask your own question.