I asked similar question recently, which also referred to differential transistor pair, but this one is different.

I made this circuit (in real world): 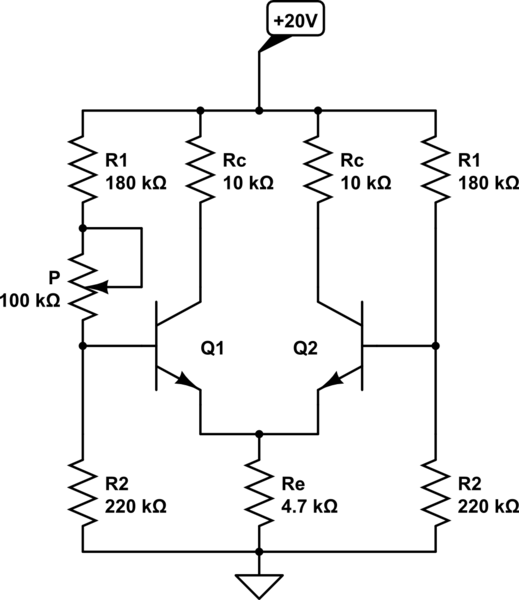 I was only experimenting with DC (no signal applied). Potentiometer was used to adjust I_e1 to equal I_e2. Beta of transistors were around 300 and both of I_e were set to be exactly 1.1 mA.

After everything was connected as shown, I started to observe the I_e of each transistor when one transistor gets heated up. So, I "touched" the Q1 with two fingers for a few seconds - but nothing happened (no changes in current), same happened with the Q2. It seemed a bit strange that nothing happens. Then I took my lighter and heated one transistor to temperature about 100 degree Celsius - the current through both of transistor didn't even blink! At the end I really really heated it up - and only at this level of heating, the currents moved up/down the scale for 4-6 uA (micro amps)!

I even replaced transistors - same results!

At the end I used different multimeter (in case one wouldn't work properly) - same results!

*This thing could be possible with current mirrors at collectors and constant current source at emitters, but I only used usual passive resistors. 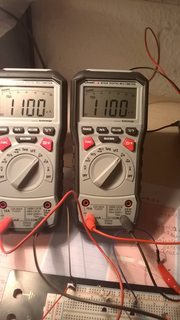 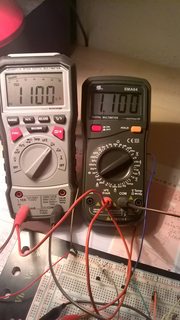 Browse other questions tagged current-measurement temperature diff-amp biasing or ask your own question.