This is a switched potentiometer from a LED uplight; it has two lights: (1) a switched only lower light controlled by a rotary switch, and (2) a switched and dimmed one for the upper light controlled by a switched potentiometer. This has failed (knob turns continually, no switching action) so the upper light won’t switch on. It’s a 20v circuit. I’ve taken out the (really cheap) switched potentiometer as shown and have included pics of the circuit board. I’ve got a multimeter but am not sure what to measure as the rotary action of the pot is mashed up internally. The only marking on it is "B1K" as shown. If anyone has any idea how to identify this I would be really grateful! If it comes to it, I could replace it with another rotary switch and lose the dimming function. 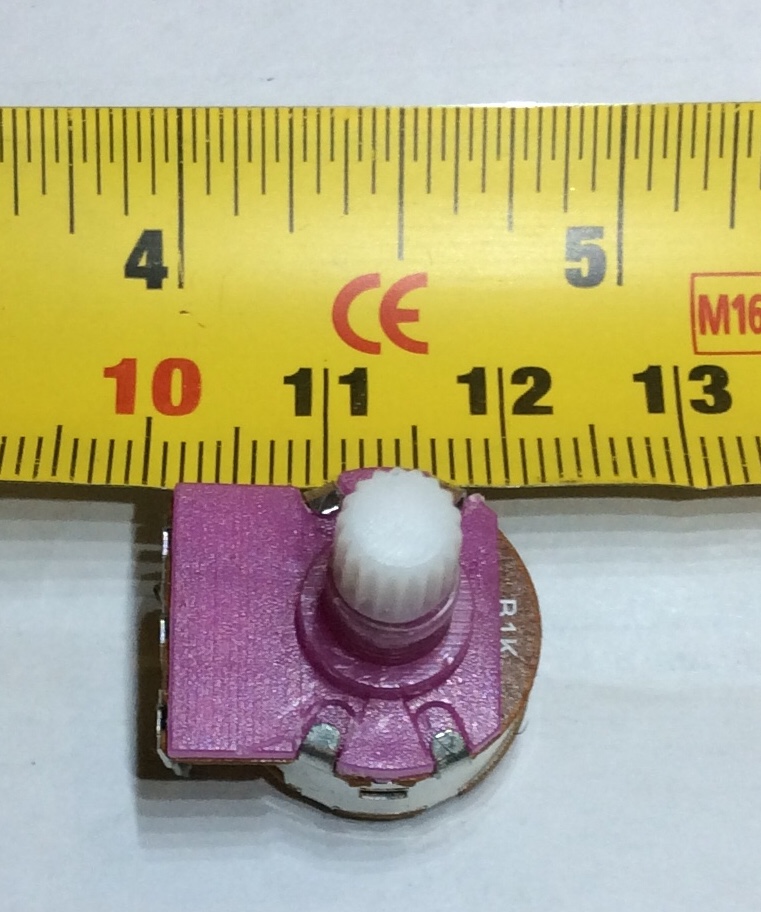 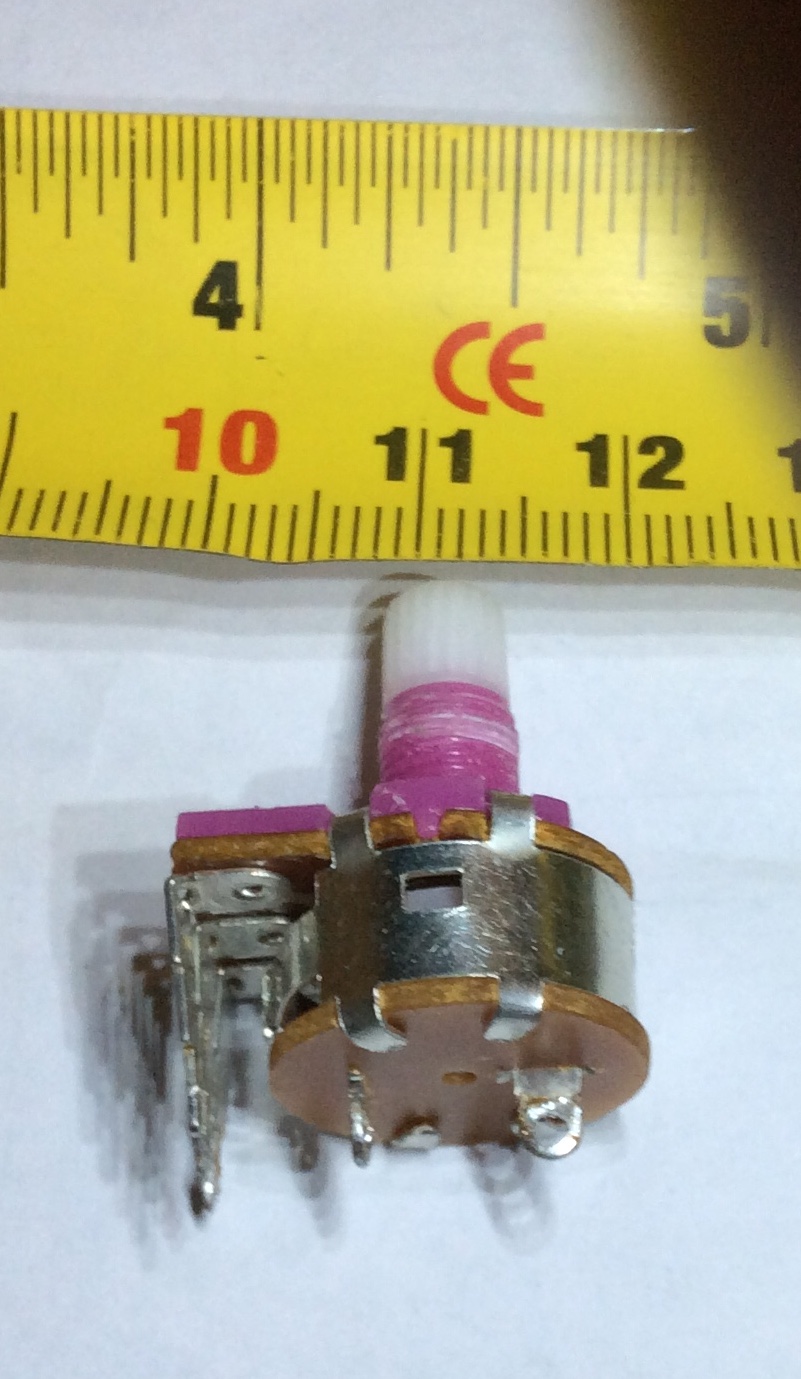 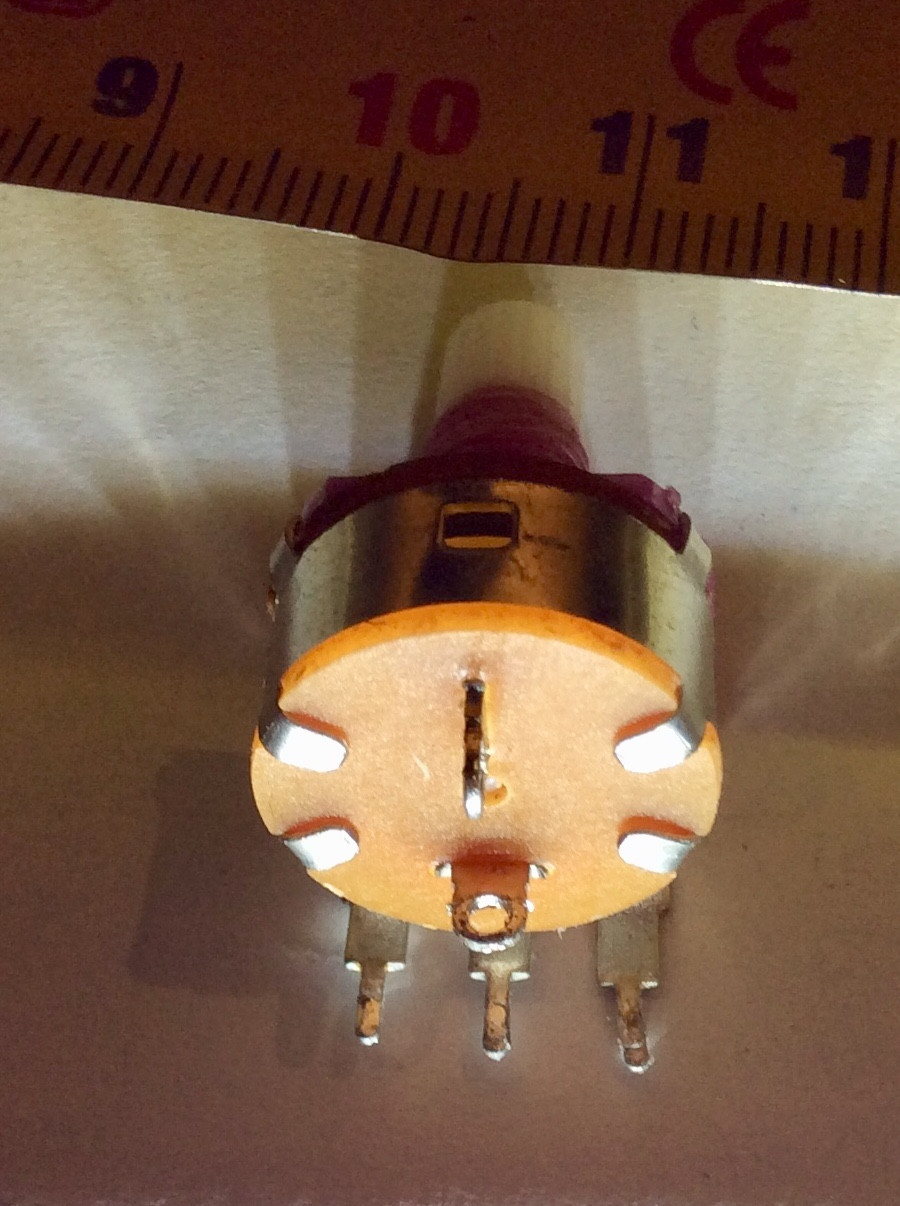 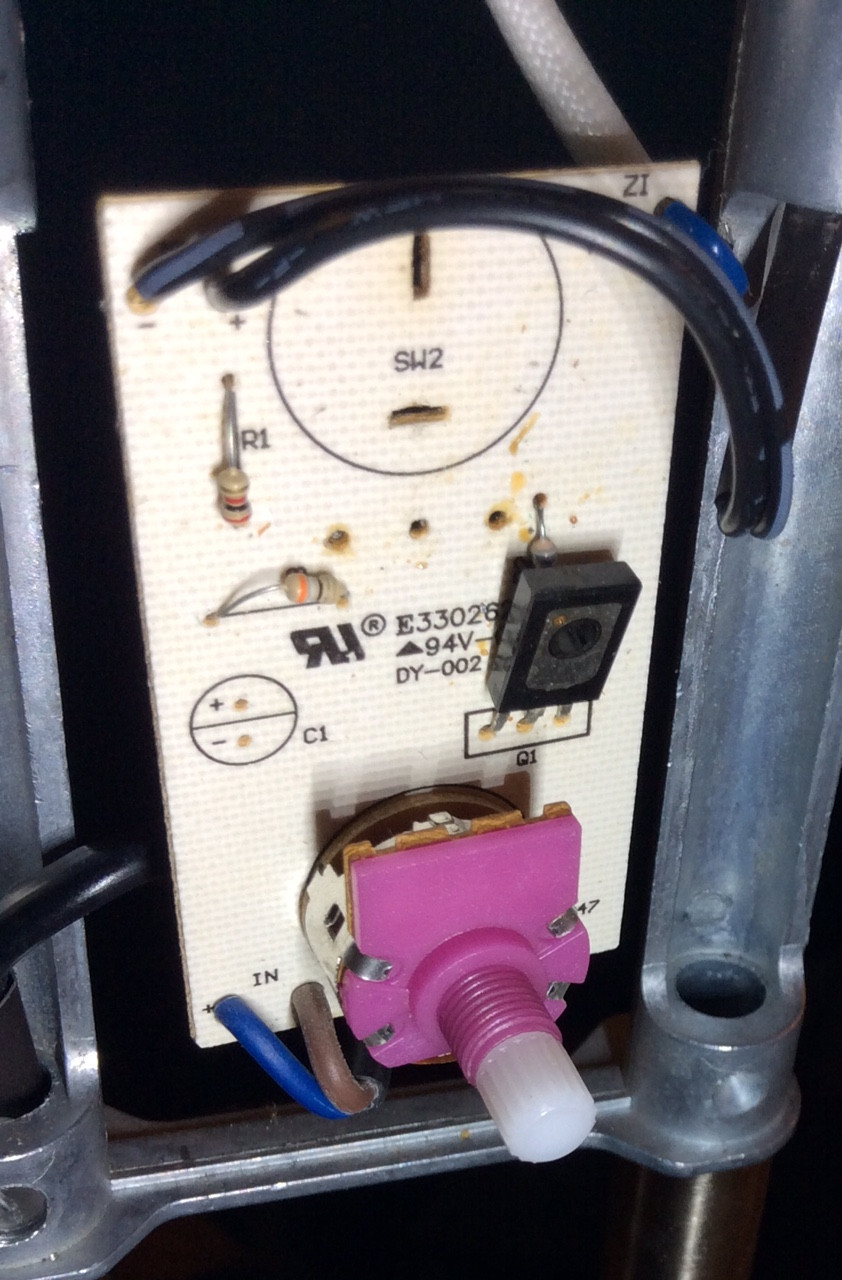 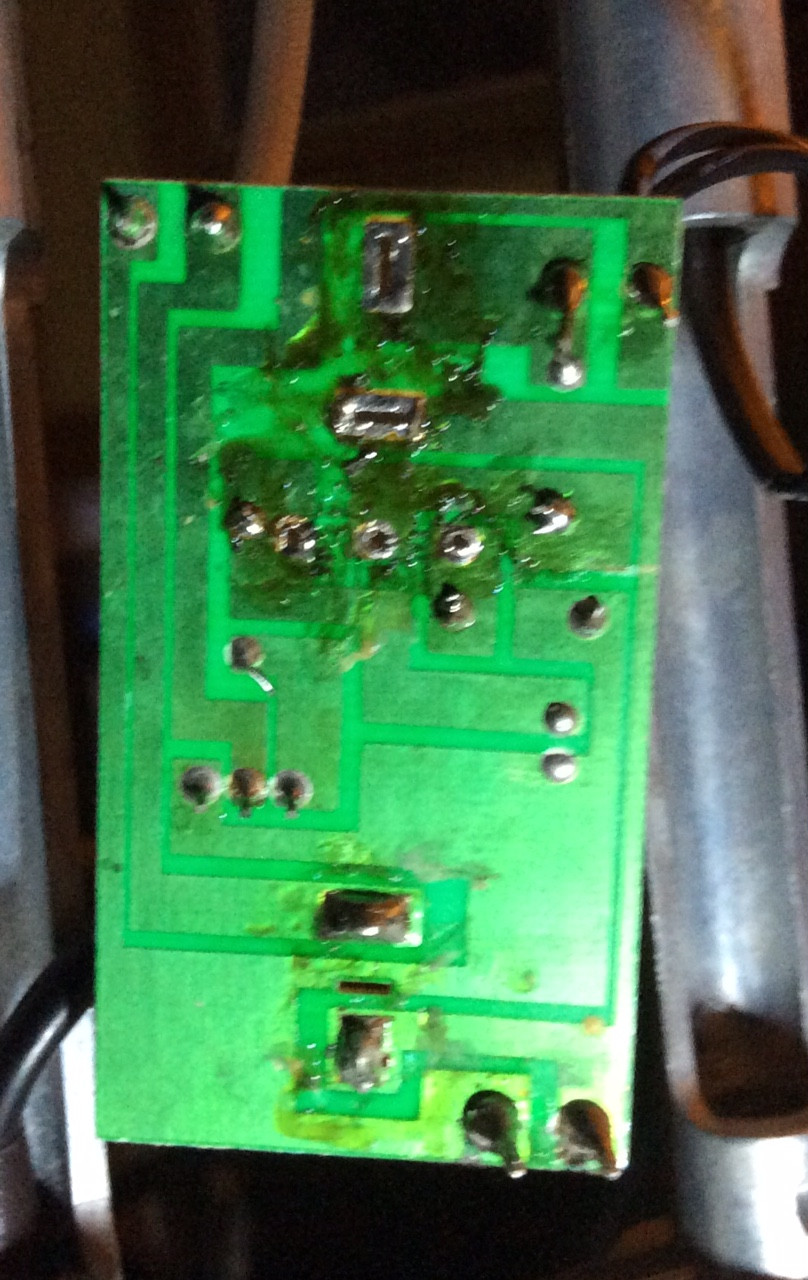 Well, probably 1000 ohms. Looks like a typical Chinese brand but I do't know which one.