I have a question about this circuit, using Zener diode as a protection for mosfet. I've found some related topics but didn't found any circuit which uses the same configuration. 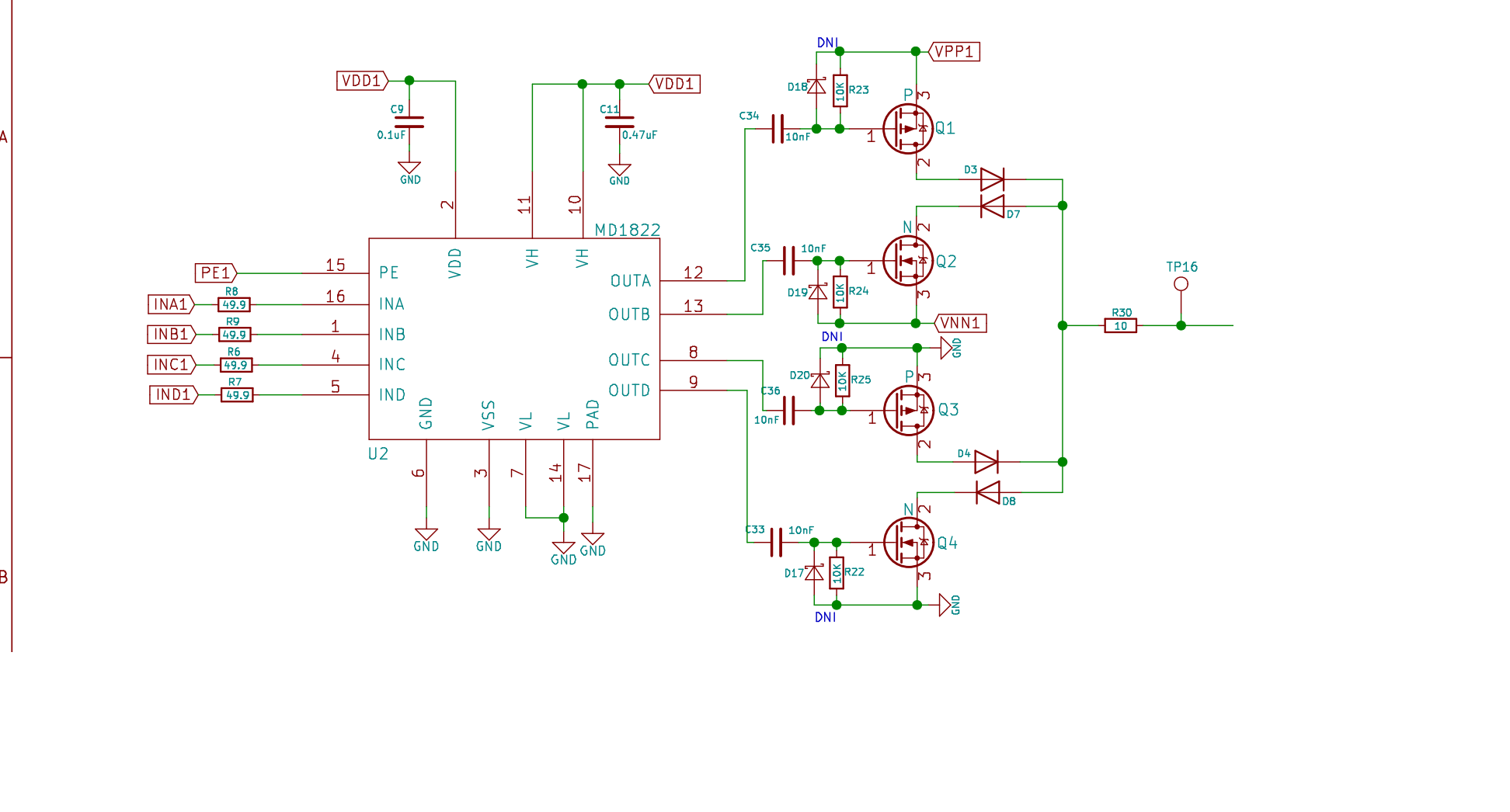 Can anyone suggest me that, Is this the correct approach?

When you first power the device, OUTB will either be 0V or 10V, let's say 0V. VNN1 will be -100V. This will make the gate 100V with respect to the source. Most MOSFETs won't be able to handle that and will burn out (or blow up), or they would if it weren't for the Zener. The Zener will effectively clamp Vgs at 15V, which the MOSFET WILL be able to handle. Once the capacitor C35 is charged everything will reach steady state, the MOSFET will see a Vgs of 0V and everything will work normally.

The Zener also acts as a regular diode, clamping Vgs at -0.7V or thereabouts, instead of allowing it to reach -10V; as it would do if OUTB stayed on for a long time, then was switched off.

Here is a fragment from one of my project where I use mosfet as reverse polarity protection (for battery input): 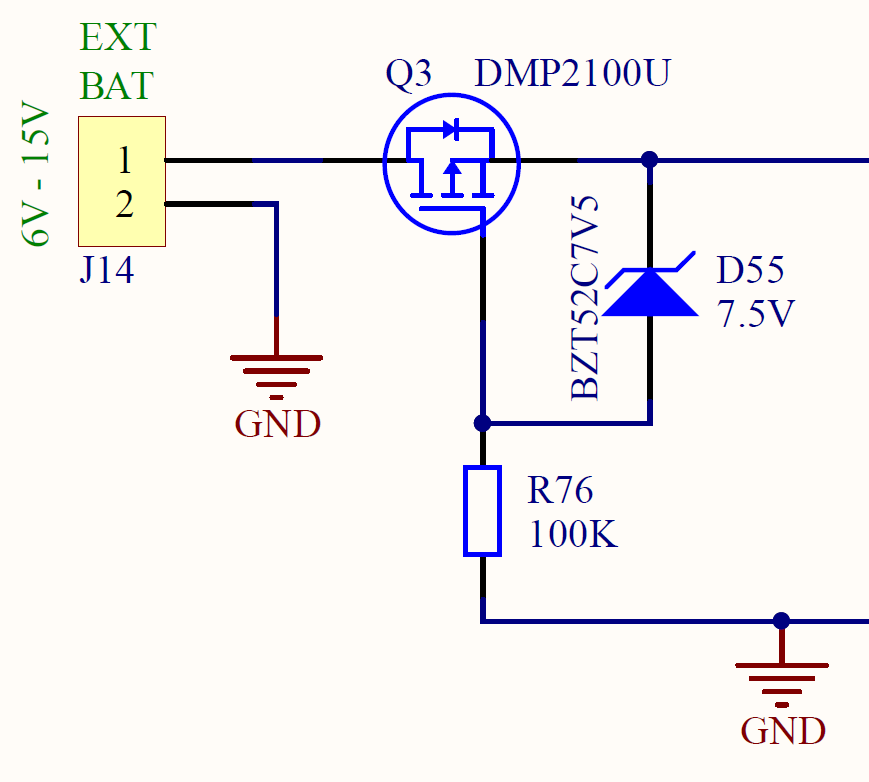 As someone said in the comment, the Zener voltage has to be lower than the maximum voltage of mosfet gate (VGs).

Not the answer you're looking for? Browse other questions tagged mosfet zener or ask your own question.

4
Is this resistor necessary for protection?