Are the following circuit parts (self made, not useful, and assuming there is more on each open side, just to make it a simple question) equal? I mean, does it matter if all connected items change order?

I heard that for correction capacitors the location should be close to GND and VCC of the IC to protect, but does this count also for the resistors/diodes in my example or for other parts or is it depending on the circuit of part (and where can I read about that)? 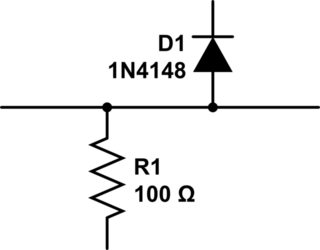 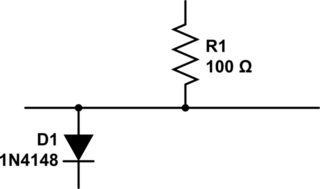 The reason I ask is that for the following circuit, would it matter e.g. to put (on the right) the 470R right of the interconnection towards 74LS14 pin 1? 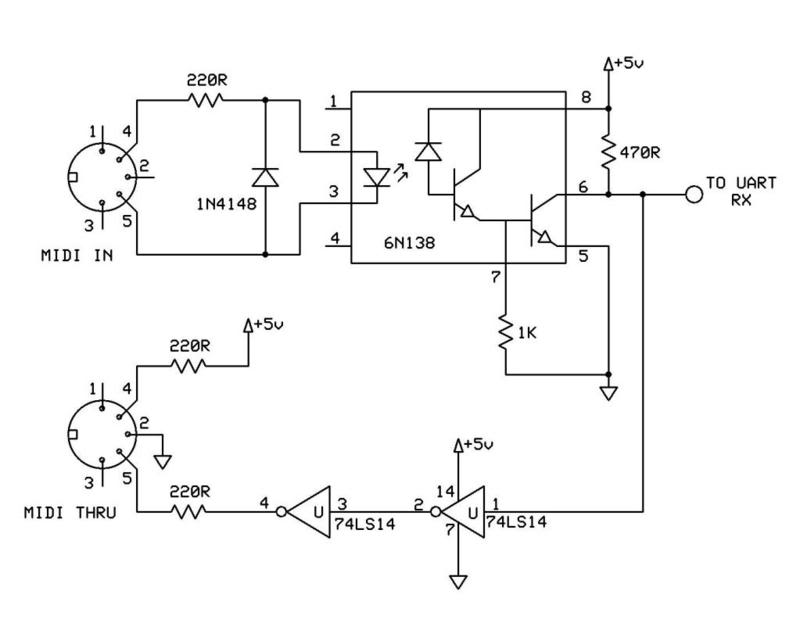 Every schematic is just a symbolic representation of your design. As long as the electrical connections are the same, it does not matter where you put stuff on the page. There is often a similarity between the schematic and the board layout, but that is not a one to one relationship.

It is also important to understand that the wires on a schematic are not wires, they are lines that simply indicate, "This pin is connected to that resistor and that capacitor and that other pin over there...". The whole thing is really just one electrical node stretched out in a way that makes it readable. (Probably more readable than this sentence was.)

Further, in some cases, like parts in series, it does not matter which one comes first. Electrically they are functionally equivalent, well as long as you don't poke around in the wiring with a scope they are..

Generally though, it is smart design to draw parts where their function is most easily understood.

Although you could draw the 470R down by the LS14, since it is acting as a pull-up for the open-collector output of the 6N138, it is easier to understand the schematic with it where it is.

If, however, there were two 6N138s driving the same pin on the LS14 from different parts of your schematic, having the pull-up drawn at the common point, the LS14, would make more sense.

There is some art and experience in designing schematics.

1
What are the electronics parts of a CD player
2
What parts do I need in order to connect a light to my netduino?
1
Sourcing parts with standard geometry
0
Automatically distinguish between various two terminal components
3
Advice needed: comparing two parts
0
Identify salvaged parts
0
Unknown Electrical Component