Find the transfer function of this 3th order filter [closed]

I'm working on a project and I need to find the transfer function fhe following filter (as a function of the value of the capacitors and resistors). How can I find that?

R1 and C1 just form a normal low pass filter, then the opamp R2, R3, C2, and C3 form a low pass Sallen-Key filter. Multiply the results, and you're done :)

A good reference for Sallen-Key designs is this application note, and the Wikipedia page for an RC filter is pretty good. As noted in the comments, the SK will load the RC filter so you will need to calculate the impedance of the SK as well.

As Sammy Hagar says, "there's only one way to rock" and to determine the transfer function of this circuit, the way to go is to apply the FACTs. First, we redraw the original circuit in a simpler form to make it look more friendly. The op amp is just buffering the output voltage to bias the right side of \$C_3\$ and \$R_4\$ is off the picture considering a 0-\$\Omega\$ output impedance: 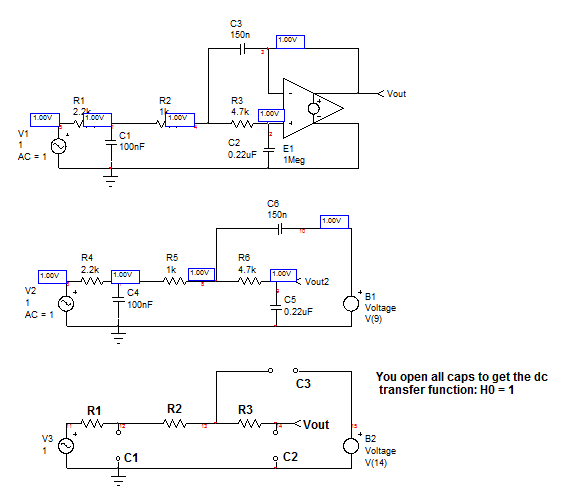 There are three energy-storing elements with independent state variables: it is a 3rd-order system. I can see there is no zero in this circuit because if I short any of these caps in the original schematic featuring the op amp, the response is always 0 despite the presence of a stimulus. Therefore, the transfer function obeys \$H(s)=H_0\frac{1}{1+sb_1+s^2b_2+s^3b_3}\$ 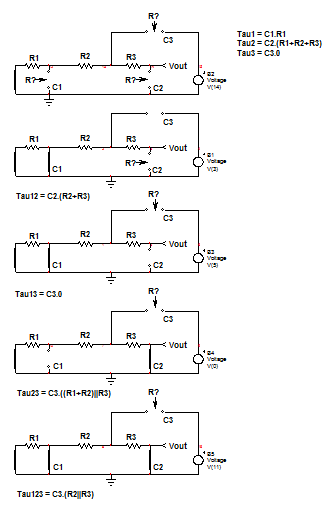 The transfer function appears in the below Matchcad sheet and confirms the 3rd-order behavior. I have rewritten the raw expression using well-separated cascaded poles for the sake of the example: 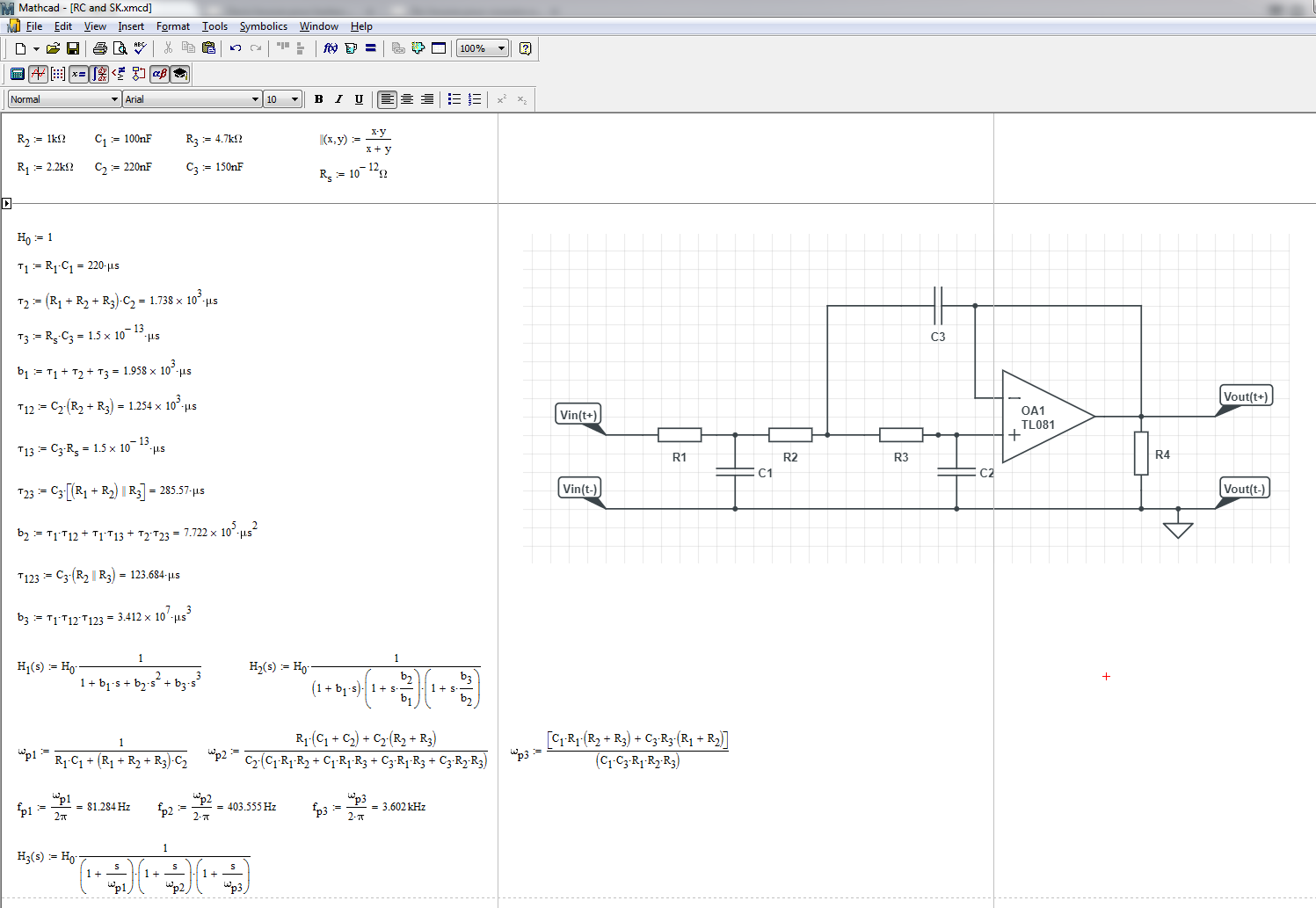 Edit: If you now use the on-line tool and program a 1-kHz characteristic frequency, the transfer function in which the component values clearly appear in \$H_2(s)\$ below confirms the 3rd-order Bessel dynamic response: 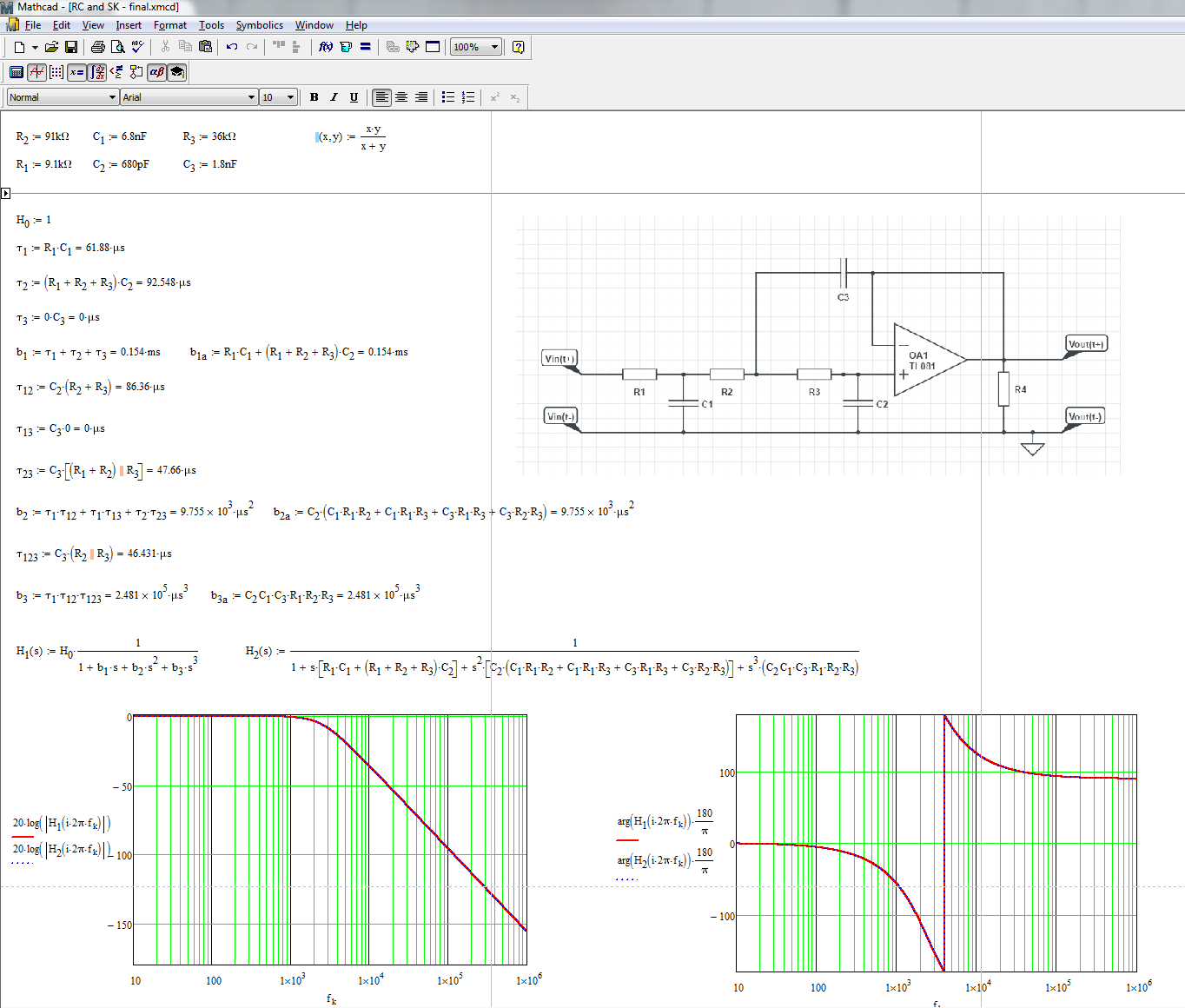 The most simple way for computing (by hand) the transfer function is the following:

1.) Find the voltage at the non-inv. opamp input up (taking into account Vin and Vout)

2.) Find the voltage at the inv. opamp input un (taking into account Vin and Vout)

3.) Equalize up=un (for idealized opamp). Now you have two equations for the two unknowns up(=un) and Vout/Vin. Solve this set of two equations. 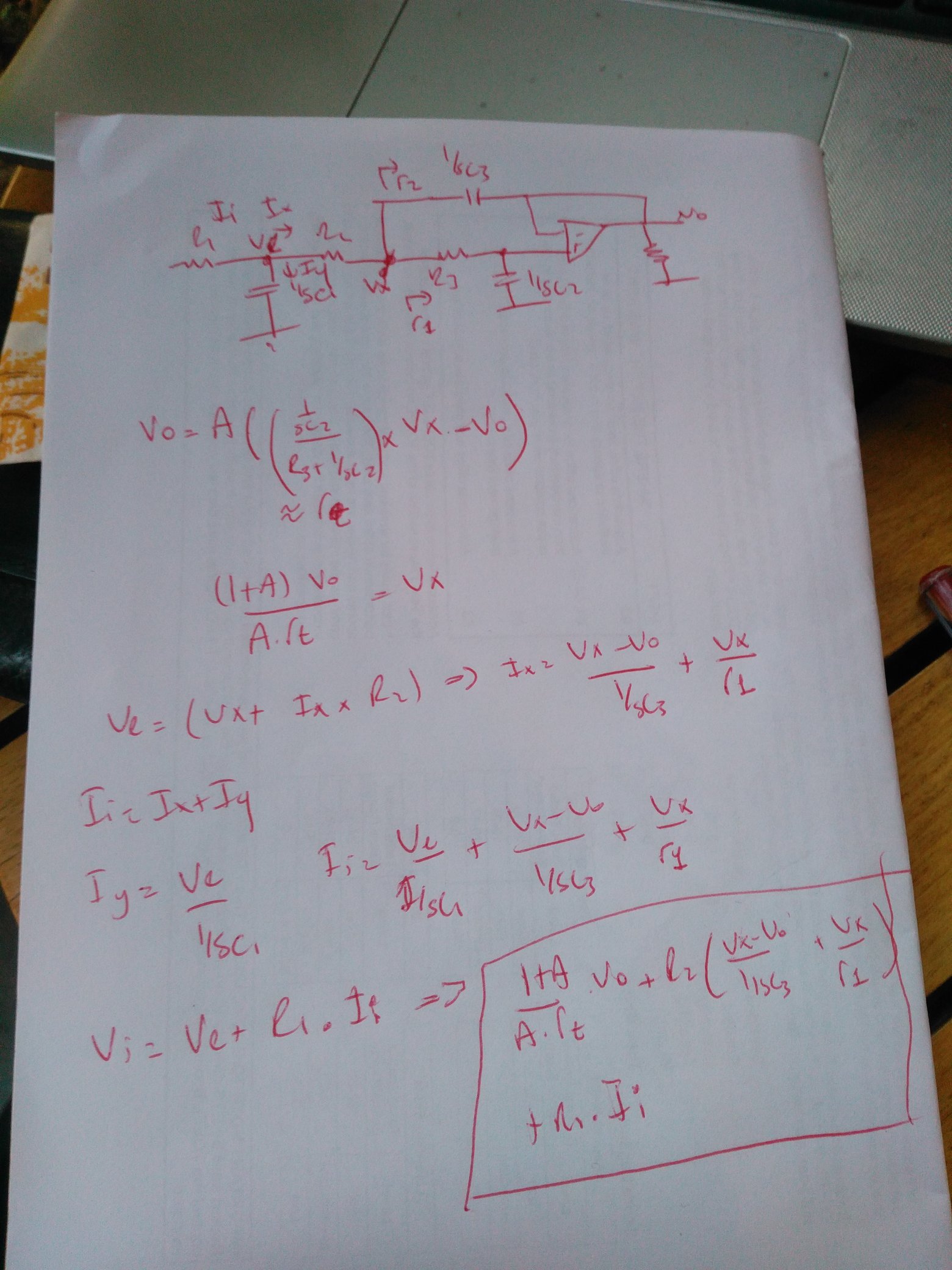 The answer is here, you just need to seperate Vi and Vo, then the transfer function is Vo/Vi. Just remember, it will become much more easier if you solve this kind of problems in laplace domain.

Not the answer you're looking for? Browse other questions tagged operational-amplifier capacitor resistors filter or ask your own question.