How do you determine what the circuit that determines the next state looks like? 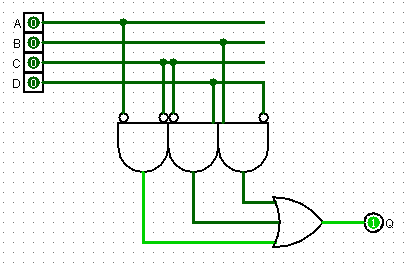 Moving on, I had to use the circuit I made to try determine the next state which in turn lights up an LED. Something like: 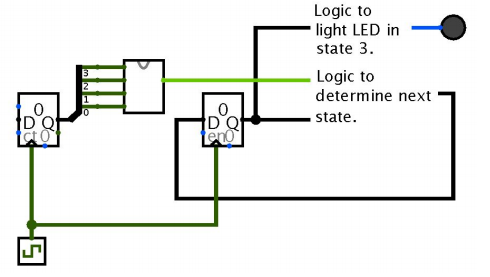 which I once again converted to two separate karnaugh maps and made a circuit for them which leads me to: 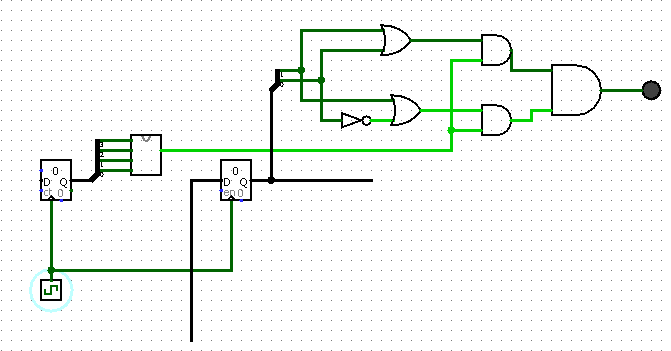 The FSM has one input, the input from the very first simplified Karnaugh map

For the last part of the problem, I have no idea how to create the circuit that determines the next state. I'm relying on truth table and Karnaugh maps to make my circuits quite heavily and I'm not sure what to do without it. Any help would be appreciated.

The truth table does not imply a sequential input, just a combinational input

I chose the fewer Q'. Using Q=0 s in the output gate uses Q' output = 0 implies using a NOR gate which is preferred to OR gate since it has lower latency with 1 less inverter.

Since there are 4 groups a 4 input NOR gate is one possible solution. There may be further simplication, but there is no sequential input implied.

This result could be implememnted with programmable logic or many gates in discrete form.

Not the answer you're looking for? Browse other questions tagged state-machines homework or ask your own question.

2
Finding the logic expressions of a finite state machine that has three possible inputs
0
Implementing a FSM using JK flip flops in VHDL
1
Finite state machine (FSM) that controls a memory block
3
4-bit Finite State Machine with 6 states and synchronous reset using D Flip-Flops
0
Algorithmic State Machine using D flip Flops - how to deal with don't care conditions
7
How do I design a clocked synchronous state machine for a combinational lock?
0
One-hot machine transition table
0
How would I finish out this mini project (emitting 1 whenever 101 is read)?