Here's full problem with data and solution with no explanations: 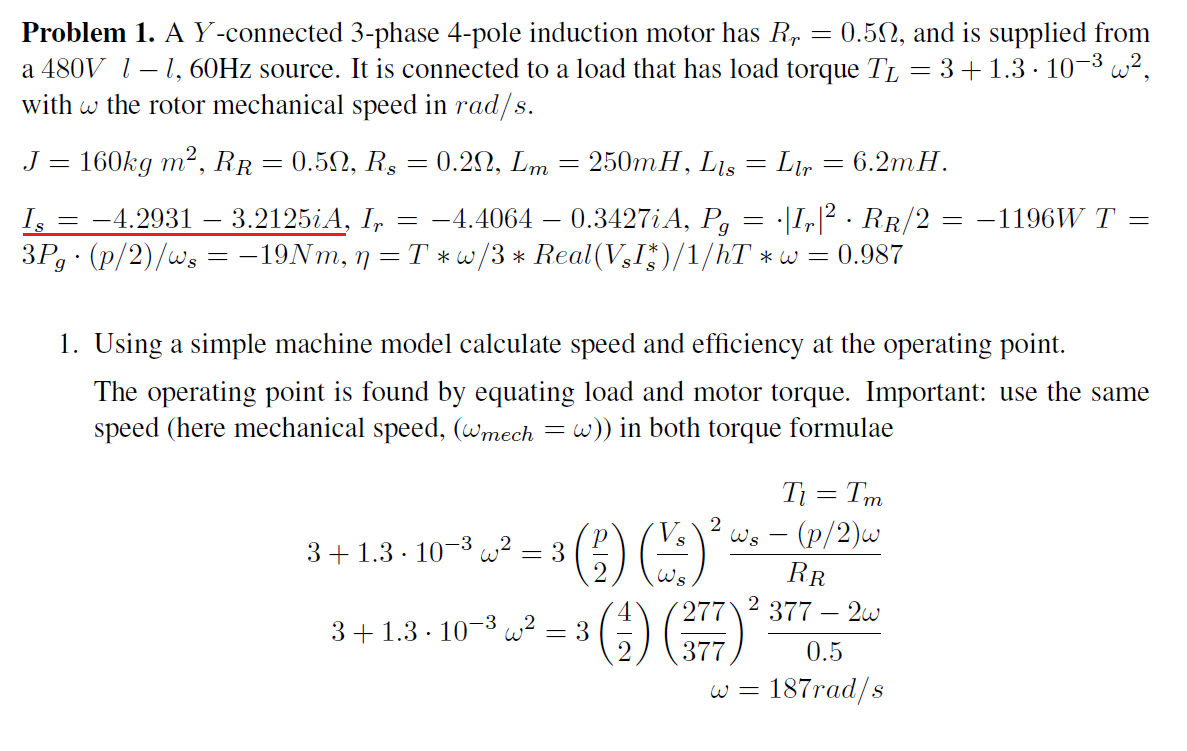 I know the general idea of how asynchronous induction motor works, but I don't quite know about equivalent circuits and how everything connects to make proper calculations.

For instance, is this the equivalent circuit model for stator?

For instance, is this the equivalent circuit model for stator?

That is the equivalent model of one phase of the entire motor. The stator part consists of Rs, Xs and Xm. Wr and Rr are the rotor components. Note that it has been simplified to remove the effect of the stator:rotor turns ratio. However you can assume that the rotor parameters given are the values referred to the stator circuit. Referral to the stator means that the stator frequency can be used to calculate both Xs and Xr. The speed of the rotor is the mechanical speed.

The stator current is calculated by dividing the phase voltage by the equivalent complex impedance of the entire circuit shown.

To further explain the concept:

Conceptually, the mechanical structure must always be kept in mind. In analyzing motor performance, "no-load" is assumed to be operation with nothing connected to the shaft. Except for that special condition the speed of the rotor = speed of load. The torque developed in the rotor = torque of load plus mechanical losses in the motor consisting of bearing friction and aerodynamic drag on the rotor (windage). In this problem, mechanical losses seem to be considered to be part of the load or considered to be negligible. Stator speed = field speed = synchronous speed.

It appears that iron losses have been considered as negligible in this problem. In the equivalent circuit, iron losses (hysteresis and eddy-current losses) would be represented as a resistor in parallel with Xm. That is a rather large loss to neglect, but I it is probably necessary to neglect it in order to construct the problem the way is is constructed. 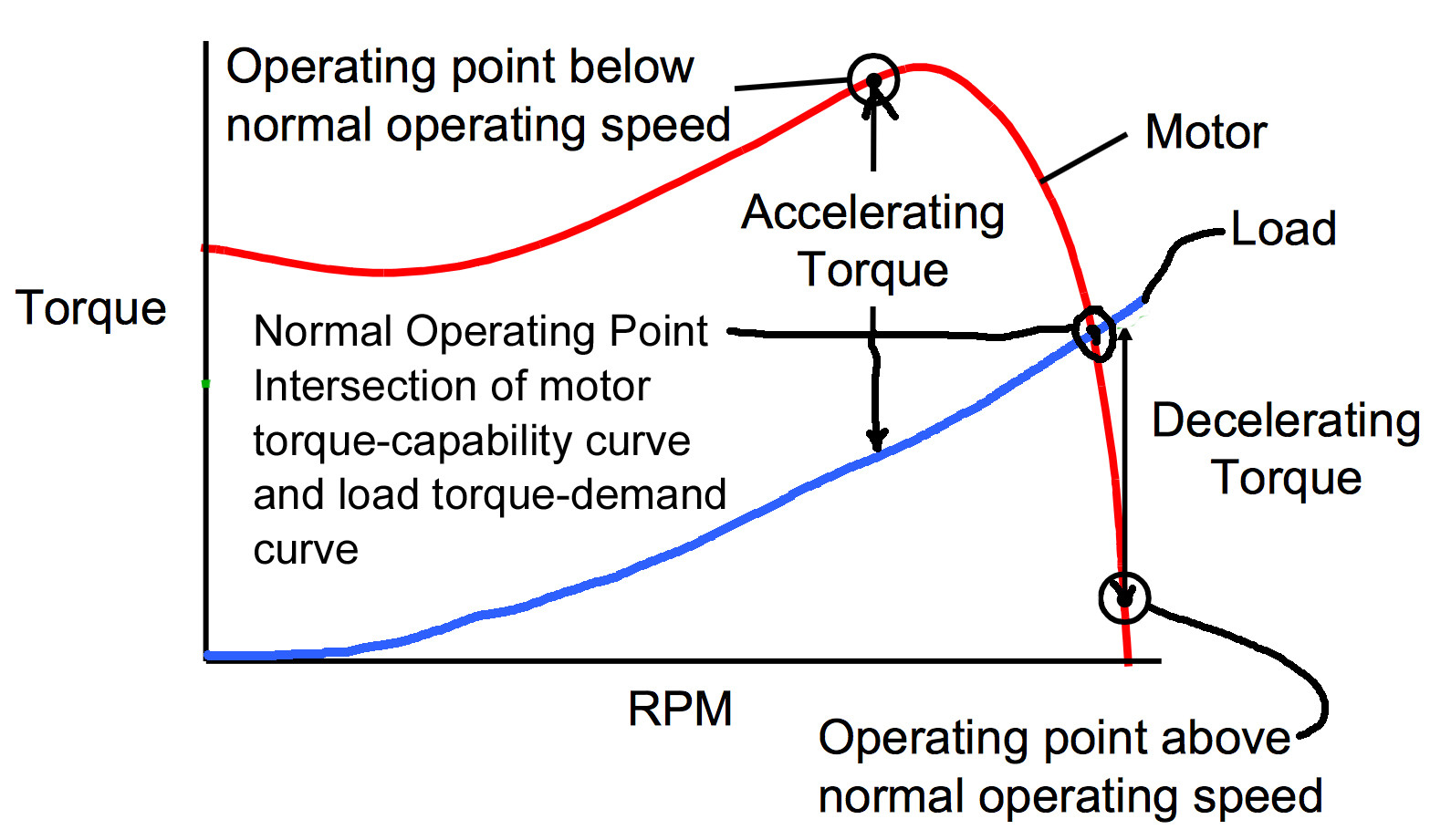 Not the answer you're looking for? Browse other questions tagged motor induction-motor torque or ask your own question.