Is there a gap in an LED between the plates (post & anvil) or a wire (or are there different kinds of each)?

I previously believed there was a gap between the plates inside an LED (between the post and the anvil).

However, I recently saw the following drawing on wikipedia (https://en.wikipedia.org/wiki/Light-emitting_diode#/media/File:LED,_5mm,green(en).svg ) : 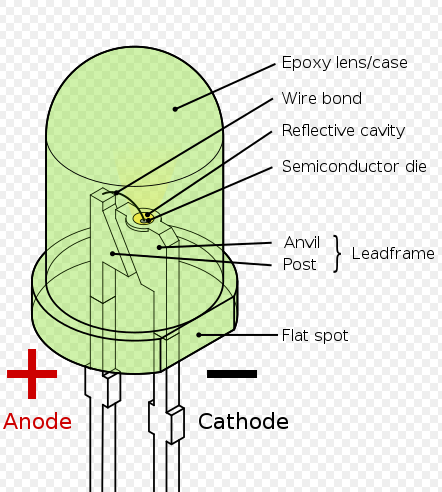 I noticed that it shows the "Wire bond" which seems to indicate a wire from the post to the anvil.

Is there actually a physical wire there?

I always thought the electrons jumped the gap and that there was no wire and that was part of why LEDs lasted so long.

If there is a wire there, is it the part that lights up? Or, do the electrons still jump the gap? (I'm assuming they are conducted on the wire, but just attempting to clarify.)

If the wire is there, is this a (more) recent design change to LEDs? Did LEDs of the past have or not have this wire? Is this a special type of LED with the wire and there are some that don't have it?

Yes, there is actually a physical wire there. However, the wire does not short out the anode and cathode, it connects from the anode onto part of the semiconductor die.

The wire is just a wire, it does not contribute to the light output of the LED. (Other than providing a necessary electrical connection)

This is not a new LED design.

All of the light emitting function happens on the small part labeled "Semiconductor Die" in the figure. In fact, that is the only part necessary. You could produce an LED with just the die, and it would work just fine. Although it would probably be quite difficult to use, and fragile.

LEDs are a special type of diode that emit a significant amount of light under forward bias. There is no "gap" that electrons jump across.1 The "Wire Bond" in the diagram connects the anode wire on the LED package to the anode connection on the semiconductor die. It is called a "wire bond" because "wire bonding" is the method used to connect these wires. The purpose of everything else in the diagram is mechanical stability, or light focusing/defocusing.

To show a good image of what's going on, here is an LED in cross-section (taken from this nice article on LED failure analysis) 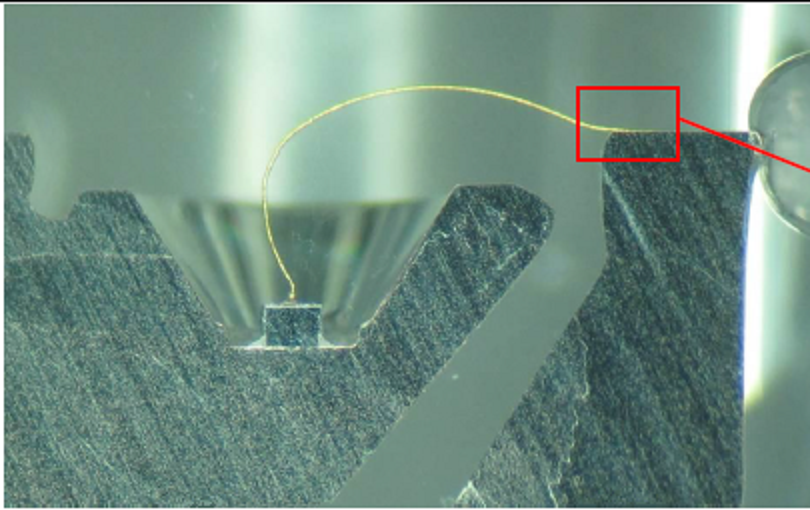 Here you can see the semiconducor device sitting in the cone well of the cathode. This well is there to work just like the reflector in a normal flashlight. The light emission from the device comes from the edge of the chip at the junction between the p-type and n-type semiconductors and the reflector deflects the light to exit the top of the LED device. 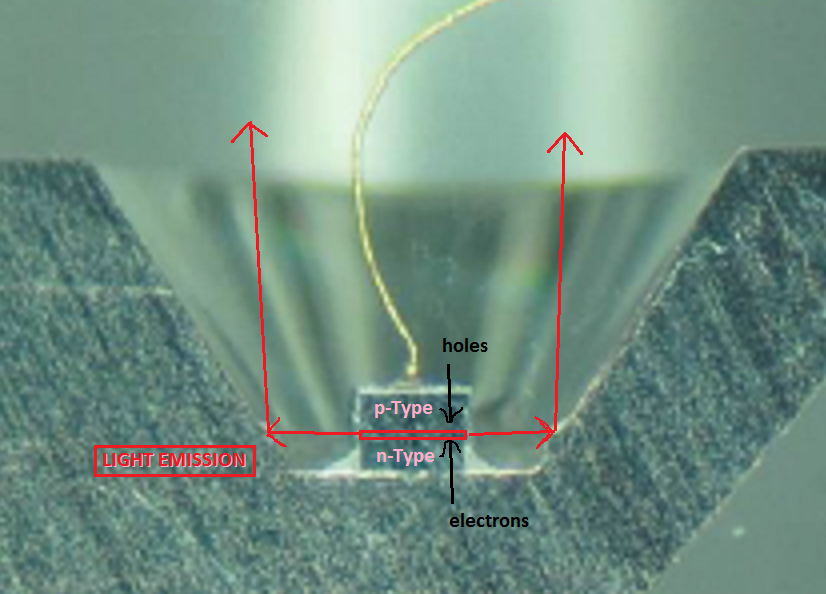 Here is an example of a different style LED package.
The active part of the LED is the die which one side is the lead, and the bond wire attaches to the other connection. 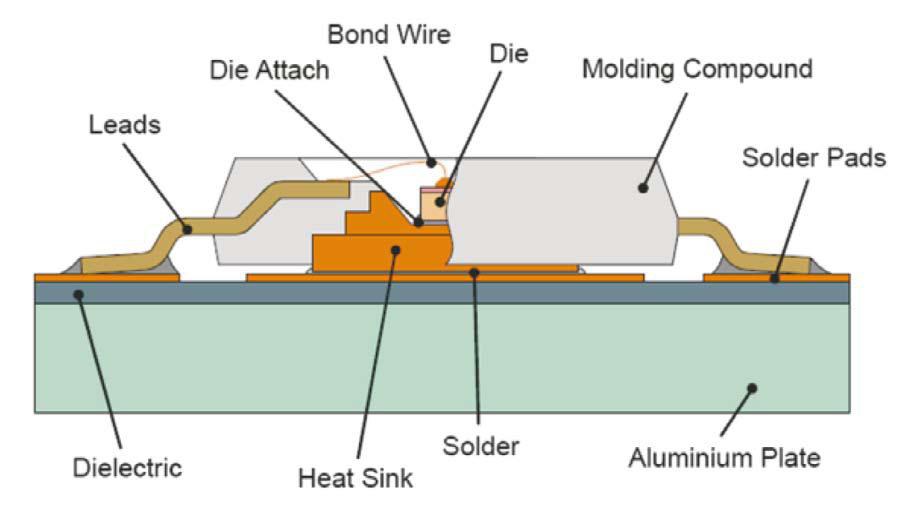 LEDs are fabricated with a diode p-n junction where the p-type and n-type material is separated by a bandgap material. When a diode is forward biased, donor free electrons on the n-type side diffuse over to the p-type side where they encounter many p-type holes with which they recombine. This recombination can be either non-radiative (diodes) or radiative (LEDs). 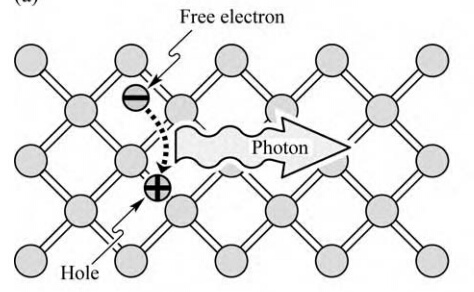 When a diode is forward biased, donor free electrons on the n-type side diffuse over to the p-type side where they encounter many p-type holes with which they recombine. This recombination can be either heat generating non-radiative (diodes) or radiative, light generating (LEDs).

In a radiative recombination event, one photon with energy equal to the bandgap energy of the semiconductor is emitted. 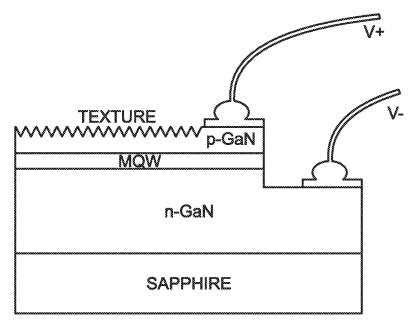 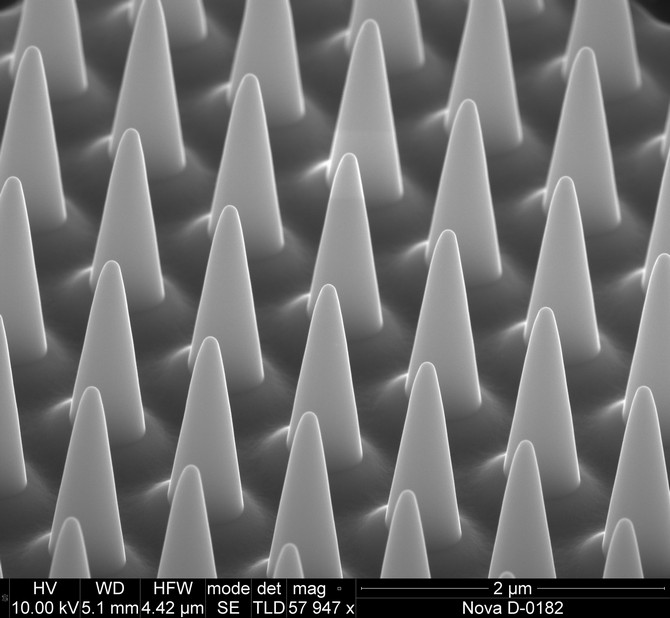 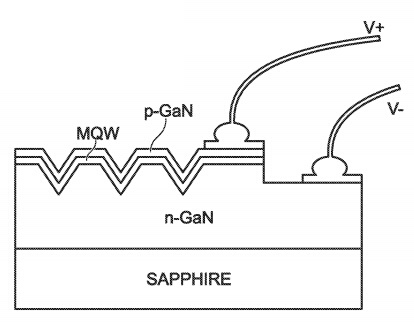 The light emitting surface is no longer flat. 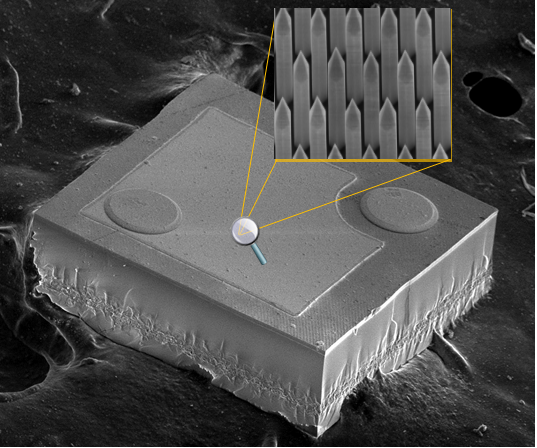 In current LEDs the light emitting surfaces are structured in columns. 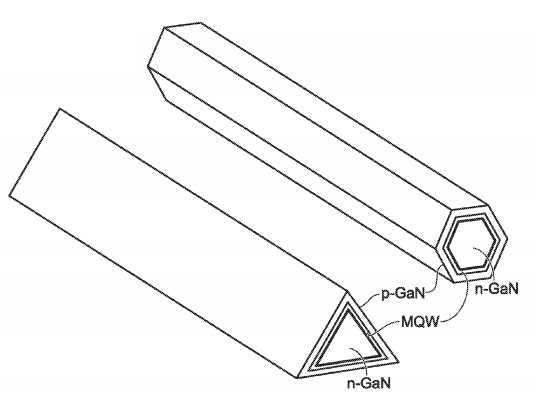 Columns can be horizontal or vertical. 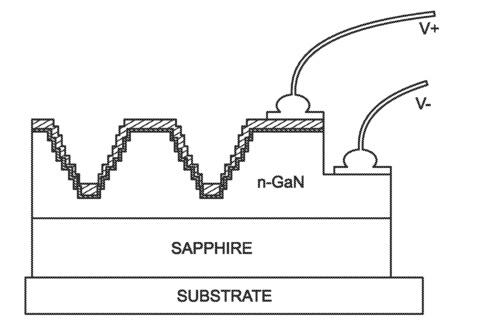 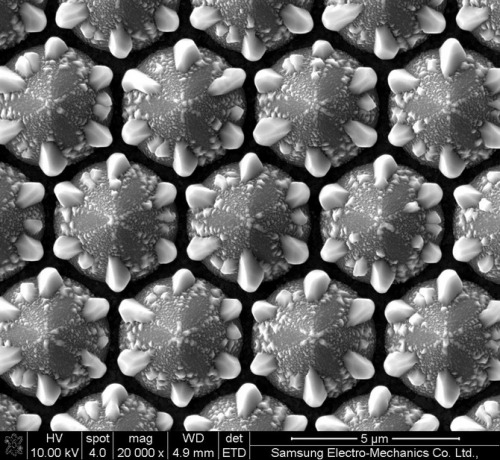 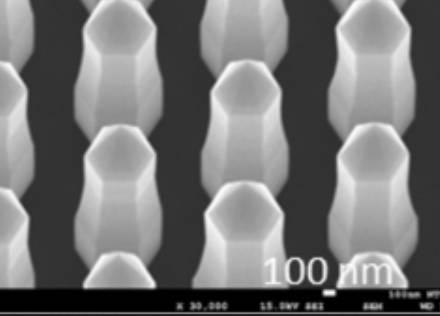 Not the answer you're looking for? Browse other questions tagged led circuit-design components or ask your own question.

0
Using LEDs in a bridge rectifier for light, not load
2
Auto detect LED failure
3
LED Polarity: Why does this LED have the anode as the short pin?
2
UV Led / Did I get Harmed?
1
LED resistance calculation for combined Series/Parallel Configurations
2
What is the technical part name of conical indent LEDs?
5
LED anvil and post are reversed!
25
Strange LED behavior: Why is there a voltage over the LED with only one wire connected to it?
16
Help me understand this circuit - unexpected LED behaviour