I got a faulty Tektronix 2213 analog oscilloscope and am hoping to repair it. When it should be showing a straight line, it shows this crazy waveform instead. This results in severe distortion when viewing any signal. 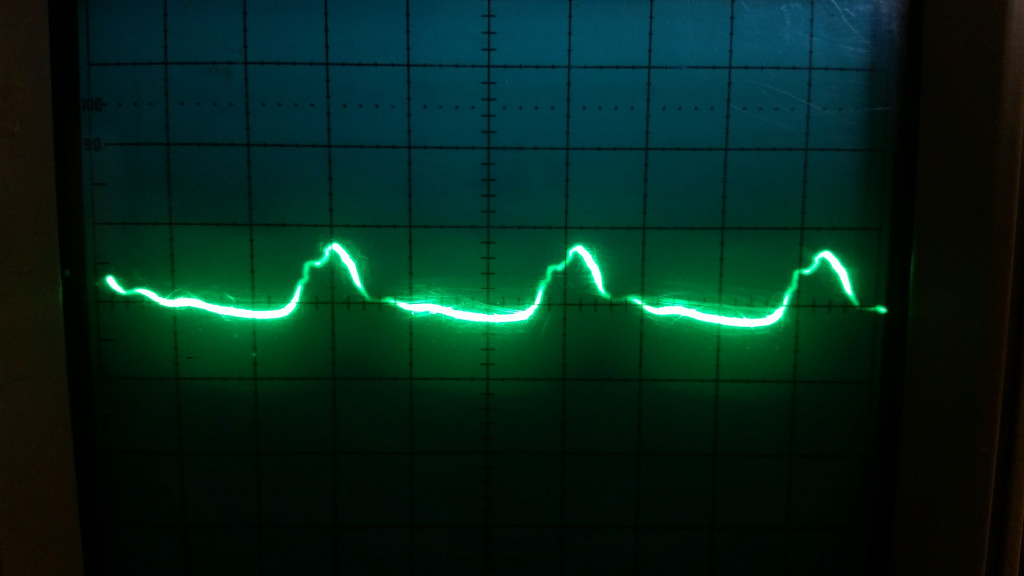 That picture should be a straight line, the input coupling is set to GND. Here is a picture of the settings: 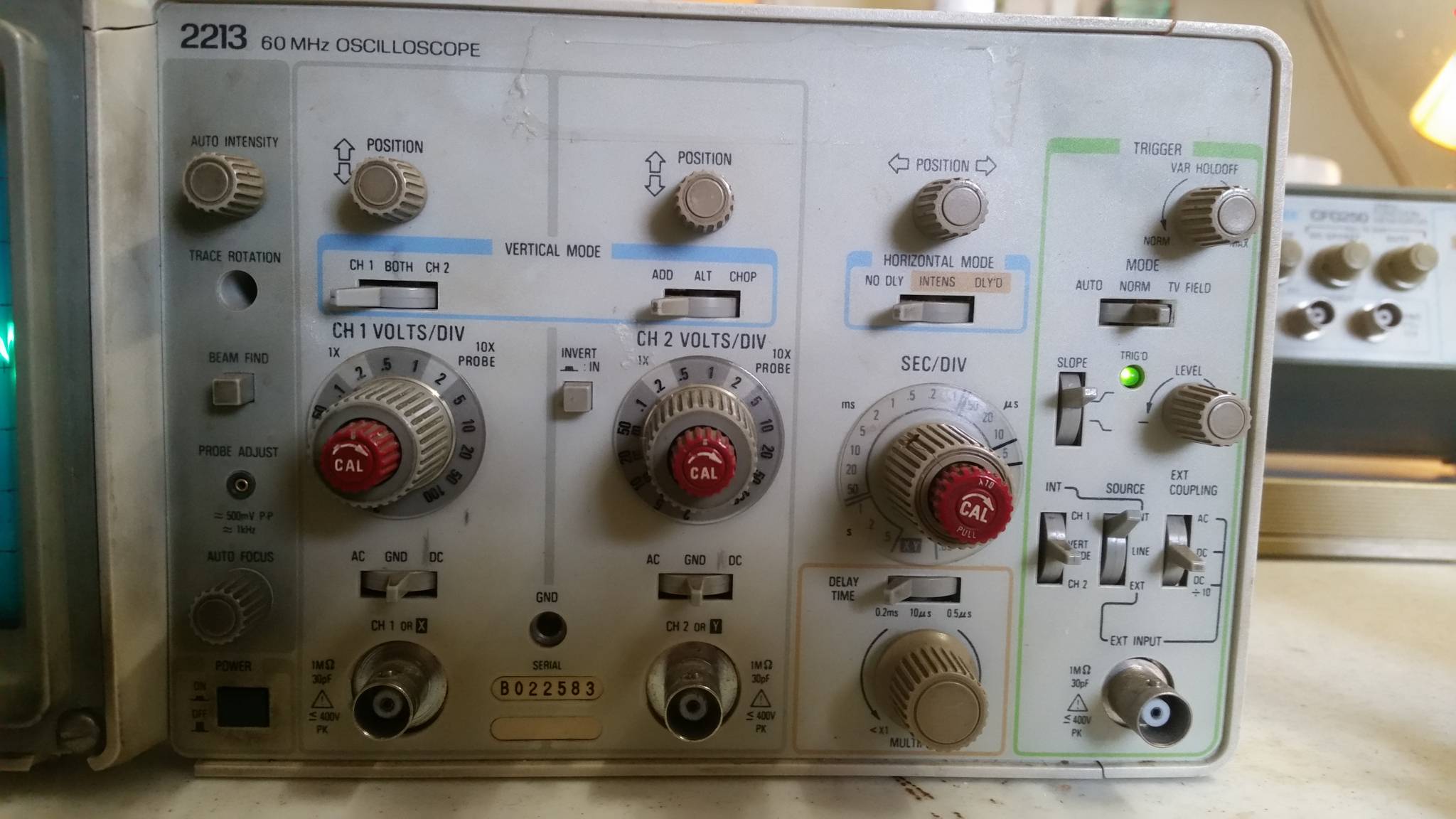 The trace looks different on different settings, it gets bigger at smaller volts/division and gets wider with smaller seconds/division, exactly how a real signal would respond. It can even trigger off of this "signal". It looks the same on channel 2 as well. It looks like it might even be affecting the Z-axis, notice the varying intensity, although it does not seem to correlate with the amplitude of the signal the way you would expect if it were indeed being modulated by the same signal.

I checked the voltages inside and they are all slightly high (except for the regulated 5V line), out of tolerance according to the service manual. I think this is due to my power line being 120V instead of the 115V the manual specifies for testing. Unfortunately I do not have a variac to test this theory.

Any ideas would be greatly appreciated, I'm about to start just trying each test point from the manual and seeing if the waveforms match, but knowing what area to focus on would be a big help. Here is the service manual: http://w140.com/tektronix_2213_service.pdf

I do have another good oscilloscope to troubleshoot this with. I've hooked up a function generator and am trying to trace the signal to see where the distortion begins but it is very difficult to probe the front end from all the stuff in the way. I would need to remove the attenuator board to reach most of the points and it plugs straight into the front panel board- I don't see a way to probe most of it while it is operating... but I'll keep trying!

Something is definitely also affecting the 1KHz calibration output. The trace will not stay still on the scope I'm using to measure it and it is triggering at around 45KHz and the top and bottom of the square wave look incredibly noisy. I can't tell if it is exactly the same noise modulating it...

If this is the case, suspect a huge ripple on the power supply of a specific stage, perhaps due to a dry electrolytic capacitor.

You are lucky and unlucky at the same time.You have a service manual. Unfortunately you need another oscilloscope to fix this.

Obviously the sweep and the y deflection work at least somehow, but some bad unwanted reqular signal exists for some reason. Be it a faulty component, broken joint, short circuit or dirt - you must find it.

Fix this yourself or get local help. An analog oscilloscope doesn't get more convenient to use. I used it's brother TEK465 as long as there were proper maintenance available. One day my boss brought it away because the job couldnt stand unreliable instruments and keeping TEK465s in full condition had become too costly.

Not the answer you're looking for? Browse other questions tagged oscilloscope repair or ask your own question.