Why is the brightness of my red LED slowly decreasing?

I have a RGB LED for photo-detection in my design with each color controlled by a MOSFET to manage light intensity of each color. The green and blue LEDs work great, but my red LED appears to slowly fade out over time. I measured my forward voltage (Vf) to be 2.6V on the red LED at the beginning, but it drops to ~2.56V over the next few minutes (in spec).

Here's my schematic. The left is my tricolor LED and MOSFET set-up and the right is the PWM expander, controlled by I2C: 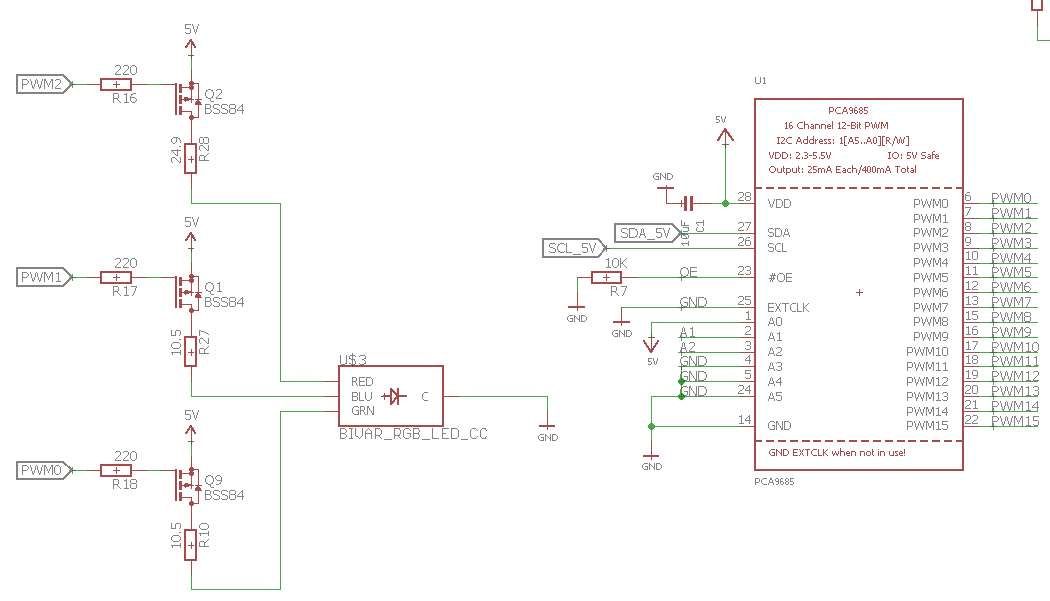 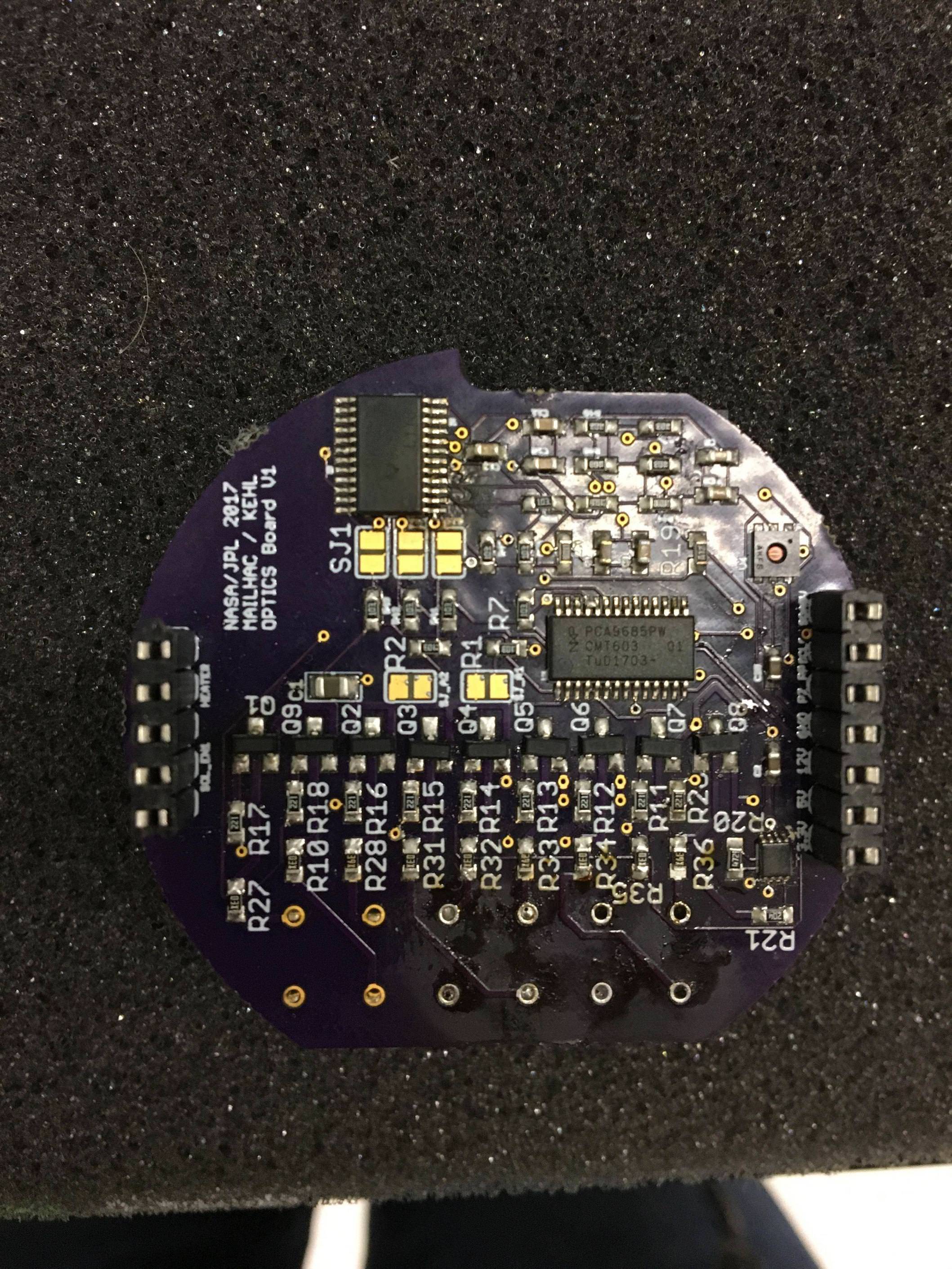 Here are the specs for my tricolor LED (I circled the correct one):

When I measure the light intensity coming from the LED over time, I can see the red intensity dropping while green and blue stay steady. Can a solder joint affect the LED? I wouldn't have thought twice about this, but I have an extra RGB LED so I removed one of my old (dead) ones and connected the LED with wires instead of soldering to my board. I have the LED on 'red' and the intensity isn't going down.

This has happened to 4 LEDs now...

Just because the forward voltage is in spec it doesn't automatically mean the forward current is too. 2.6V across the LED leaves 2.4V across the resistor/MOSFET which could mean 96mA through the LED and hence 250mW dissipated, which is well above the absolute maximum of 150mW.

I think you're killing your red LED.

The forward voltage in the datasheet simply gives the value you would expect to see when passing a given current through it, I presume this is the 50mA it gives in the column header but it will say somewhere.

Your problem appears to be the variation in the RDS(on) for the device you are using. The datasheet for the BSS84 shows that the normalized RDS(on) will increase as the FET gets warmer. 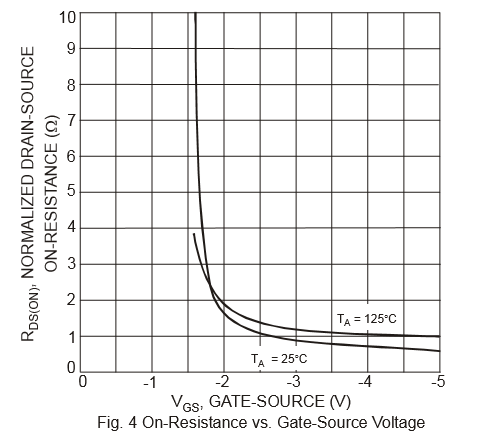 The RDS(on) for the device could be quite high (10 Ohms) compared to your series resistor.
Since in your comments you say the voltage across the 24.9 Ohm is 1.946 V ....added to the Vf of the LED this leaves about 494 mV across the FET (depending how accurate your 5 V supply is), so it's not an ideal device (RDS(on) is about 6.3 Ohms) for your application.

Not the answer you're looking for? Browse other questions tagged power led transistors resistors or ask your own question.