I am designing a board to convert high voltage (~400V) DC down to medium voltage (~30V) DC to provide power to subsequent boards. In its simplest form, my board will consist of the DC/DC converter and a large capacitor bank for large transients.

The DC/DC converter I am using has a limitation on it, where it can only supply 10% of its maximum rated current until it has reached 50% of its nominal output voltage. The capacitor bank consists of ~20mF of capacitance. This caused the need for my soft-start circuit.

My soft start circuit is made of an high power N-channel MOSFET (FDMS86540) and a high side gate driver (LTC7003). It is designed to limit the inrush current to below 750mA until the capacitors are fully charged and then cause minimal power dissipation (R_on of MOSFET). Below is a schematic for it. 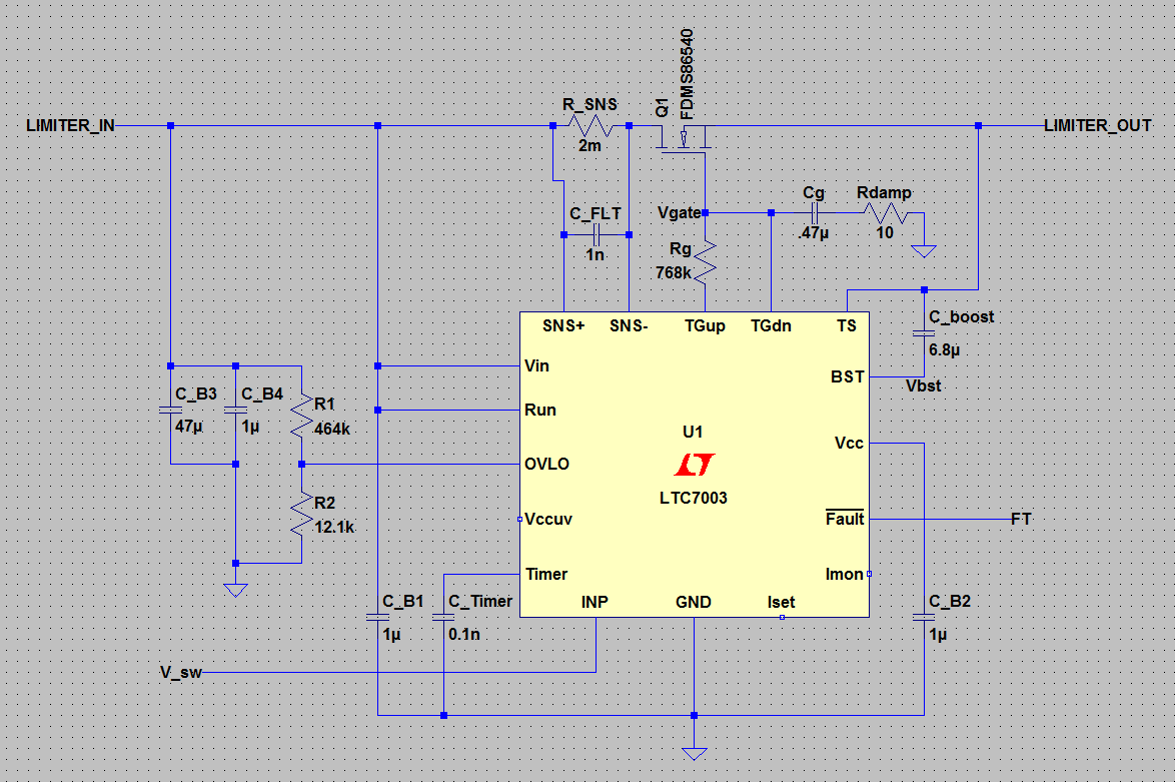 The LIMITER_IN pin ties to the output of the DC/DC converter, while the LIMITER_OUT pin feeds into the capacitor bank, as well as the subsequent boards.

I could potentially put a switch at between the capacitor bank and the subsequent loads, but for my current application that would dissipate an unnecessary amount of power. Is there a way for me to adjust my soft-start circuit to account for the premature loading on the cap bank? If not, are there other architectures I can look at to limit the inrush current of the cap bank? The primary goal is to minimize dissipated power after the soft-start completes.