What makes the self-inductance in a series LR circuit to fail stopping current forever?

This might be absurd question for many here but I'm trying to picture a bit in depth what is happening in an LR circuit and confusion arises.

Below is how a series LR circuit behaves when the switch is turned ON:

I can understand the basic explanation and the derivations.

But there is a particular part that confuses me here conceptually.

The texts mention that, the moment the switch is turned ON the current wants to increase but due to the self-inductance an opposing voltage induced as -L*di/dt which is equal to the battery/source voltage hence no current flows at time zero. The equations also support that.

All of these are clear if we look at the equations, but what really happens at the coil that there comes a time that the self-inductance loses the fight? I mean why doesn't its induced opposing voltage stay constant forever and stop any current flow? Is there a more phenomenal explanation rather than maths here?

First, it's just a silly analogy to say the current has a "will" or that the inductor is "fighting" it. This might help you visualize or remember what's the behavior going to be, but it has nothing to do with the physics of the circuit.

... and eventually the current reaches to the maximum value.

A more rigorous way to say this is, "in the limit as time goes to infinity, the current approaches a limiting value"

or "for any positive finite error \$\epsilon\$, if you wait long enough, the difference between the current and the limiting current \$I_{max}\$ will be less than \$\epsilon\$."

I mean why doesn't its induced opposing voltage stay constant forever and stop any current flow?

Because it's not the value of the current that induces the back-emf of the inductor, it's the rate of change of current.

Consider the case when you do not have any inductance in the circuit, and you close the switch at t = 0, the current profile should look like a step as shown below: 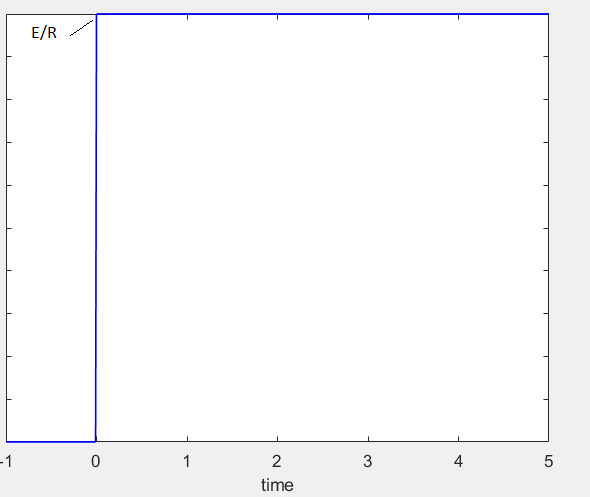 Before the switch was on (t < 0) there was no current and as soon as we close the switch at t = 0 we have a current \$\frac{E}{R}\$ flowing through the circuit. The current rises at infinite rate and reaches the final value. So what limited the current in this circuit and why did the current not rise to infinite value?
The answer is the resistance of the wire. It stops the current to rise beyond a certain point and this is exactly the reason why in an LR circuit the emf of the inductor starts to reduce because ultimately the resistor starts to reduce the \$\frac{di}{dt}\$ of the circuit.
To clarify this further, consider another case where we have no resistance but just an inductor connected with the battery and switch. In this case, there is nothing (no resistance) to limit the current of the circuit and the emf in the inductor will be constant and equal to battery potential. The current in this case would be: $$E = L\frac{di}{dt}$$ $$i = \frac{E}{L}t$$ Thus current continues to rise indefinitely and the emf stays constant.
This should make sense since there is no resistance we expect to get infinite current in steady state. But because of the inductance the rate of change of current is limited and we have a finite slope.

Thus as T becomes larger than zero time, there will be some current.

Not the answer you're looking for? Browse other questions tagged self-induction or ask your own question.

1
Why does the self-inductance of a straight wire decrease when its radius increase?