I'm studying my first year of electrical engineering and I am stuck with understanding how to determine transfer functions from different circuits.

The circuit to be analyzed is this one:

I tried solving it with the complex \$j\omega\$ method but there is something that i don't really understand. 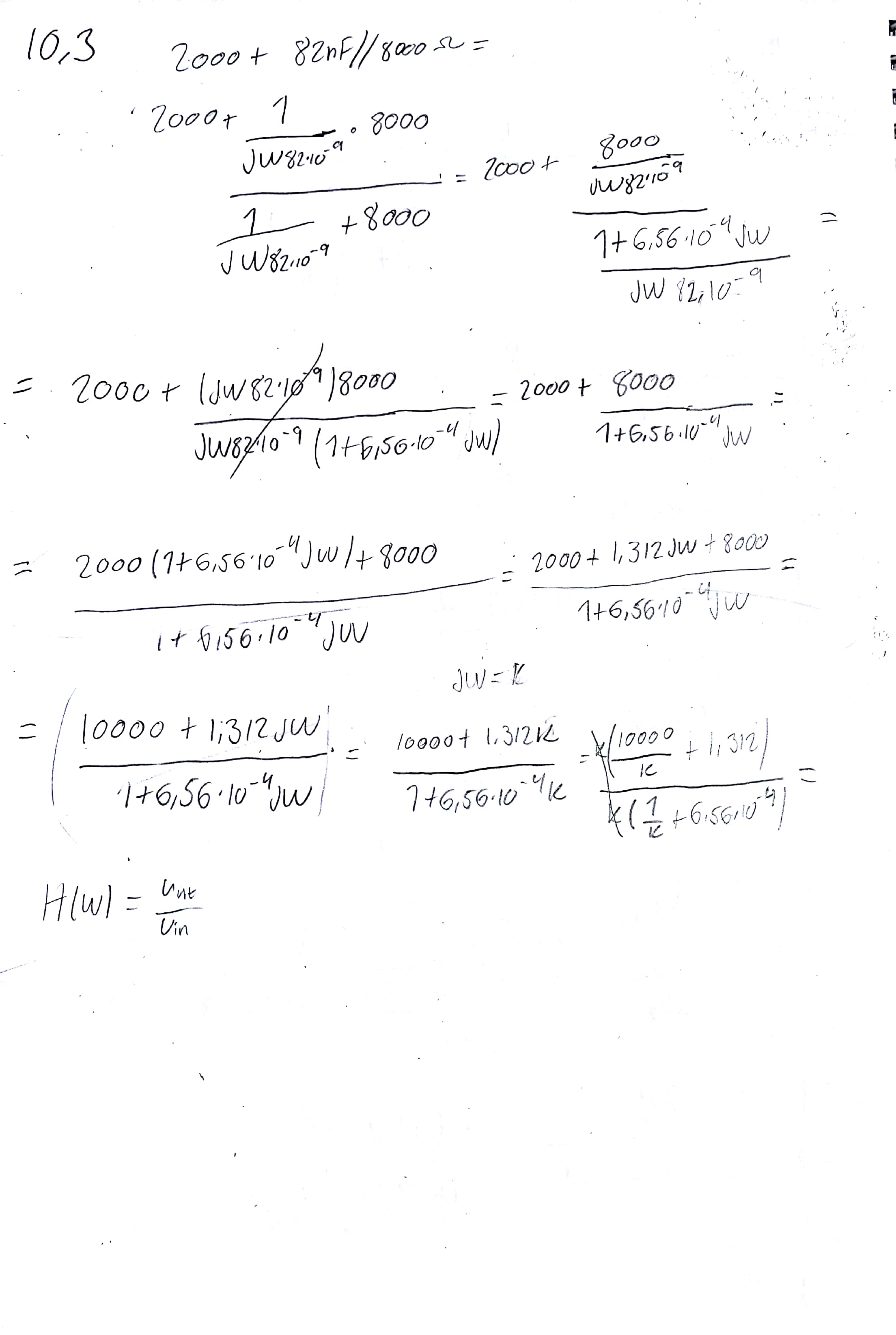 The other easier way it to apply the fast analytical techniques or FACTs introduced here. Your circuit includes one energy-storing element, the capacitor, so it is a first-order circuit. The stimulus is your source \$V_{in}\$ on the left while the response is the output signal that I called \$V_{out}\$. The mathematical relationship linking the response to the stimulus is called a transfer function. There are many ways to determine a transfer function. I have found that the simplest and most intuitive one uses the FACTs. Via simple manipulations, you can determine a transfer function without writing a single line of algebra, just inspecting the circuit.

Then, to determine the time constant of any circuit, you reduced the excitation to 0: your left-side voltage source \$V_{in}\$ is reduced to 0 V. Replace it by a short circuit. Then, temporarily remove the capacitor and, in your head, determine the resistance "seen" from its connecting terminals in this mode. See below: 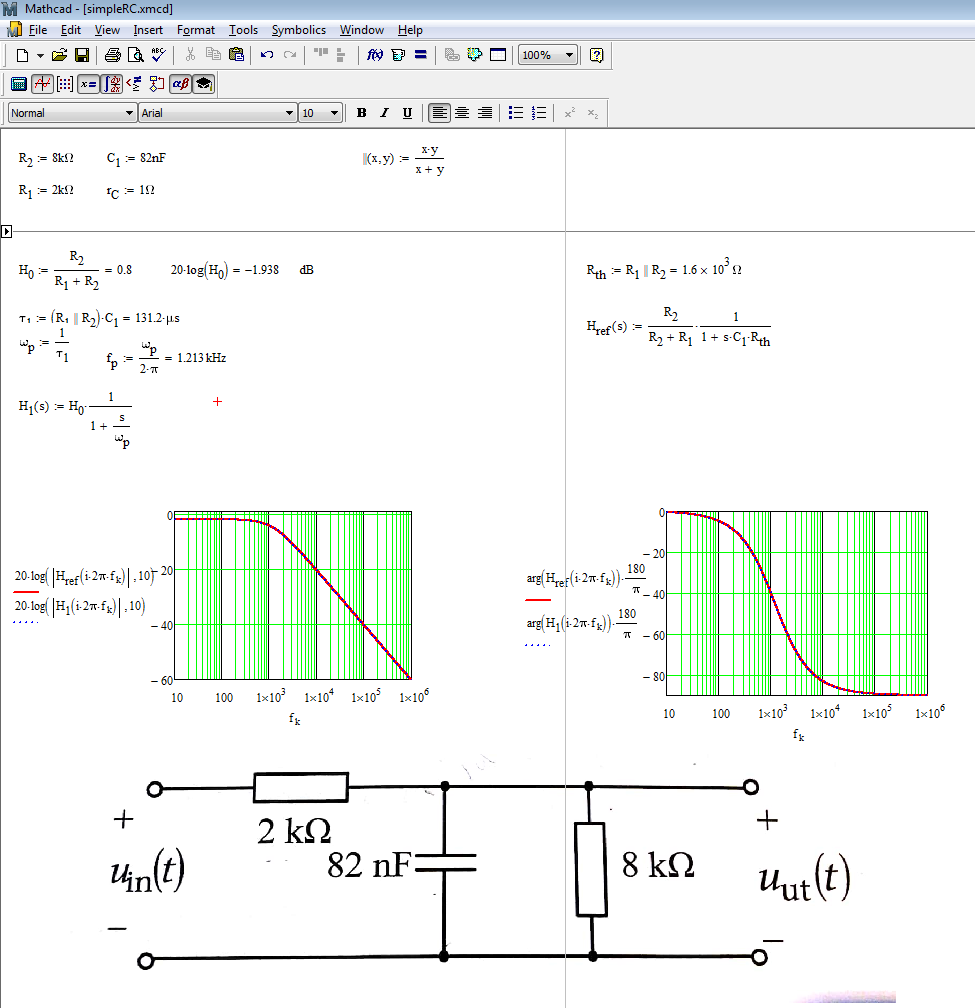 I really encourage you to discover and master the FACTs, they are an incredible analysis tool which will save you hours of algebraic calculus often ending in paralysis as the circuit order increases. There is an introduction to the FACTs here. Happy reading!

The resistance seen by the cap is the resistance in parallel to the cap when you deactivate the independent voltage and current sources in the circuit. In this case the only source is the input, hence deactivating it is equivalent to short-circuit the input terminals (assuming there is no source internal resistance to take into account).

which corresponds to a frequency:

The A constant is what you get when your frequency drops to zero, since it is a low-pass configuration. Therefore, at 0 frequency you can remove the cap because it is an open circuit. You get a simple voltage divider, whose ratio is:

Here are the results of an LTspice AC simulation of your circuit:

A zoomed image of the graphics with cursors enabled confirm the above analysis:

I hope you can see that the output is part of a voltage divider.

I believe you can take it from here.

I have kept the values of capacitor, resistors as variables, which generally makes your life easier while solving. 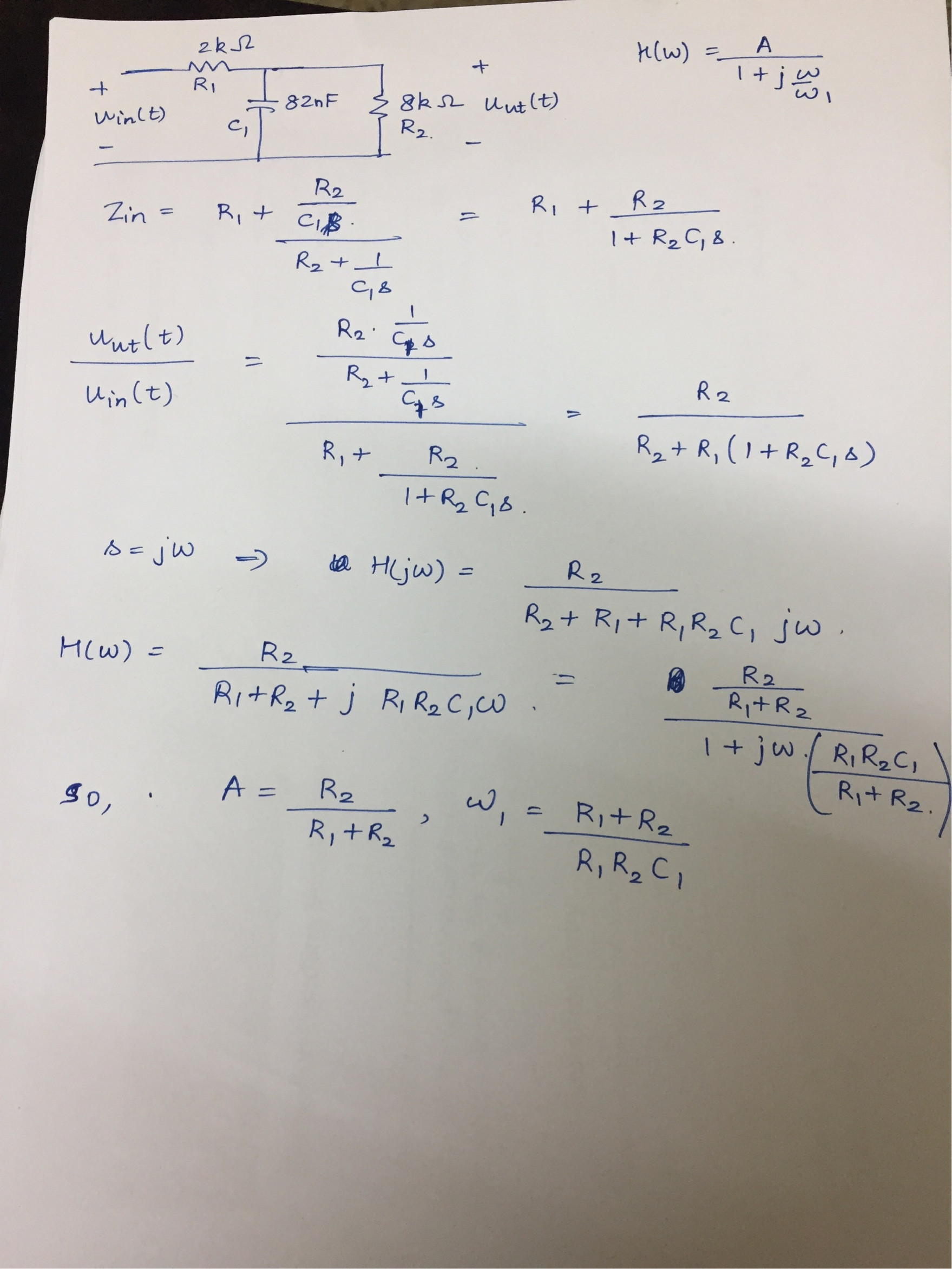 With the TINA program (www.tina.com) you can also generate the transfer function and more automatically. It is also great to check your results derived manually.

Here is a video how it goes. I'll add solution of your example later https://www.youtube.com/watch?v=sf_cXw7pF9s&list=PLScrHAmLYSQCRUFsGcFVpRp0W3IvTy3Gt&index=15

Not the answer you're looking for? Browse other questions tagged transfer-function or ask your own question.