Differential equation from a Wheatstone bridge with Inductor 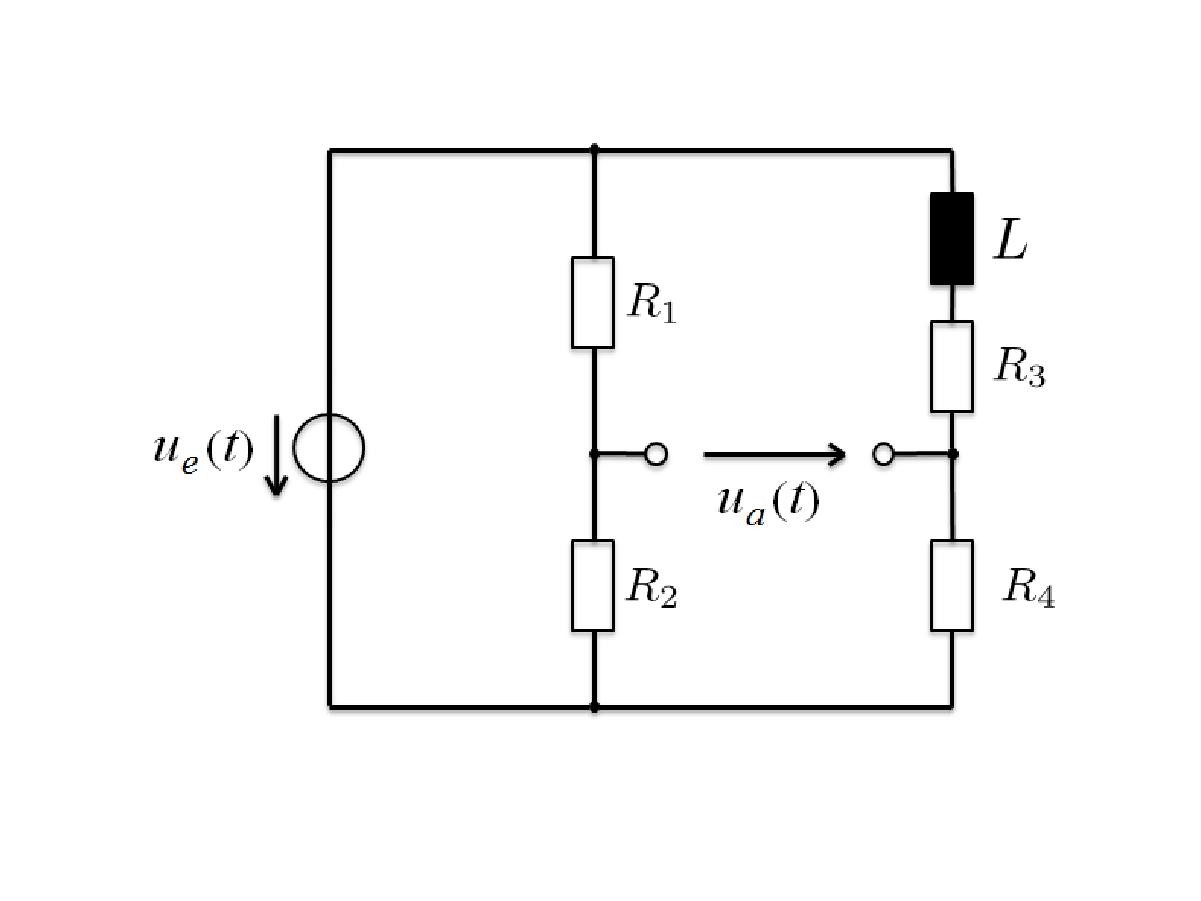 Some of the coefficients can be zero.

I can see that I'm going to have to integrate the inductor term in order to get an expression for the current, but I'm getting really confused about where I need to start and how to proceed.

I tried applying Kirschoff's laws as far as I could but I don't see how to fit them into each other to get a meaningful result.