There are several ways to bias the quiescent point of transistor, when used as an amplifier. Among which voltage divider is best known for its improvements (improved temperature drift and beta variation). But as we use different transistors, even voltage divider cannot make amplifier beta independent. 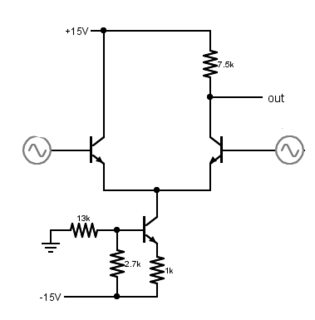 I am specially interested in the biasing of differential transistor pair (amplifier), where biasing is done only by replacing emitter resistor with active device known as constant current source, or should be done; as stated in Wikipedia and many other sites:

"...the differential pair is directly biased from the side of the emitters by sinking/injecting the total quiescent current. The series negative feedback (the emitter degeneration) makes the transistors act as voltage stabilizers; it forces them to adjust their VBE voltages (base currents) to pass the quiescent current through their collector-emitter junctions..."

I somehow still don't understand how a transistor could conduct any current without Vbe connected between the base and emitter of transistor. But by forcing the Vbe to "occur" and conduct current, whereas Vbe is forced by the current source...

Can anyone explain me what is actually happening here? Or at least show a practical example, where this kind of biasing is put into use. 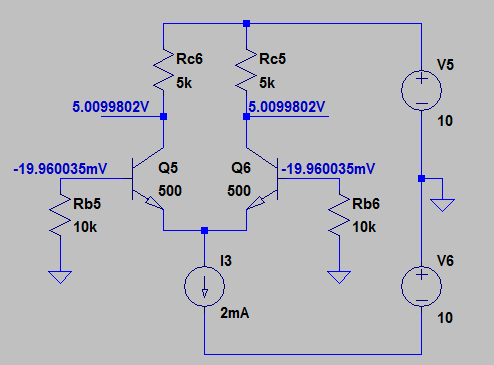 In this circuits we have:

And the base current is:

The voltage at the base is: 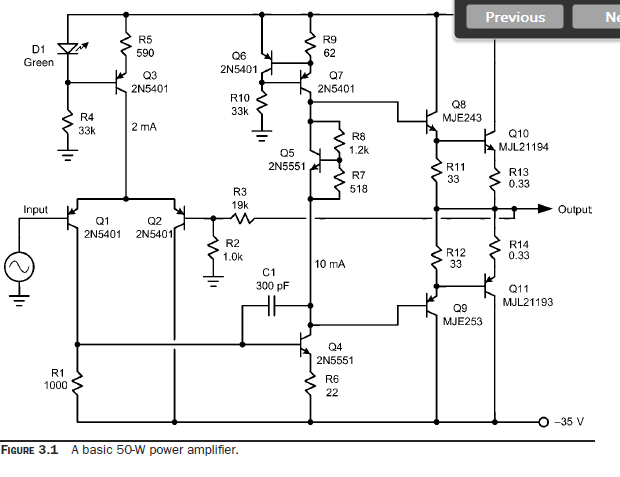 The design of Figure 3.2 differs from that of Figure 3.1 by the addition of emitter degeneration resistors R15 and R16 and by reducing C1 from 300 pF to 30 pF. The pair of 234-Ω emitter degeneration resistors implements 10:1 degeneration of the input differential pair by increasing the total emitter-to-emitter resistance RLTP from 52 Ω to 520 Ω. This reduces its transconductance by a factor of 10. In order to keep the negative feedback gain crossover frequency fc at the same 500 kHz for equivalent stability, C1 must be reduced by that same 10:1 factor. 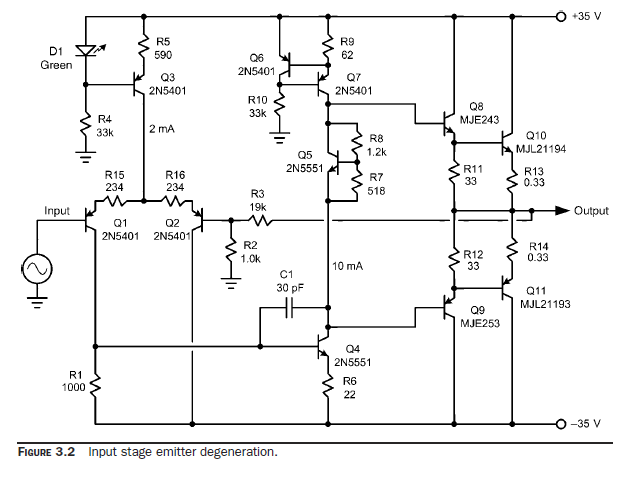 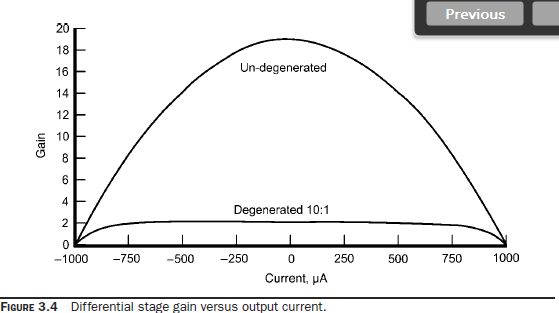 Not the answer you're looking for? Browse other questions tagged transistors constant-current diff-amp biasing hfe or ask your own question.

0
Help with understanding common-emitter amplifier
1
Choosing the bias components of a cascode amplifier
2
Transistor Differential Amplifier Non-linearity
0
D.C. Bjt biasing question
1
Multi-emitter transistor: does the transistor turn on per-emitter or as a whole?
5
Why is my transistor beta lower than expected?
0
Biasing in this FM transmitter
1
Emitter resistor and biasing voltage