Location of boot button in PIC microcontroller board

My question is why is the boot switch located at Pin 37 instead of being located at say Vdd? [pin diagram below] 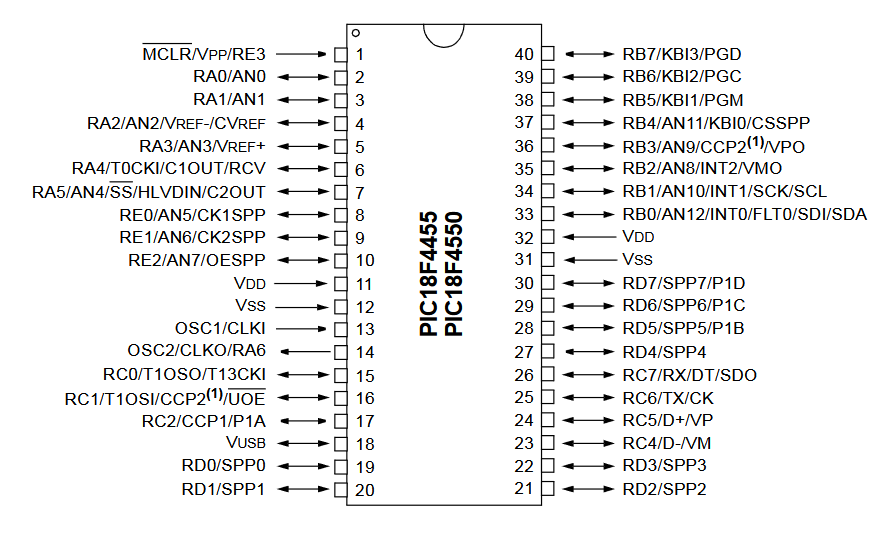 That boot switch is part of your lab, and not a default property of the pic. It is just attached to a GPIO pin which would be enabled in code as either some sort of "wake from sleep/low power" function(if that microcontroller has a low power state), or if the controller was programmed with a state machine that waited until that button was pressed before moving on.

As far as why it's connected to pin 37 specifically, if you look at page 20 of the datasheet, you can see the functions of that pin. One of which is the "pin change interrupt", meaning you can write an interrupt routine that will trigger when that button is pressed, but you don't have to poll that pin in code.

Continuing on to your second question of adding a boot switch to another controller, you don't have to add a boot switch to the microcontroller, so I'm unclear if you're asking this because you feel it is necessary, or because you have a specific project in mind, but to add it to another microcontroller you would just attach it to any gpio pin and then associate it in code to the action you want it to perform(boot or otherwise). Any gpio will do, but if you specifically want it to trigger an interrupt you'll need to consult the data sheet or that microcontroller to find a pin-change-interrupt enabled pin.

Microcontrollers can have a bootloader, that would then take advantage of a button, but it is not something inherent to the pic, that is something that was added for your labs development board.

This is similar in vein to the 'ATMEGA' vs 'ARDUINO' scenario. When most people get involved with microcontrollers, a lot of them start calling everything that might be a microcontroller an "Arduino", when all an Arduino is, is an Atmega(Usually Atmega328p) with the Arduino bootloader on it on a circuit board with an FTDI chip for serial communication over usb. This allows it to be flashed with firmware from the Arduino IDE. NONE of this is an inherent function of the Atmega microcontroller. If you purchased an atmega328p directly from Microchip you would then need to purchase an In System Programmer(ISP) specific to your chip line to flash your firmware onto the chip. For the pic you are using you would use the picKit.

Microchip provides the tools and information to write your own bootloader or make use of the space, so if you wanted to implement this yourself it's possible, just a higher level project.
Link to Microchip bootloader tools/information Link to an already made Microchip Bootloader which includes more explanation of how a bootloader works.