I have been using threads(single wire) inside CAT 5e wire in a project for providing input to the circuit and output to a telephone. The source is 50V DC but the input to my circuit is just 4.86V DC and same is at output. The input to my circuit is measured right where the wires are poked in the circuit. What can be the reason that my input is downgraded to 4.86V DC from 50V DC.

Picture of my implementation: 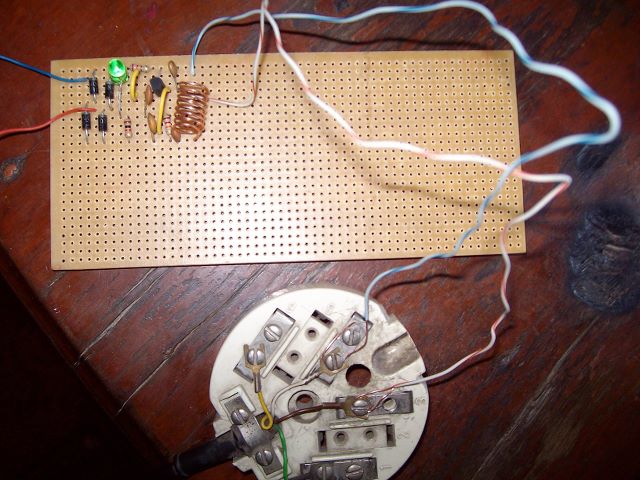 Layout of the circuit:

It is not your wire, your circuit is loading the voltage source. Telephone lines are not designed to deliver high power.

If you measure your voltage at the wall with your circuit connected, or as you connected it, you will find the voltage drops then. You are pulling more power then you have available. You need to instead have your own power supply and only use the phone signal as a signal and not a power source.

The rating for voltage of those cables does not matter here, they are not in the cabling and have an air gap added.

I suspect your circuit is faulty in some way - phone lines are only meant to supply a small amount of current, but your circuit should only draw a few milliamps if it's working correctly.
With the output wires shorted, what is the resistance between the two input wires? Or what is the resistance from the top of the LED to the bottom of the 1k resistor in series with it?

I think you may have damaged the circuit when you tried it without the necessary breaks in the stripboard.

The analog telephone system is actually designed to experience this kind of voltage drop when a telephone goes off-hook and loads the line. That's a key part of how it works, and how the provider equipment is signaled that the subscriber has their phone off-hook.

Granted, the mere fact that a proper telephone would do this to the line does not mean that your circuit is functioning as intended. If it is not intended to act as an off-hook telephone as long as it is connected, then something is probably wrong with it. For example, a passive monitoring device would be useless if it held the line in the off-hook condition, since no calls could be placed or received as long as it was installed. And even if the device is intended to act as an off-hook telephone, the mere fact that it is loading the line somewhat similarly to how a telephone would does not mean that the circuit is receiving and transmitting information.

Not the answer you're looking for? Browse other questions tagged voltage dc telephone or ask your own question.

0
Building a telephone spy
12
Could someone help me understand this simple circuit?
1
Power a circuit and read output from tablet microphone port
0
Breadboard circuit not working as intended
1
Workings of a microwave oven magnetron transformer
2
Is it possible to connect a 3-wire line without stripping an RJ11 line cord?
4
Extracting speaker, microphone and hook signals from a two-line telephone
2
Small DC motor in parallel - what battery to use for powering the circuit