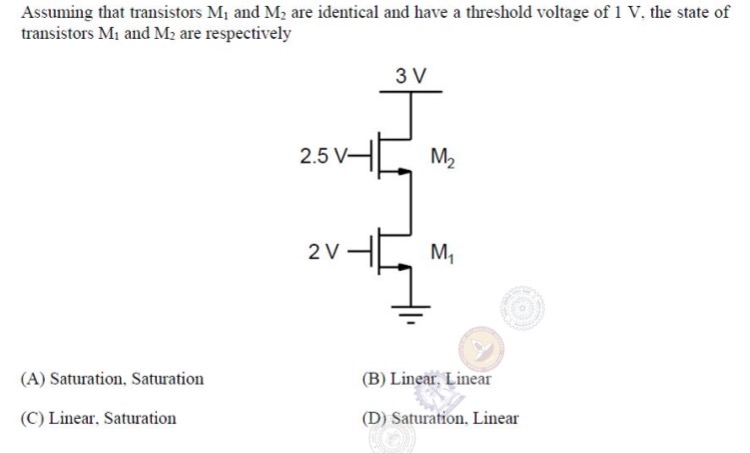 I understand that M1 is on and for M2 to be on the intermediate voltage(drain on M1 and source of M2) should be less than 1.5V. Also if M2 is ON then M2 is in saturation since Vds>(Vgs-Vt) for M2. Now coming down to M1 and applying the same condition I understand that if the intermediate voltage is less than 1V then M1 is in linear region and if the intermediate voltage is between 1V and 1.5 V then M1 is in saturation.However, I'm stuck at this point. How do I conclude the region of operation for both the Mosfets? Is this problem to be solved using intuition assuming regions of operation and then the condition that same current flows,if then please explain.

This is a bit of a trick question. 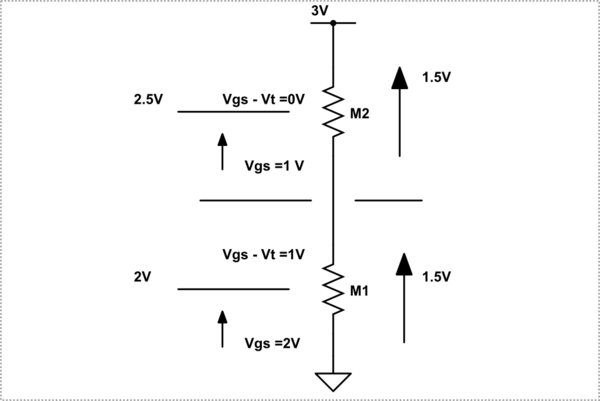 Now is M2 actually on?

In order to figure out where you need to look at the On_Region Characteristics of the MOSFET. Below is a typical example for an AO8408. 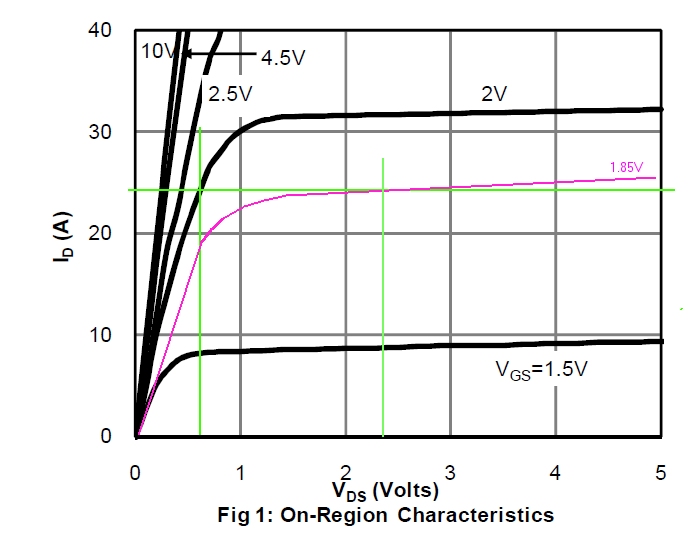 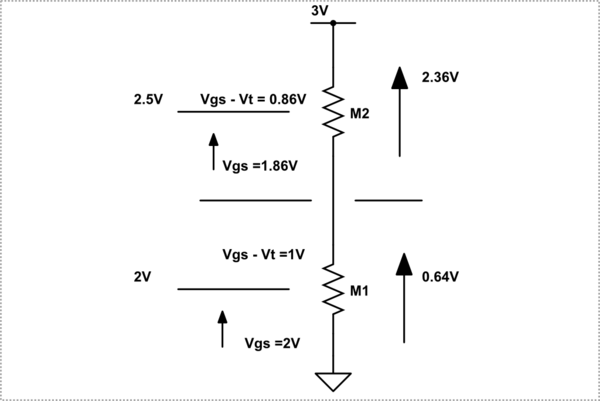 According to the Wikipedia formula for MOSFET saturation, both MOSFETS must be in saturation. For real MOSFETS, or at least the one I chose here, by that formula, the top one is saturated and the lower one is not.

Arguably, I'd say in this example, since it is balancing itself, neither are really "saturated" OR acting linearly.

Note: There is some confusion over the term "saturation" when applied to MOSFETS.

Not the answer you're looking for? Browse other questions tagged mosfet nmos saturation biasing linear-region or ask your own question.

45
MOSFET as a Switch - When is it in Saturation?

3
Input Characteristics of MOSFET in triode region?
1
Clarification on region of operation in MOSFETs
0
How does the substrate voltage change the state of the MOSFET?
1
Why does a MOSFET enter saturation?
1
FET DC operation in the ohmic region if the SOA curve doesn't have a DC line?
3
MOSFET terminology seems to vary in every article I read