So I have found the circuit for a band pass filter. I know its function and what it does, but I haven't understood yet why its components are placed were they are. Why are the capacitors and the resistors formed this way? and how their placement affects the form my voltage graph will have (square to sin graph) 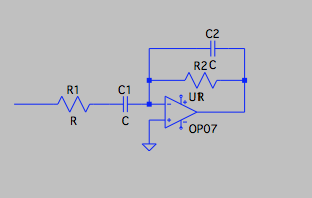 This configuration is an active inverting bandpass filter. Simply said, low frequencies are blocked by capacitor C1 while capacitor C2 enables high frequencies to pass through untouched. Both cutoff frequencies (frequency at which the amplitude reaches -3dB) are adjustable independently.

A square wave passed through this filter will be a sum of sine waves. All frequencies in the pass-band will be kept untouched, while other will see their amplitude reduced and phase altered.

It may help to think about the circuit in two parts. 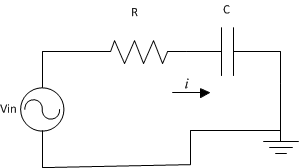 In the first half, we have the input signal running through a resistor and capacitor in series. Recalling that capacitors "block" current at low frequency and "pass" current at higher frequencies, inituitively we can say that this part screens low frequency signals. Lets say it effectively screens upto some frequency \$f_1\$. 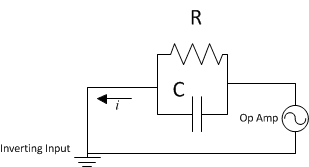 In the second part of the circuit, we have a resistor and capacitor in parallel. Keeping in mind the properties of capacitors, at lower frequencies the current will mostly be flowing through the resistor. At some frequency, \$f_2\$, the capacitor will start allowing more and more current through it; effectively shorting the resistor out.

Applying the golden rule of op-amps, once the resistor has been shorted out, the op-amp has acheived its goal of \$V_{invert} = V_{non-invert}\$ and will try and do whatever it can to maintain that.

To make a bandpass filter, we must choose the frequency setting of each half such that \$f_1 < f_2\$. altai's answer provides the specifics.

There are several reasons to use an op-amp in a filter. One reason is it allows the circuit to have gain during the pass-band.

More information can be found here.