How to protect a DC Motor from stalling

There is a electric motor butterfly valve that opens and closes by putting 12v on the motor to open the valve. Reverse the polarity and it closes.

This is the motor and valve in question 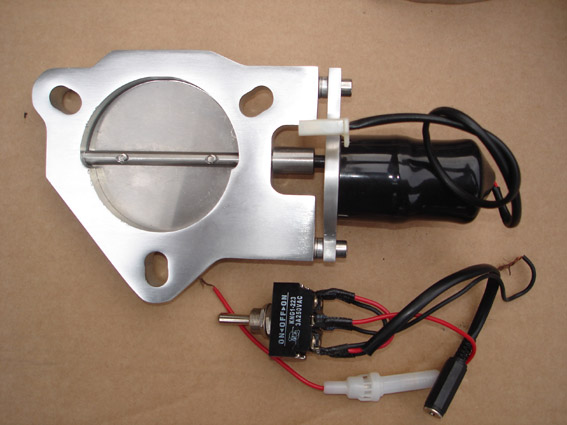 I see in the picture they are using a simply DPDT toggle switch (ON OFF ON) SWITCH They are way over charging for this switch so i would like to build one myself as im sure its very simple.

Could i add two 3A resettable Fuses one on the negative side of the motor and one on the positive. so when the motor closes and cant close no more the current increases and the fuse kicks in and turns voltage off till i let go of the switch. then again polarity is reversed when i flick the switch the other way and as valve opens and cant no more the other fuse does the same ?

It takes 3 seconds for the valve to open/close but holding the switch down every time counting is not desirable. also the website mentions the motor has a Bumpstop. I cannot find any information on this on google.

First you need to figure out if..

A. Does the motor care if it is driven when stalled. Many small motors will quite happily stay stalled almost indefinitely especially when attached to a large metal plate. Handling you holding the switch too long would definitely be anon-issue in this case.

B. Does the motor already have a built in mechanism to cut the power when the load exceeds some threshold. This should be fairly obvious when running it. If it does not you should be able to hear it straining and getting warm. If you can't detect it that way, use an ammeter in series with the switch and see what it does.

Options if neither of those are true.

A resettable fuse is one. However, you would only need one, not two. Put it in the positive wire that comes from the battery before the switch.

These devices are not really intended for high usage, they are more designed to do nothing most of their lives and only act under exception conditions. As such, I would not recommend this approach.

You could add a thermal switch attached to the motor body. If it gets hot, it would cut the power to the motor till it cools down again.

Not exactly a great solution, but it is a safe, and simple one that will help protect you if the switch gets stuck in the closed position.

A better alternative is to use a circuit that monitors the current and detects the motor hitting the bump stops and then shuts off the motor. Once in that state the circuit would remain off till the demand from the switch changes.

Note, again this circuit needs to be smart enough to ignore the large, changing current, that happens when the motor first starts.

This is more of a mechanical solution with some wiring. Using two switches and diodes, or sensors, you can detect the end points of the actuator motion and disconnect the power from the motor when it reaches the appropriate position. (See image in Janka's Answer.)

Although a simple fix electrically, this method does of course require some tricky mechanics, especially, in an engine environment where grease, oil, and dirt can bung-up the works.

It does however add a nice feature that you get feedback on the current position and can light a warning light when the thing is open/closed.

Bumpstop means the drive assembly has two switches which automatically cut power to the motor as soon one of the end positions is reached. To get the motor moving in the other direction, it either has two diodes which parallel those switches internally connected or you had to supply those. Check the datasheet of that drive assembly.

Not the answer you're looking for? Browse other questions tagged dc-motor automotive or ask your own question.