How to improve peltier efficiency, use a CPU cooler?

I could really use some advice here.

I am currently using a cooled/heated seat cover in my car that uses a peltier circuit to either cool or heat water and that water is then pumped through a matrix pad that is on the seat bottom and back.

Here are some photos of the product in question so you can get an idea of what is involved (all photos from the retailer's website): 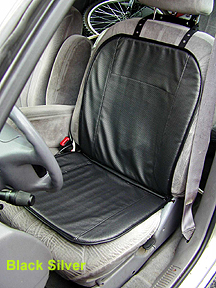 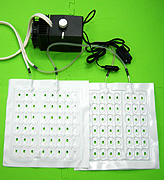 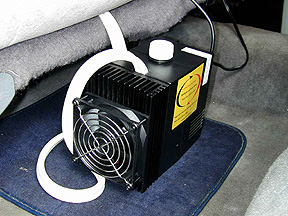 I was curious if the cooling/heating ability of the peltier circuit would be improved if I added a CPU cooler like this: 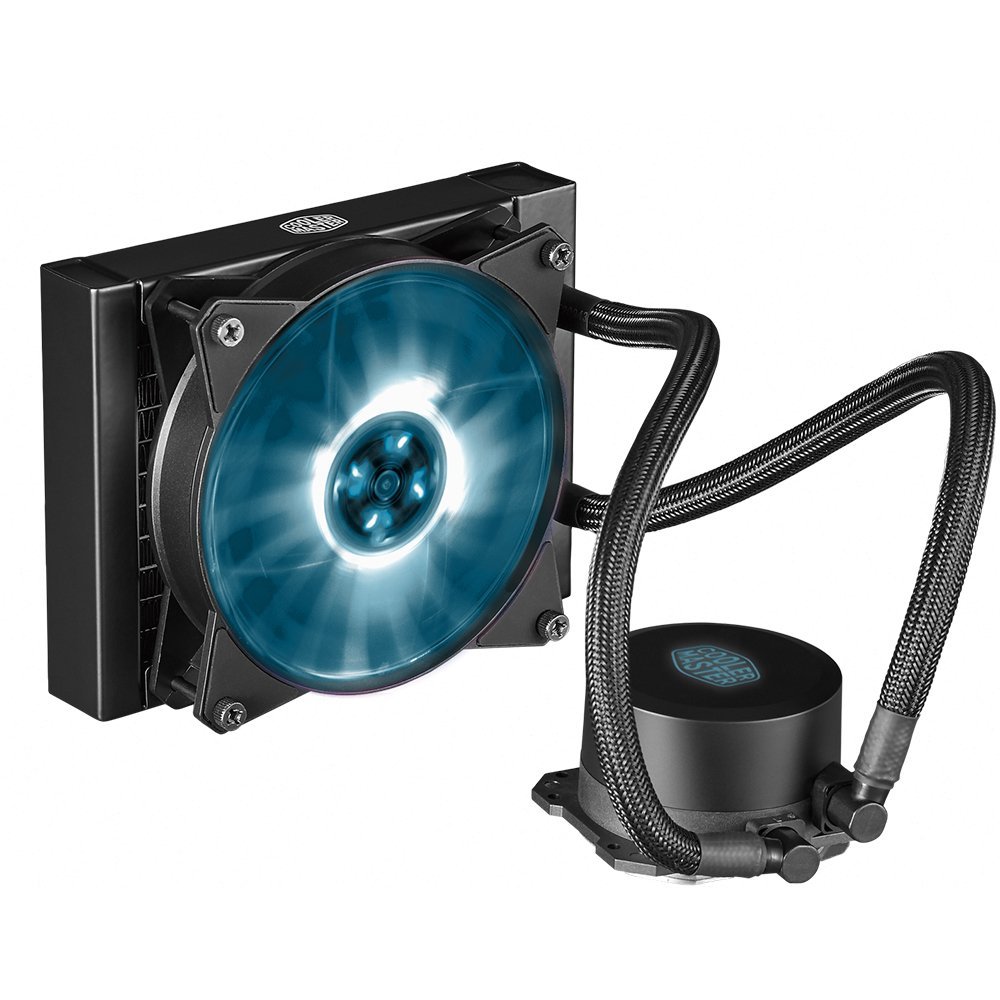 I am not an engineer, and I don't play one on TV (or the internet) so I was hoping to get some educated advice as to whether or not a CPU cooler would help this product cool the water even more than it already does.

Not sure if it is relevant or not, but I am in south Florida and drive a convertible, so in-vehicle temperatures are closer to ambient than they would be in a hardtop.

Here is a photo of the heat enchager/pump unit in the car. It sits behind the passenger seat: 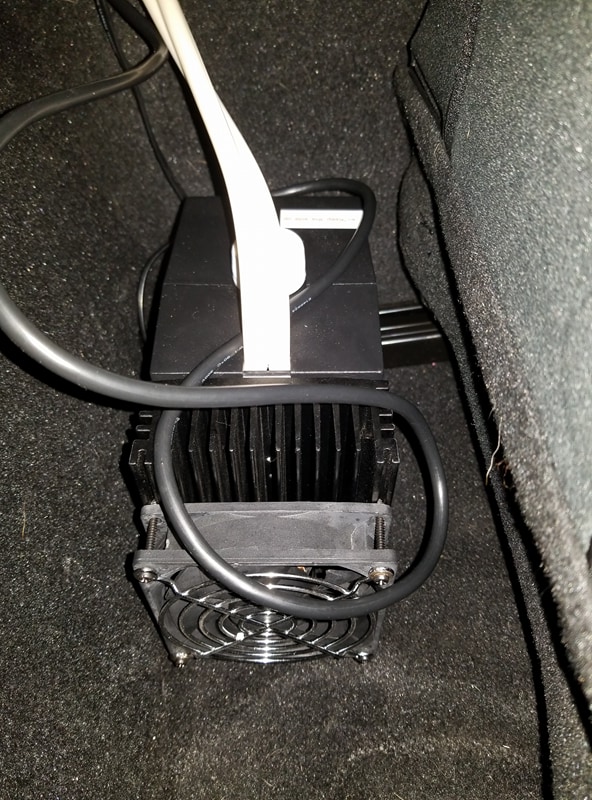 Thanks so much for any layman-friendly help or advice you can offer.

If you attach the CPU cooler to the heatsink on the black Peltier box, then it will help cool the water but probably only by a very small amount.

The reason I don't expect it to work very well is because there is already a large fan-cooled heatsink present. The CPU cooler adds some more heatsink, but not much relative to what is already there.

If you want to get a better idea of how well this could work, then you could measure the temperature of 1) the air, 2) the heatsink on the module, 3) the water as it leaves the module, 4) the water as it comes back. This would let us calculate which section (matrix, peltier, heatsink) was the bottleneck and how to improve it. The CPU cooler would only be effective if the heatsink was the bottleneck, but my money would be on the peltier being the bottleneck, as it is the most expensive part.

I'm not entirely sure on the size of the current fan, but it looks like 60 mm or 80 mm and the cooling surface is not all that big compared to the 120 mm radiator on that water cooling setup.

But a first estimate of a possible improvement would be to get an idea of how much degrees above the ambient the current heatsink is. If it's very close to ambient, you won't get an improvement - if it is noticeably higher than ambient, replacing the heatsink will probably give you a benefit.

To really get a benefit, you have to remove the old fan and the current heatsink and place the CPU cooler directly (with some thermal paste) on the peltier element - you want the hot side of it as close a possible to ambient to get the cold side temperature as low as possible.

Often replacing the thermal interface material to something of higher quality helps as well to get the heat away from the peltier element.

Another point, mentioned by @Trevor in the comments, is that in your current setup almost half of the airflow is obstructed because it is sitting on the floor mat and tries to push down the hot air. So even raising it up a bit or turning it by 90° (if that is allowed) might help.

A bigger improvement would probably be achievable by moving from a peltier element to a small compressor. There are very small ones available, which already provide up to 455 W of cooling power.

You could also hook that cold side up the hot side of the peltier cooler to get even colder.

3
car A/C using peltier devices, is it feasable'
0
Efficient cooling system for a DNA Analysis thermal cycler
2
Peltier Module TEC1-12706 draws only 2.7A. Is it normal or my unit is defective?
3
Two weaker peltiers vs one stronger peltier for cooling?
0
Peltier power supply voltage dropping
0
Is it sufficient to cool 4 TEC1-12708 (Peltier)?
1
Why does a Peltier cooler heat up when cooled by ice?
0
Peltier Heat Generation and Dissipation
1
Optimise Peltier cooling system: PWM or not?
1
Peltier not cooling